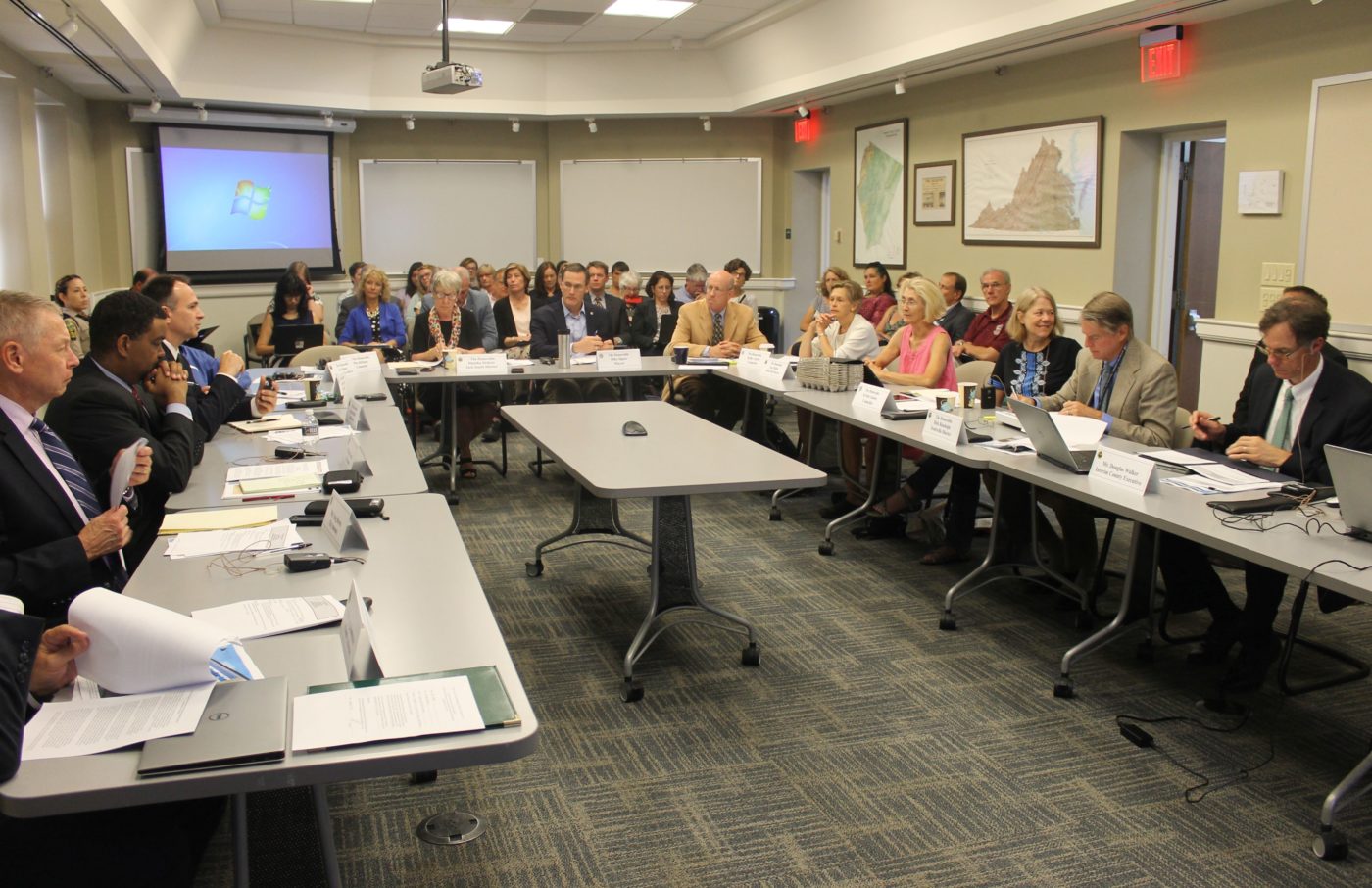 The Albemarle Board of Supervisors and the Charlottesville City Council have agreed to enter into a formal partnership to help improve bus service in the region.

“This is a partnership that is advisory,” said Chip Boyles, the executive director of the Thomas Jefferson Planning District Commission. “It’s a committee and board of decision-makers that will begin to review some different documents and communications that haven’t been reviewed by a joint body before.”

The agreement comes eight years after the two localities opted not to form a Regional Transit Authority to expand transit routes in the area.

“The problem is we didn’t get the authority to fund that from Richmond which is one of a few reasons that effort stalled,” said Will Cockrell, a transportation planner with the TJPDC.

Charlottesville Area Transit is operated as a division of the city’s public works department and has an $8 million operating budget for the current fiscal year. That includes $1.14 million in funding from Albemarle, but county officials do not have a formal role in how CAT is governed.

JAUNT is a public service corporation independent of the two governments and operates both urban and rural routes, as well as point-to-point service. The total budget for this year is $10.13 million.

The University of Virginia operates its own transit system and will not be a formal participant in the partnership.

Cockrell said the partnership is not about joining up the various services but helping them work better together.

“It’s looking more at a systems analysis of the different transit systems,” Cockrell said. “How do they communicate? How do they work with the localities?”

Cockrell and his colleagues interviewed elected officials and transit staff. They also read through several years of budgets.

“The main issues that we’ve pointed out is a need between all of these different players to build trust,” Cockrell said. “We really need to get some wins together as the city, county and other agencies to build trust and build a partnership on top of that foundation.”

Albemarle Supervisor Rick Randolph said he was concerned with language in the memorandum of understanding that stated the partnership would provide a “trial version” of a regional transit authority.

Randolph wanted benchmarks that specifically outlined when an authority might be created.

However, Supervisor Ann Mallek said the partnership is intended to provide a forum for those questions to be answered.

“I would prefer not to get into those weeds before we get this partnership started,” Mallek said. “I want to get this group together and see if they can find a better way to bring these issues forward.”

Boyles said the future of the partnership could take three different forms.

“The partnership may just solve all of our problems and may stay in operation in perpetuity,” Boyles said. “It may [also] prove to be not very advantageous and we would just choose to go back to business as usual. Or it may show us that we really have moved forwarded, we’ve built the trust and have the plans in place for an authority.”

Councilors voted 4-0 to approve the partnership. Vice Mayor Wes Bellamy did not attend the joint meeting due to a work conflict.

Supervisors voted 5-0. Supervisor Brad Sheffield abstained from the vote and recused himself from the discussion because he is the chief executive officer of JAUNT.

After the vote, he said he appreciated that the partnership is already bridging gaps.

“When this process first started, I was skeptical of where it was headed,” Sheffield said. “But I am very impressed with the process and the outcomes and it’s built a lot of trust.”

Cockrell recommends the leadership consist of two Councilors, two Supervisors, two members of JAUNT’s board of directors, and a representative of the Virginia Department of Rail and Public Transportation. Representatives from Greene County Transit would also be invited to attend.

“They are within our rural region and very likely during the next census update, portions of Greene County will fall within our Metropolitan Planning Organization district,” Boyles said.

Boyles said a carpool service run by the TJPDC will be involved in the partnership.

“We believe there are a lot of opportunities where RideShare can begin to support JAUNT and CAT in the transit services they provide within the region,” Boyles said.

The partnership is being formed at the same time that planners in Harrisonburg, Staunton and Waynesboro are seeking funds for bus service to Charlottesville. The Charlottesville-Albemarle MPO will discuss the idea with their Shenandoah Valley counterparts on Sept 27 at King Family Vineyards beginning at 11:00 a.m.