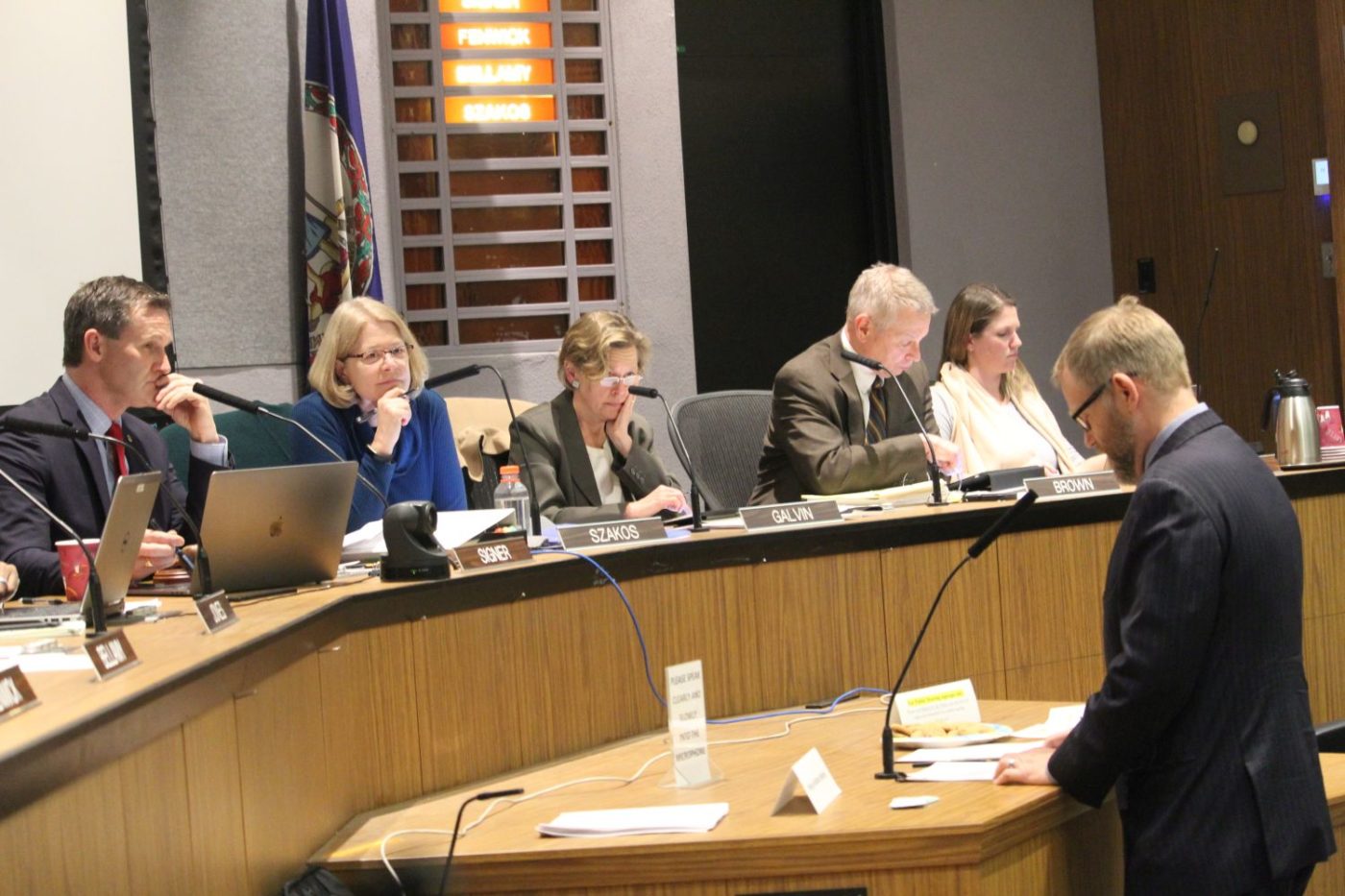 The Charlottesville City Council took its first look Monday at a year-end surplus created by higher-than-expected tax collections as well as a wave of retirements by city employees.

That amount represents 5.2 percent of the city’s adopted budget of $162 million.

The surplus is a combination of revenues being over projections and departments spending less than budgeted.

“This is the largest surplus I have ever seen in the six years I have been on council,” said City Councilor Kathy Galvin.

The council, as well as members of the public, weighed in Monday on what should happen with the surplus funding.

Mayor Mike Signer said many in the community are concerned about gentrification.

“Is there a precedent where there could be some action to steer some portion to an effort to address the issue with something new?” Signer asked.

Cullinan, who was appointed finance director in December 2014, said it was up to the council’s discretion on how to proceed with allocation of surplus funds.

“I would just offer a note of caution that one of the things we need to be cognizant of is that we treat these as one-time revenues,” Cullinan said. “We don’t plan on a surplus every year, and plan to be conservative in how we manage the finances.”

Revenues overall were $6.5 million over budget.

The 2017 tax assessments for commercial properties came in higher than had been anticipated to the tune of $2.478 million. Lodging taxes were $879,882 over budget, an additional $466,648 was collected through the meals tax and $290,177 was received in additional personal property taxes.

Expenditures were down across all city governments by $2.44 million, or about 1.4 percent of the budget. Money not spent included $631,592 in the parks and recreation department due to retirements, $258,639 not spent on Charlottesville Area Transit due to lower than budgeted fuel costs as well as a vacant assistant manager position, and $281,867 due to vacancies in the Commonwealth’s Attorney’s Office.

“City departments continue to do a very good job of monitoring their budgets, which resulted in expenditures less than budget,” Cullinan said.

Staff requested that $2.72 million of the surplus be carried over into the existing year’s budget. This includes items that were budgeted by the council but have not yet been programmed, such as $57,000 under the line item “community arts coordination.”

For the current year, staff recommended $326,037 for use by the Department of Neighborhood Development Services for various initiatives including $200,000 to create a 3-D modeling system to assist with understanding of how development proposals would affect the way the city looks in the future.

Another $110,037 would be additional funding paid to the Toole Design Group to update the city’s Standard and Design Manual. So far, $200,000 has been authorized for that use.

“The initial fee estimate from the consultant was approximately $330,000,” reads the staff report. “Staff negotiated the scope and fee to bring it under $200,000, but as a result, the certain aspects of the manual had to be moved to optional services.”

The staff recommendation also includes $70,700 for the police and $15,000 for the sheriff’s office to purchase additional protective equipment.

Another $130,000 would be used for school maintenance at Buford Middle School. The Department of Public Works would get $300,000 to replace its salt storage facility.

“Ours is failing, and we need to replace that,” said City Manager Maurice Jones.

A land bank corporation the City Council has taken under consideration would receive $120,000. An additional $10,000 would go to cover cost overruns for a new water feature at Tonsler Park.

The City Council would get an additional $124,000 for its reserve fund, though uses for that money have already been identified. Funding for a jail diversion program would cost $99,000 and the rest would go to help pay for the Vinegar Hill memorial currently under development.

The resolution also calls for $650,000 to be allocated to a citywide reserve fund, with $350,000 of that to be used to pay for Tim Heaphy’s independent review of the various protests and rallies that took place in Charlottesville this spring and summer.

Jones recommended the balance of $6.24 million go towards the city’s capital improvement program for “future or unforeseen capital needs.”

“We’re taking the excess funds and putting it into our capital contingency fund,” Jones said. “At any point, we could have a discussion about another potential investment and come back and tap into that fund if necessary.”

For instance, the council used $2.85 million from the contingency fund in November 2016 when it purchased 0.4 acres at the corner of East Market Street and Ninth Street Northeast for use as a future parking lot.

Don Gathers, who has become a frequent critic of the City Council since being chairman of the Blue Ribbon Commission on Race, Memorials and Public Spaces, suggested other ways that the money be spent.

“Three million dollars should go toward affordable housing,” Gathers said. “Start by building $80,000 starter homes, and then create and allocate some vouchers with the rest of the money.”

Gathers also called for an additional $2 million to be spent to build homes for the homeless, $1.2 million for the creation of a citizen advocate office and $700,000 to remove Confederate statues from city parks.

Several people spoke during a public hearing. Joe Thomas, a radio host with WCHV, called for tax reductions. Peter Krebs of the Piedmont Environmental Council called for investment in trails. Nancy Carpenter called for spending on projects that would solve the city’s homelessness problem.

“Perhaps $2 million could assist with creating another project like the Crossings,” Carpenter said, referring to a single-room occupancy facility on Preston Avenue that was built on land purchased by the city in December 2010 for $1.55 million.

Other speakers called for investments in public housing run by the Charlottesville Redevelopment and Housing Authority.

After the public hearing, City Councilor Kristin Szakos said she wanted to look into the creation of a public toilet on the Downtown Mall that would be open 24 hours a day. She said this would assist the homeless. She also called for a “racial equity plan.”

The other city councilor with an expiring term called for some of the surplus to be spent on public housing.

“I think we ought to set aside a fund to make sure the CRHA, which has been the subject of many comments, has the people and the assets to take care of their properties,” said City Councilor Bob Fenwick. “I would put that at the top of the list.”

The council is scheduled to take action on the year-end appropriations at its next regular meeting on Dec. 18.