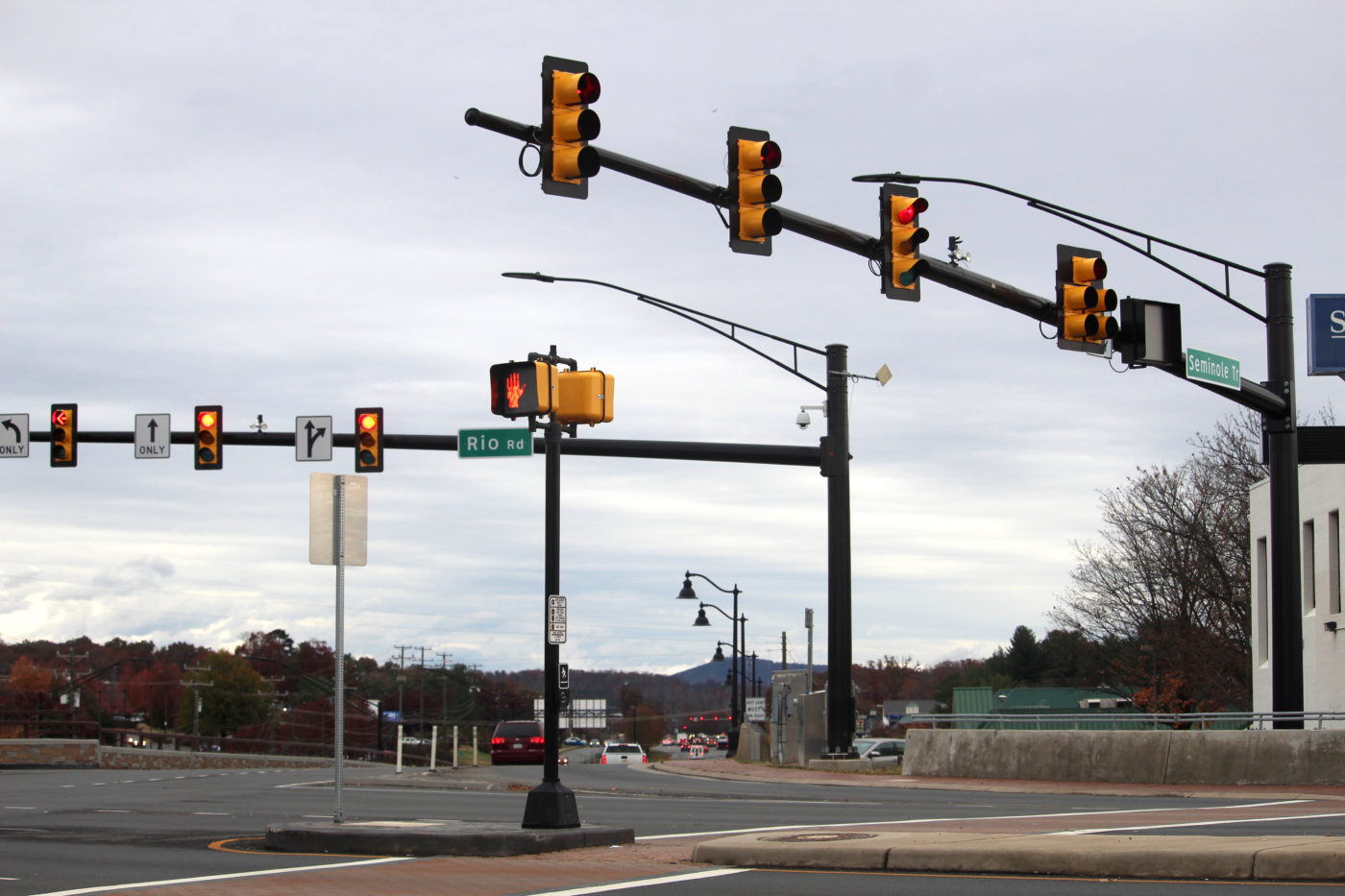 Albemarle County’s blueprint for a walkable, urban destination at the Rio Road and U.S. 29 intersection has been approved.

The Board of Supervisors voted unanimously Wednesday to adopt the Rio29 Small Area Plan into the county’s Comprehensive Plan. The vote came after 2½ years of community meetings and county staff efforts.

The small area plan allows the county to incorporate the growing number of people who want to live in Albemarle and grow the county’s tax base, while preserving the county’s rural areas.

“In order to achieve these goals, our development areas need to be places that our residents and businesses want to be,” said Travis Pietila, staff attorney at the Southern Environmental Law Center. “As the plan acknowledges, this area faces a number of challenges in this respect today.”

The plan stretches a half-mile in each direction from the Rio-29 intersection, excluding the Woodbrook, Berkeley and Raintree neighborhoods. Currently, approximately 40 percent of the remaining acreage is filled with parking lots.

The plan envisions a mixed-use neighborhood with shops, homes, transit and other amenities within a 15-minute walking distance. The tallest buildings would line Rio Road. Buildings on the edges of the plan, next to neighborhoods, would be shorter and smaller. 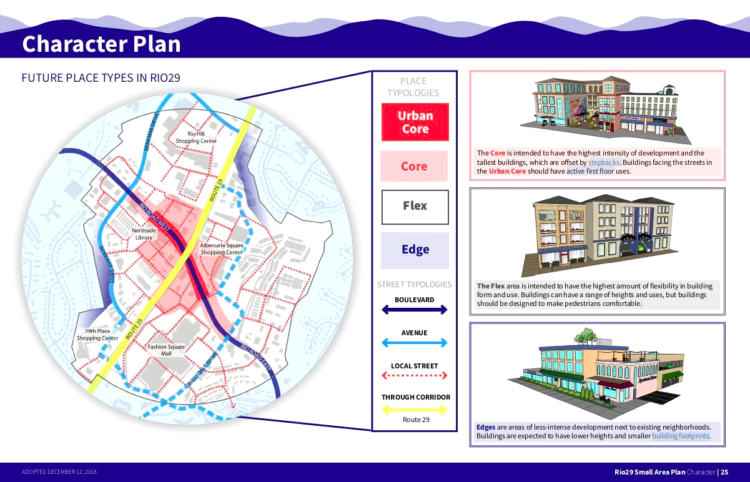 However, as Neil Williamson of the Free Enterprise Forum emphasized during the public comment period, the plan is a vision not a promise.

“You don’t own any of this land — well, you own a little bit of it there by [Northside Library] — but this only happens with private investment,” Williamson said.

Property owners and developers can read the small area plan to understand the county’s expectations as they decide to redevelop their properties. The plan suggests that the county create a clear and streamlined process for reviewing developments to encourage developers to follow the plan’s expectations.

“I see already a couple of projects trying to get out of the gate that are trying to live up to the ideals of this plan. As soon as the first domino falls, this really could take off,” said Supervisor Ned Gallaway, who represents the Rio District.

In addition, the plan outlines six “catalyst” projects that the county could invest in to further encourage property owners to invest in the region. The projects include a community plaza at the library, a bus stop, constructing part of a walking and biking trail that goes to Charlottesville and creating a streetscape plan for Rio Road.

However, the plan for the county’s capital investments for the next four fiscal years does not include additional money for the six projects. The county has already decided to include shared-use paths on Berkmar Drive and Rio Road in its capital improvement plan. 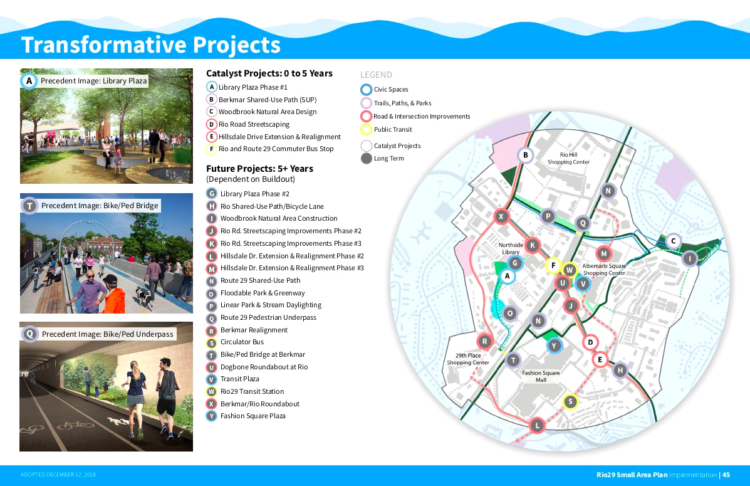