County schools’ classrooms are set up for a limited number of children for the first nine weeks — what’s next? 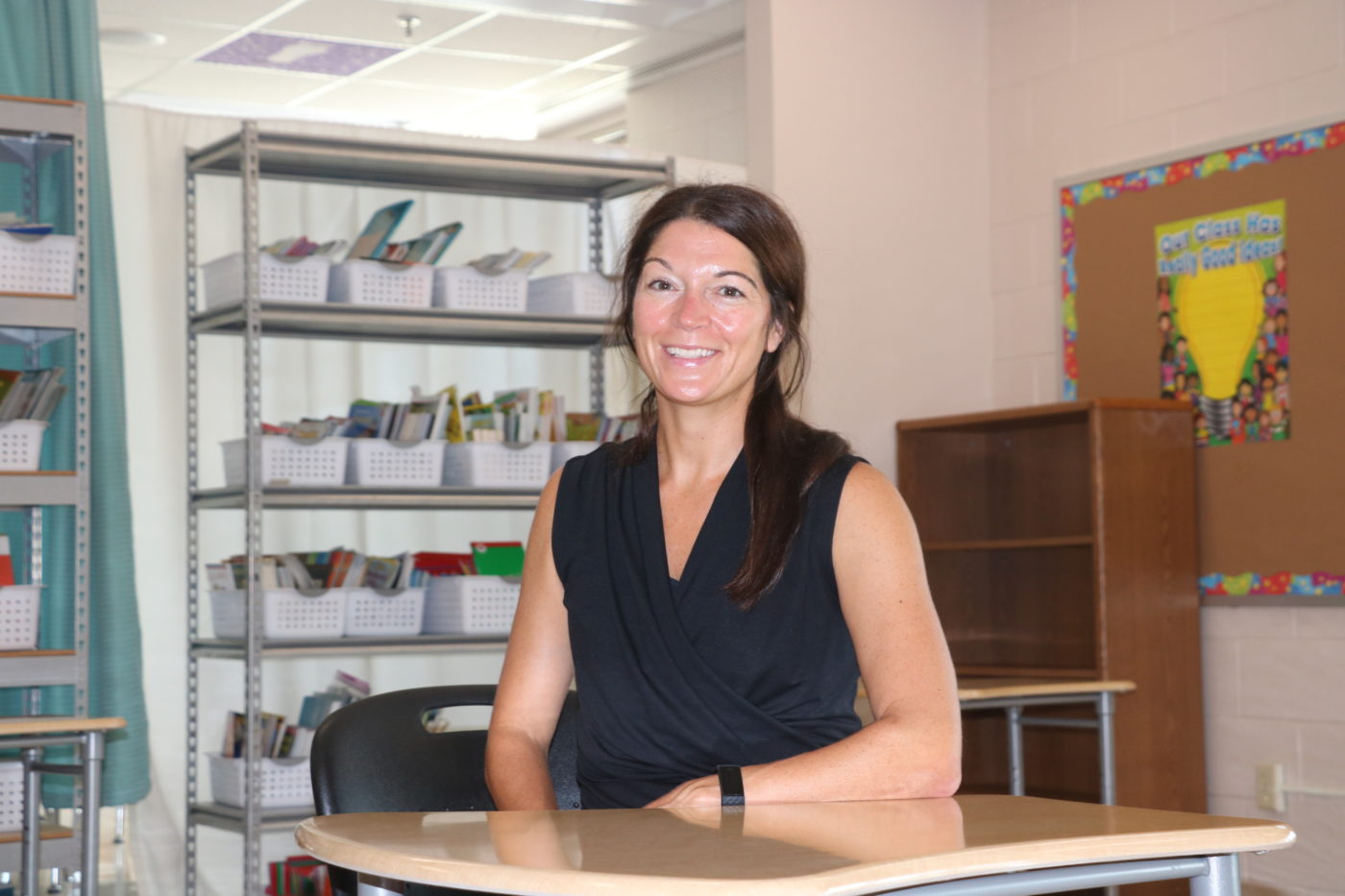 While Albemarle County Public Schools only opened doors in-person for a limited number of students, the division has already eyed what classes could look like in the next phase when more students are allowed to come into the schools.

The county schools began its academic year Tuesday in stage two. This means the division is virtual-only for most students for the first nine weeks of the school year.

In-person instruction is allowed on a voluntary basis to more than 600 of the division’s 14,000 children who identify as English-language learners, have special needs or don’t have access to adequate internet.

At Agnor-Hurt Elementary School, for instance, the school has taken things out, such as bookcases, to make more space.

Staff take students’ temperature as they access the building. There are hand sanitizer dispensers at each main entrance and throughout the schools. Teachers are to disinfect high-touch surfaces, Snoddy said.

She also said she’s not expecting a shortage of supplies.

“I think whatever situation comes next, we’ve planned through phases,” she said. “I think we are ready to handle it.”

The district will aim to limit bathroom use to one student at a time per classroom. However, principals and teachers may adjust that rule.

Other safety measures include the county schools’ face mask policy, requiring people to wear a mask on premises, and increasing air circulation in the air conditioning unit system, Snoddy said.

Many of the same rules of stage two will apply to stage three.

Stage three classrooms will have 12 to 16 pupils, depending on the size of the classroom, Snoddy said. Six feet of distance will still be maintained between students and the teacher, she also said.

The classroom setup in stage two and stage three is designed to optimize open space in the classrooms, Snoddy wrote in an email.

There’s not much that will be changed in the room setup, she said, and she plans to take any lessons learned from stage two about how students work in the spaces to stage three.

“The classroom setup will be similar to stage two setup, but we would be using all of the classroom spaces instead of a limited number being used in stage two,” she said. “The safety measures for stage three will be the same as stage two.”

Stage four will allow both in-person learning and a hybrid model for all grade levels. Stage five will allow all children to participate in a four-day per week, in-person model.

Part of the county schools’ plan to move from one stage to another is to look at the number of positive cases in the area, according to the division’s records.

Any sort of activity that puts people in closer contact to each other will increase the risk of COVID-19, said Dr. Taison Bell, assistant professor of medicine in the divisions of infectious diseases and international health and pulmonary and critical care medicine at the University of Virginia.

However, Bell believes that providing in-person instruction to the group of children that the county has identified is an acceptable risk, he said.

For example, health providers at one point decided to limit the number of visitors who could frequent nursing homes in the hopes of protecting at-risk seniors, even though such visits were deemed beneficial to the patients.

He views the children the county schools are serving in-person the same way, he said.

“I personally think it’s an acceptable risk,” Bell said. “It can be done in a smart and safe way because you have a limited population, and you’re also able to meet the educational needs of children who are at risk.”

Any place is prone to having an outbreak as long as there’s human activity, Bell said.

When determining if there’s a surge of cases, health experts take into consideration a few variables in the area, including the number of daily cases, percent positivity, hospitalizations and deaths.

“We’re pretty confident that we’d be able to absorb a surge,” he said.