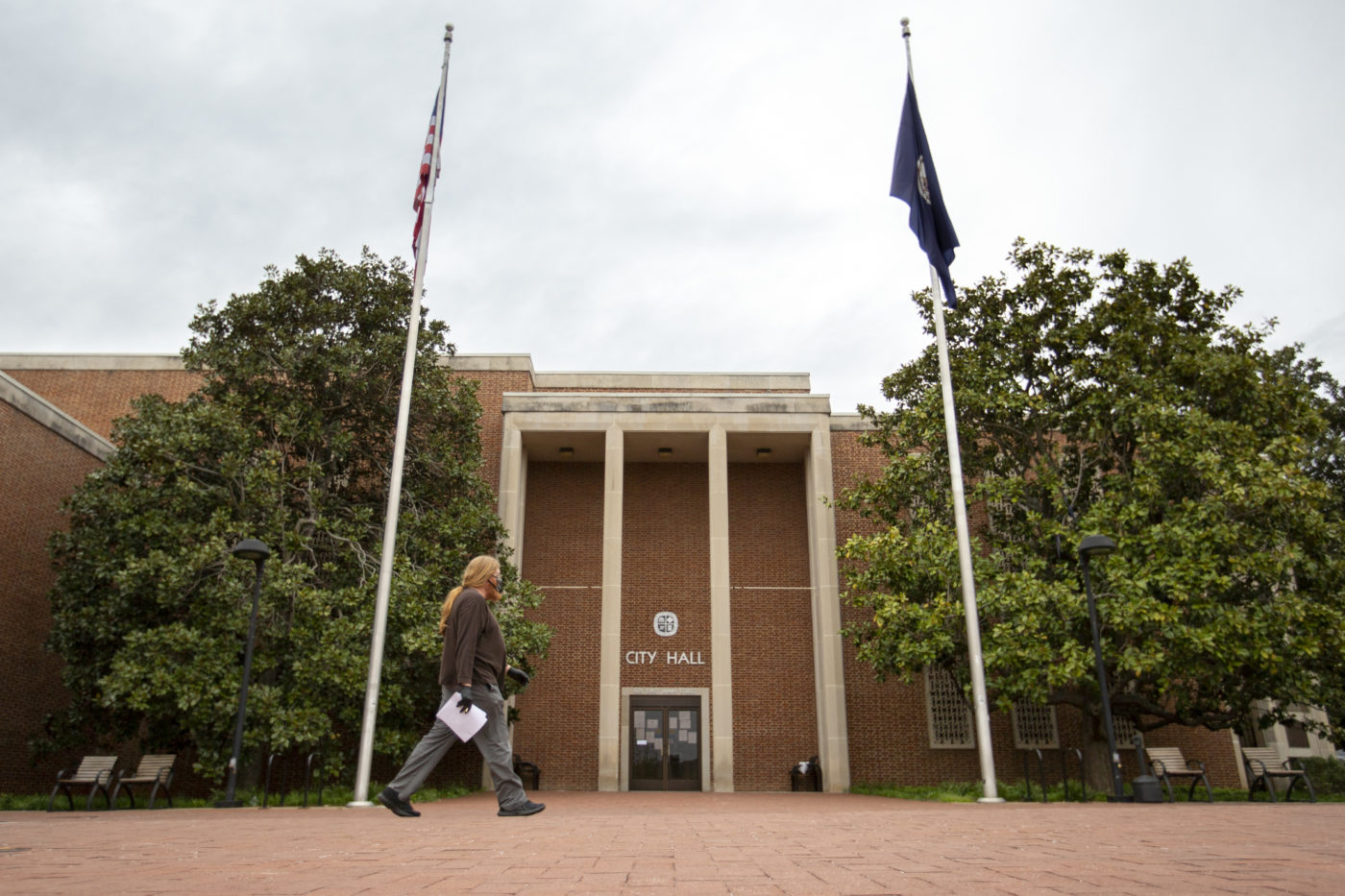 Although COVID-19 upended city services and sent numerous functions online, Charlottesville Mayor Nikuyah Walker said in an interview that it is no excuse to defer conversations on equity.

“A major challenge I see at this point is that, as usual, equity is pushed to the back burner,” Walker said.  “It needs to be a top priority at all times and not just when Charlottesville is in the headlines, and our budget needs to reflect that.”

“It is easy during economic downturns for people to say that these extra things can’t be placed in the budget at this time,” Walker explained.

What is seen as “extra,” Walker said, is supporting affordable housing, ensuring support to minority owned businesses that often face more barriers than others and making sure that people can remain in their homes despite the pandemic.

“A real estate tax investment program is one of those things that we haven’t really invested in in recent years,” Walker explained. “I’m experiencing it at this time that people revert back to what is comfortable and what they know best, and equity isn’t it. So there’s still this fight to ensure that we infuse equity into every decision that we make.”

The city is in its second budgeting cycle amid the global pandemic. What started as something perceived as temporary — virtual meetings, social distancing and wearing masks — has instead become the new normal. And in the city and Albemarle County, officials had to balance municipal functions that only could be done in person.

The Charlottesville City Council and Albemarle County Board of Supervisors initiated the shift to virtual meetings early on in the pandemic. While there were initial challenges, the virtual format has allowed for some continued participation in local government.

“The virtual part almost makes it easier in some ways,” said Ned Gallaway, chair of the Board of Supervisors. “In terms of logistics and access for meeting with people, [it] has been pretty seamless.”

Once-occupied government chambers evolved to virtual raised hands for public comment on Zoom. Gallaway hopes that virtual meetings for some of the county’s public meetings continue to have a virtual option going forward, calling them “efficient and allowing more people to participate.”

Walker said that she might not be alone in missing the nonverbal communication and body language that comes from in-person meetings.

“Other than that, we’re reading a bunch of documents all the time and commenting on them and attempting to get policies implemented,” Walker said. “The city business is still happening.”

Walker said discussions in the budget cycle about equity are not as robust as they should be.

At the same time, the city also grappled with government instability and leadership issues as the result of numerous years of staff turnover and vacancies in key leadership positions.

“In terms of morale, it’s been a big thing that I’m sure staff has been struggling with on top of the administrative changes that have happened in the past few years,” Walker said.  “Those can be trying anyways and then you couple those with a pandemic and all the unknowns associated with the pandemic.”

Following a series of closed door meetings at the beginning of 2021, council had suspended its formal search for a new city manager and emerged with the selection of Chip Boyles — the former executive director of the Thomas Jefferson Planning District Commission.

Citing his longtime local government experience and regional familiarity, councilors saw him as a good fit for the job, which he is expected to hold for at least the next year.

Following his unusual selection process, the council promised to conduct a more formal hiring process as early as next year with public engagement and added the Boyles was welcome to apply for rehire as part of that process.

With a new city manager now in place, the council can focus more of its time on its legislative priorities for City Hall to execute.

From adjusting operations and safety protocol to enacting legislation, the local governments saw learning opportunities in the past year, as well. An initial lesson was how to operate with limited staff for in-person and virtual operations.

County spokesperson Emily Kilroy said early on that the facilities and environmental services team audited the building for the layout of places that needed to be open. Hand sanitizing stations and plexiglass barriers were installed. Schedules were adjusted so not too many people were in the building at once. Similar changes were implemented in the city of Charlottesville.

For city Treasurer Jason Vandever, a lot of work his team handles on the first floor of City Hall needed to be done in person. He called moving to an appointment-only system for the DMV Select office one of the largest operational challenges. He added that his office also worked with the IT department to develop an online scheduling system for residents to use.

With Charlottesville’s government building and staff being smaller, scheduling has been key to ensuring safety and operations.

“I think we aren’t sure what the next few months will bring, but we know we’ll have to be flexible and continue to find ways to offer the services our residents need,” Vandever said.

Albemarle learned over the summer that an ordinance they had put in place regarding Freedom of Information Act requests was out of legal bounds.

In June 2020, Charlottesville Tomorrow filed a FOIA request for emails related to school resource officers from Albemarle County Public Schools. Though it was filled by July, the initial response was that the county had waived its time requirements.

When the county had adopted its March 27 emergency ordinance granting them the ability to meet virtually, it also stated that it exempted them from filling FOIA requests within a given timeline. However, according to state law, once a FOIA is filed, government agencies have five business days to respond.

By September, Virginia Attorney General Mark Herring issued an opinion explaining that a locality is not empowered to “modify or indefinitely extend deadlines” for FOIA requests. By October, the board repealed the related ordinance.

“Back then, when we put it into place it seemed reasonable,” Gallaway said. “It’s like, ‘Well, OK, we don’t have as much staff in the building. These are physical records that have to be found, how are we going to pull this off?’ The ordinance gave us the ability to say we may need extended time not knowing what requests could come in.”

Gallaway explained that though it was the school division that did not fill the request initially on time, he hasn’t known of any other delayed requests from other areas of Albemarle’s government and that the county learned it was operating efficiently enough to not need extra time.

While both localities responded shortly into the pandemic with ordinances to continue governing and various safety measures, Walker also noted the challenges early on in the pandemic to strategize long term. It’s a lesson she hopes everyone will learn from going forward.

“It was very hard getting our administration to understand that no matter the outcome for the pandemic, we needed to be prepared for it,” Walker explained.

By summer, both localities ended up adopting ordinances that walked back some of the loosened restrictions from the governor at the time. Gallaway said he supports how proactive the local community has been at reducing the spread of COVID. Walker, however, reiterates caution.

Referencing the 1918 influenza pandemic, Walker said that, hopefully, the world will not experience another widespread illness of this magnitude, and that COVID is a chance to be careful going forward.

As the warmer months approach and the vaccine rollout is underway, Walker cautions people about letting their guard down prematurely.

“It’s going to be even more challenging as we go into spring and summer, where people feel that sense of freedom because of the weather,” Walker said.  “We are not through this crisis yet. They still have to be cautious and take more than themselves into account.”