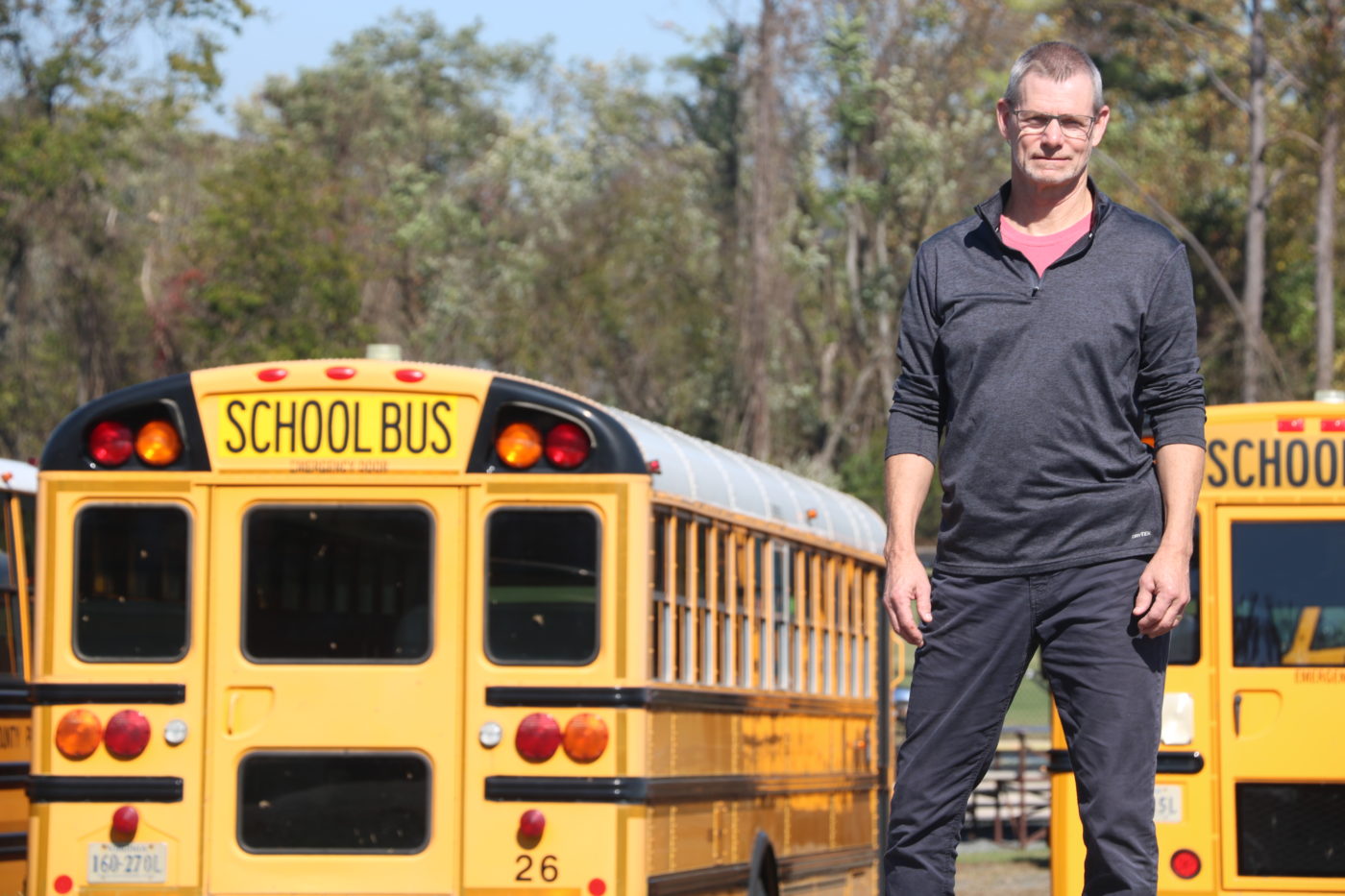 Marc Small said he promised Orange County Public Schools he would drive, so he’s keeping his word. People can catch the virus regardless of whether they do outside work, he said, because some may not follow proper guidelines.

On a recent morning, bright-colored tape blocked off seats on Marc Small’s bus as a COVID-19 safety measure. Small disinfects Bus 47 after each trip, and by at least 9:15 a.m., he’s done with both morning trips.

“I don’t like masks, and you don’t like them either,” he said he tells children who do not comply with COVID-19 safety guidelines on the bus. “And if we don’t work on it now, the chances of it going away is going to diminish.”

With his effort, Small is helping make transportation possible for Orange County Public Schools at a time when guidelines mandating that children be spread out on buses have prompted the district to increase routes to safely transport children while still facing its biggest driver shortage in more than a decade.

A father of three and a grandfather of four, Small said he has enjoyed working with children over the years. He’s aware that bus drivers elsewhere have died from the virus, and he’s concerned about contracting the virus, as well. And, worst of all, infecting his wife, Carol.

But he said he promised the district he would drive, so he’s keeping his word.

People can catch the virus regardless of whether they do outside work, he said, because some may not follow proper guidelines. 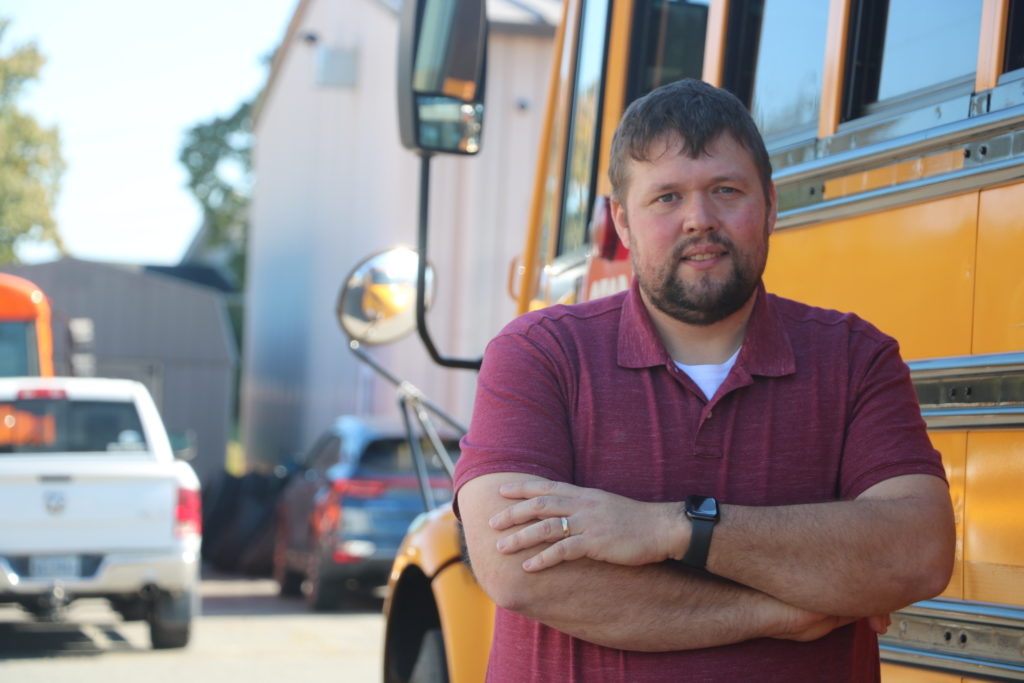 Orange County Public Schools have 16 vacancies for bus drivers, and Justin Sarver, director of transportation for the district, said this is the biggest vacancy the district has faced in his 13 years on the job. And the pandemic is to blame in part, he added, citing that drivers have expressed concerns about being in close proximity to people.

“I feel comfortable to drive because of masking and disinfecting,” he said. “All students wear a mask.”

Strategies developed to transport children requesting transportation have worked, but it’s quite challenging, said Justin Sarver, director of transportation for the district.

OCPS has about 5,000 students. To accommodate the nearly 1,800 requesting transportation during the pandemic, the district increased bus routes from 200 to more than 300.

“We have to limit the number of children we have on each vehicle. That number was based on variants based on social distancing rules. They’re seated about 3 feet apart,” Sarver said.

“That variant was granted by the local health department, risk management provider and the [state] Board of Education.”

OCPS, which has resumed in-person classes for all grade levels but gives children to continue virtual learning, blamed the bus route increase on mandates requiring children to be spread out.

But it’s unclear why neighboring public school districts that have allowed students across all grade levels to come back to school buildings, like in Louisa and Greene counties, didn’t increase routes.

Greene, for example, cited reasons such as parents driving their own children to school or students opting for virtual learning for not increasing routes in the 157-square-mile county.

And for buses that could be carrying more than expected by COVID guidelines, the district said that drivers collaborated among themselves to shift children from one bus to another so that adding a new route wouldn’t be necessary.

Back in Orange, which spreads over 343 square miles between the Charlottesville and Fredericksburg metro areas, transportation is made possible via its newly created two-tier schedule system. 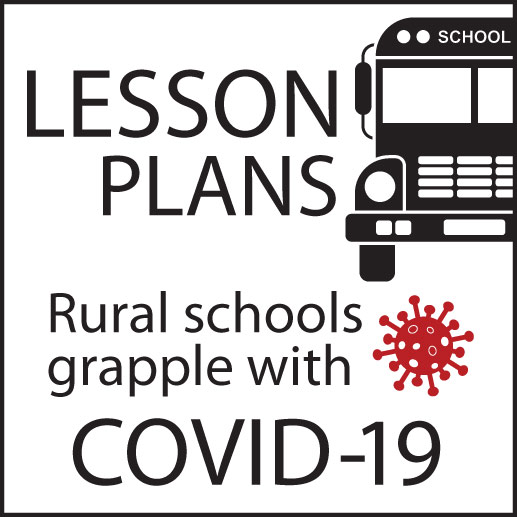 The two middle schools, Locust Grove and Prospect Heights, are 20 miles apart, and Orange County High School is a little more than a mile from Prospect Heights Middle School.

Following the two-tier schedule allows the district to use the same bus drivers for multiple trips and have enough time between runs to sanitize the buses.

The strategy has also helped the district to overcome the bus driver shortage, Sarver said.

The division has 16 vacancies, and Sarver said this is the biggest vacancy the district has faced in his 13 years on the job.

And the pandemic is to blame in part, he added, citing that drivers have expressed concerns about being in close proximity to people.

He has been trying to overcome the challenges of recruiting over the years, but the pandemic has worsened the shortage, adding that he’s only had two viable candidates in the last two months.

With the closest date to take a certified test being available in December, it’s also been hard for people trying to break into the industry, he said.

But there are ways to overcome the shortcomings. The district is exploring options to have in-house tests by having someone from the Virginia Department of Motor Vehicle teach an OCPS  staff member how to conduct the test.

Despite the challenges, Sarver said transportation has been a success.

“It’s a success because we are able to offer transportation to those who need it,” he said.

But the financial impact that the pandemic could have on transportation is not yet clear.

Area school systems already had transportation built into their budgets and hybrid instruction allowed them to send buses on fewer trips.

And while the schools are spending thousands of dollars to keep the buses safe — Louisa, for instance, invested $50,000 to purchase touchless thermometers for its riders — schools are still saving money on gas and mechanical repairs, among other things.

Rural schools in the region opted to offer in-person learning in part because some parents do not have adequate internet access. And the buses are operating because some children don’t have any other way to reach centralized or far-flung school buildings. 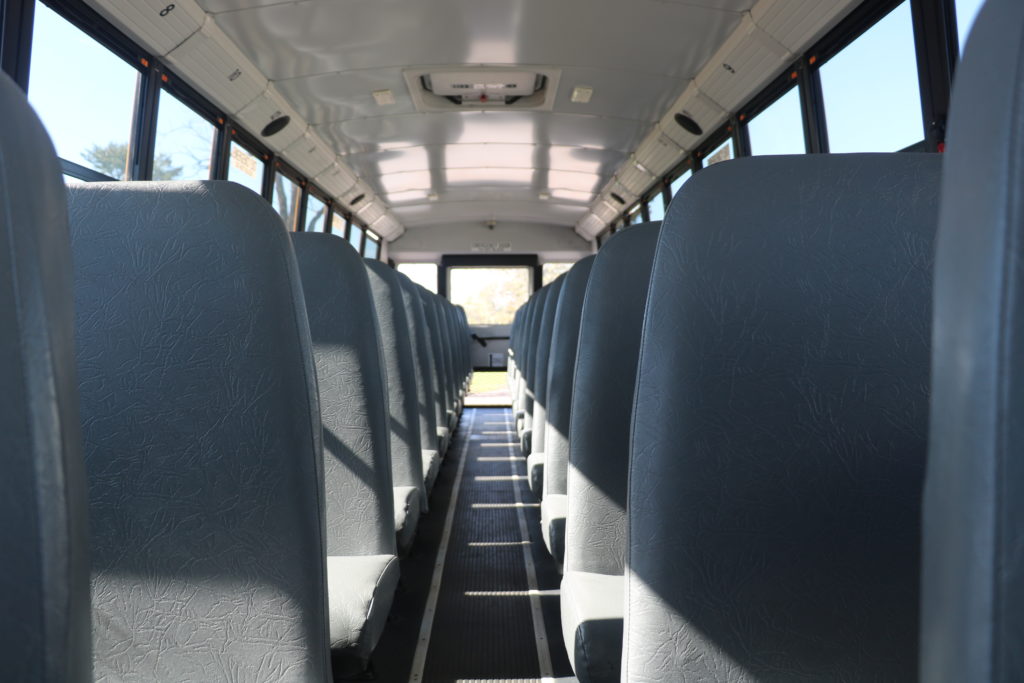 COVID-19 guidelines mandate children be spread out on school buses.

Jenny Torres, who has fifth- and eighth-grade boys in Orange schools, said she has no time at all to drive her children to school and, although the novel coronavirus is a concern, lets them ride the bus.

She chose in-person instruction because she does not have internet at home, she said.

“I have to go to my sister’s house when I have time for them to do their work,” said Torres, who said that her sister lives 45 minutes away. “All I can say is it’s a hard, tough time.”

Maria Dyson, who has two children riding the bus, said she doesn’t know how she’d get her children to school if the schools didn’t provide transportation. Her husband’s truck broke down, and he’s using her vehicle.

“I trust the school. I trust transportation. My youngest child is actually special needs. She does ride the special needs bus. And I’m very close with her driver who walked me kind of through everything that they had to do before the school year even started,” Dyson said.

Dyson worries about her older daughter at the high school after learning that her peers aren’t spaced out according to COVID-19 guidelines.

But her daughter attends school in person once a week.

Moving forward, each school district said they’d face different challenges or no challenges at all if more children request transportation and the spring sports season begins.

In Orange, Sarver said there could be a financial impact for transporting student athletes, but he foresees the district being able to afford it. Some of the teams will require multiple buses, he said, so the biggest issues could be whether there’ll be a driver. 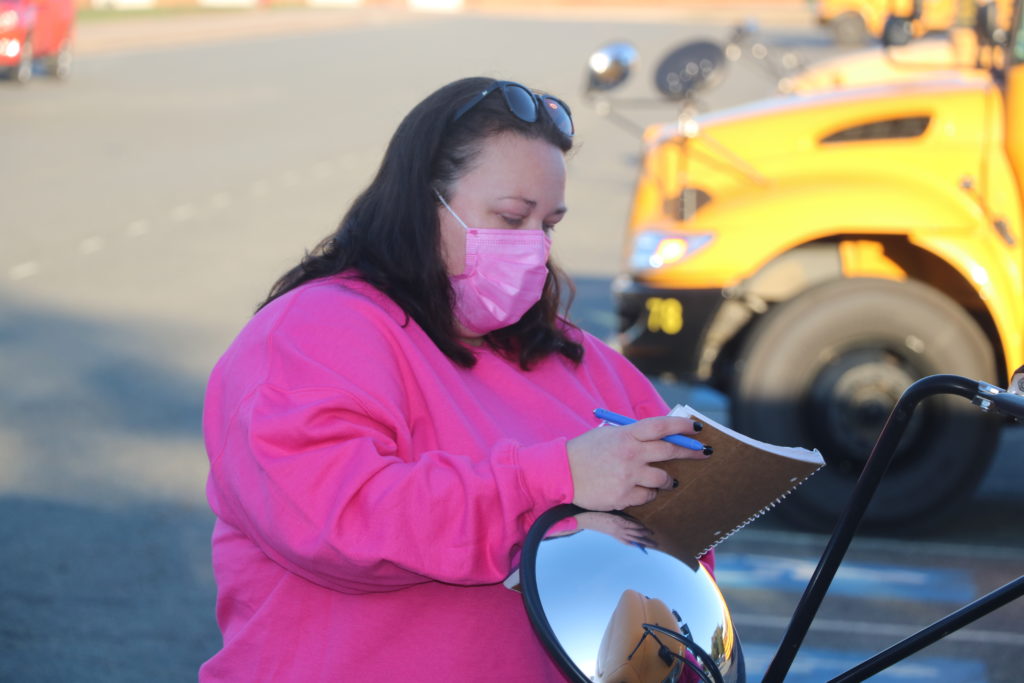 A Louisa County Public Schools bus driver checks out a vehicle before going on a trip on a recent morning.

In Greene, Director of Administrative Services Kyle Pursel said the district has not denied anyone transportation.

“If we get to a place where we were overloaded, I think we would do double runs. We would still get kids here. One of the things we have said from the get-go to our parents and [about] our return plans, we may have staggered start times,” he said.

“Because in our mind, we thought the same thing. We may not have enough capacity to get everybody here.”

In Greene’s staggered schedule, each bus would be expected to do two runs to pick up children in time for the opening bell.

So far, there has not been a financial impact, he said. But that could change.

“I think where the financial impact would hit us on the bus side will really come if and when we start sports because instead of taking one bus for a basketball team, we may be required to take two buses or three buses,” he said.

More buses on the road, coupled with more drivers, would cause a financial impact, he said, because the district would need to spend more on gas and compensation, respectively.

This is something that Debrah Coles, director of transportation, safety and security for Louisa County Public Schools, said she doesn’t foresee happening in the district.

Students athletes were transported on multiple buses even prior to the pandemic, she said. And most teams are fewer than 26 athletes.

Louisa also has not denied transportation to any family. So far, as few as three children have been carried per trip, and no more than 17 per bus.

And even if more students were requesting transportation, Coles said she’d be able to handle it.

“As of now, most buses carry fewer than 15. That gives me room for 11 more students if needed,” Coles said.