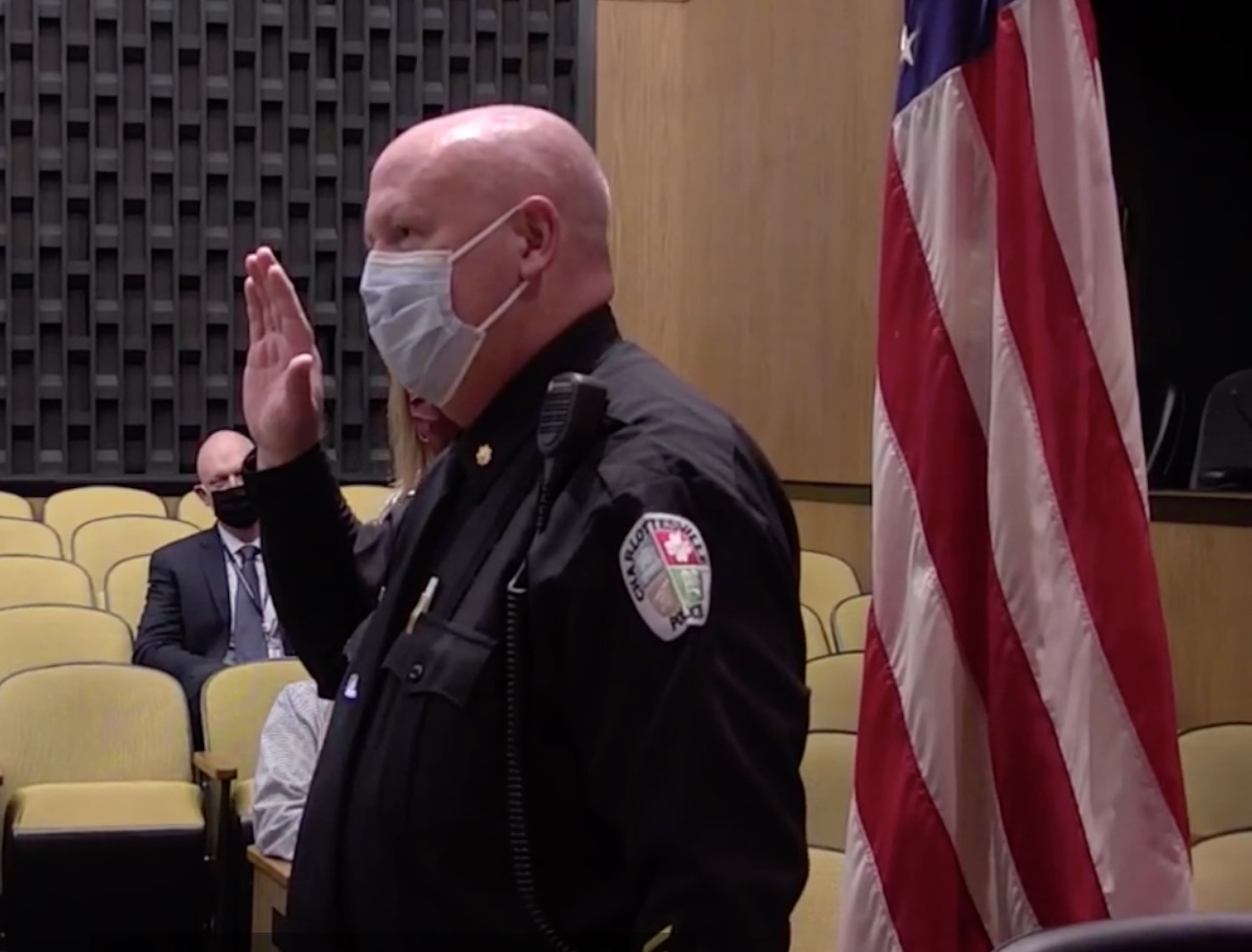 James Mooney, a former captain, is sworn in as assistant police chief.

The Charlottesville Police Department has a second in command for the first time in more than two years.

James Mooney, a former captain, was promoted to the newly created assistant police chief in a ceremony last week at City Hall. Steve Knick was promoted to captain, Mooney’s former role, at the same ceremony, and the city appointed Hezedean Smith as its new fire chief earlier that week.

“It’s a big task, but it will free Chief Brackney up to do some of the things that she talks about frequently — that she wants to do — which is really advancing the police model on a national scale,” Mooney said. “And I’m here to support those efforts and really take some of those day-to-day responsibilities off of her.”

Some of the things Brackney plans stem from concerns raised among community activists this year, Mooney said.

“She has a lot of initiatives that she’ll be working with other agencies, other departments in the city, to talk about how we respond to calls — and do the police need to respond to all those calls?” Mooney said.

“There are things that we don’t believe the police need to be involved in, especially as much as we are. Mental health is something that comes to mind right now. I think she’s going to have the time now, with my position watching the day-to-day operations, to look at those initiatives and start implementing them.”

CPD has been without a second in command since former Deputy Chief Gary Pleasants retired in May 2018.

Pleasants’ final day fell within days of the Charlottesville City Council selecting Brackney to be the department’s new chief.

Since taking the role, Brackney operated without a chief deputy. She instead broke the department into four divisions — operations, investigations, support services and administration. Each division was led by a captain, who reported directly to the chief.

Those four captains will now report to the assistant chief.

“She is literally pulled in a different direction every other minute,” Mooney said. “I think I’m one of the last people to leave here at nighttime, but she is always the last. She’s always in her office, she’s always working. And, really, there is not enough time in the day to do everything that she wants to do.”