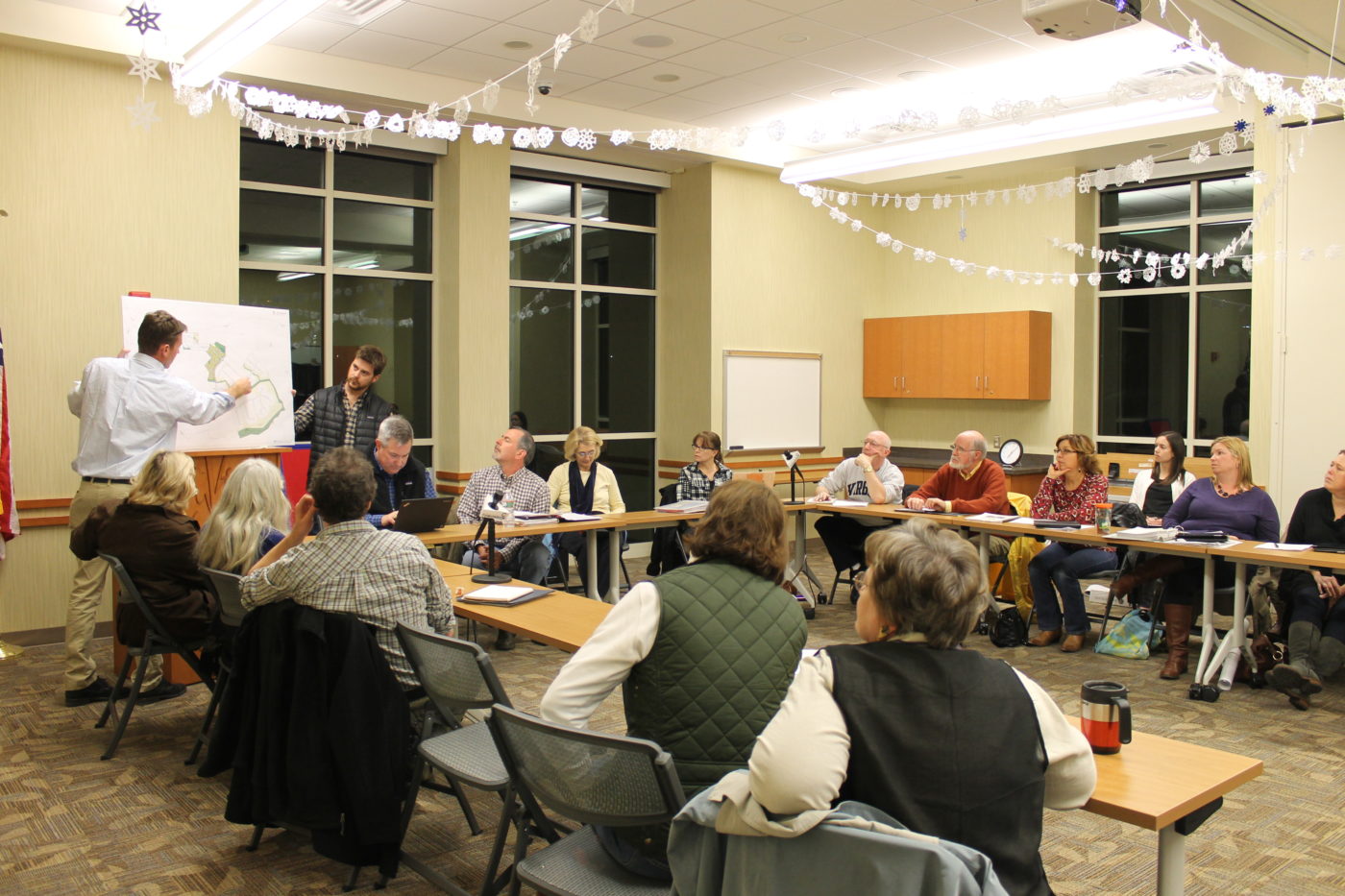 The next phase of a residential development in Crozet could come with more homes than originally planned.

At a meeting last week of the Crozet Community Advisory Council, residents learned about a proposal to increase the density of new homes in Foothill Crossing, a development near downtown Crozet.

“Anybody that lives beyond [Crozet Park] already has a hard time getting out,” said Frasier. “There needs to be another way off Park Road first.”

“The nice thing about this project is that it contains part of Eastern Avenue, which will ultimately tie into a portion of the road being constructed at Westlake Hills over to Park Ridge Drive,” Collins said. “This will give the whole area a connection out to Route 240.”

Riverbend wants to rezone a 15-acre property for single-family detached housing, which could result in 30 additional homes. The current zoning is one unit per acre and the company is requesting a planned residential development with three or four units per acre.

Collins said the roads and housing lots would be created at the same time.

Supervisor Ann H. Mallek reminded the group that the county looks to the private sector to aid in road building.

“Our dream 10 years ago was that someone would come in for this rezoning and provide the bridge over Lickinghole Creek, but that’s not going to happen,” Mallek said.

The railroad and Lickinghole Creek both present obstacles to road interconnections in Crozet. Eastern Avenue is envisioned as a future connector between Route 240 and U.S. 250, but completion of that project will require a bridge over the creek.

Meg Holden, chairwoman of the advisory council, told group members that even though money isn’t available for a major road, they should feel encouraged that a developer is willing to provide some form of connectivity.

“We desperately crave connectivity and don’t have any of it,” Holden said.

Council member Tom Savage told the group that encouraging the county to fund major roads would not be the best option.

“I used to live in Fairfax County, where the county builds new roads,” said Savage. “Because of that, my property taxes were tripled what I am paying in Albemarle County.”

The group also wanted to make sure the homes would come with a variety of price tags.

“The current houses are rather expensive,” said developer Alan Taylor with Riverbend Development, referring to the first phases of Foothill Crossing. “These new houses will still be very nice but at a lower price since the lots will be smaller.”

Taylor said this would hopefully result in a diversity of people. He also said the houses will have driveways and garages, limiting the need for on-street parking.

Collins said Riverbend hopes to finalize plans for rezoning in the next couple of months. The public will be able to provide further input when the plans come before both the Planning Commission and Board of Supervisors.

“We are a growth area and we should allow for growth [here] if we want to maintain a rural character,” said Albemarle Planning Commission member Tom Loach. “His application is keeping with the Comprehensive Plan and [the Crozet] Master Plan. We will look at it, and if there is something we see that will make it better, we will try.”