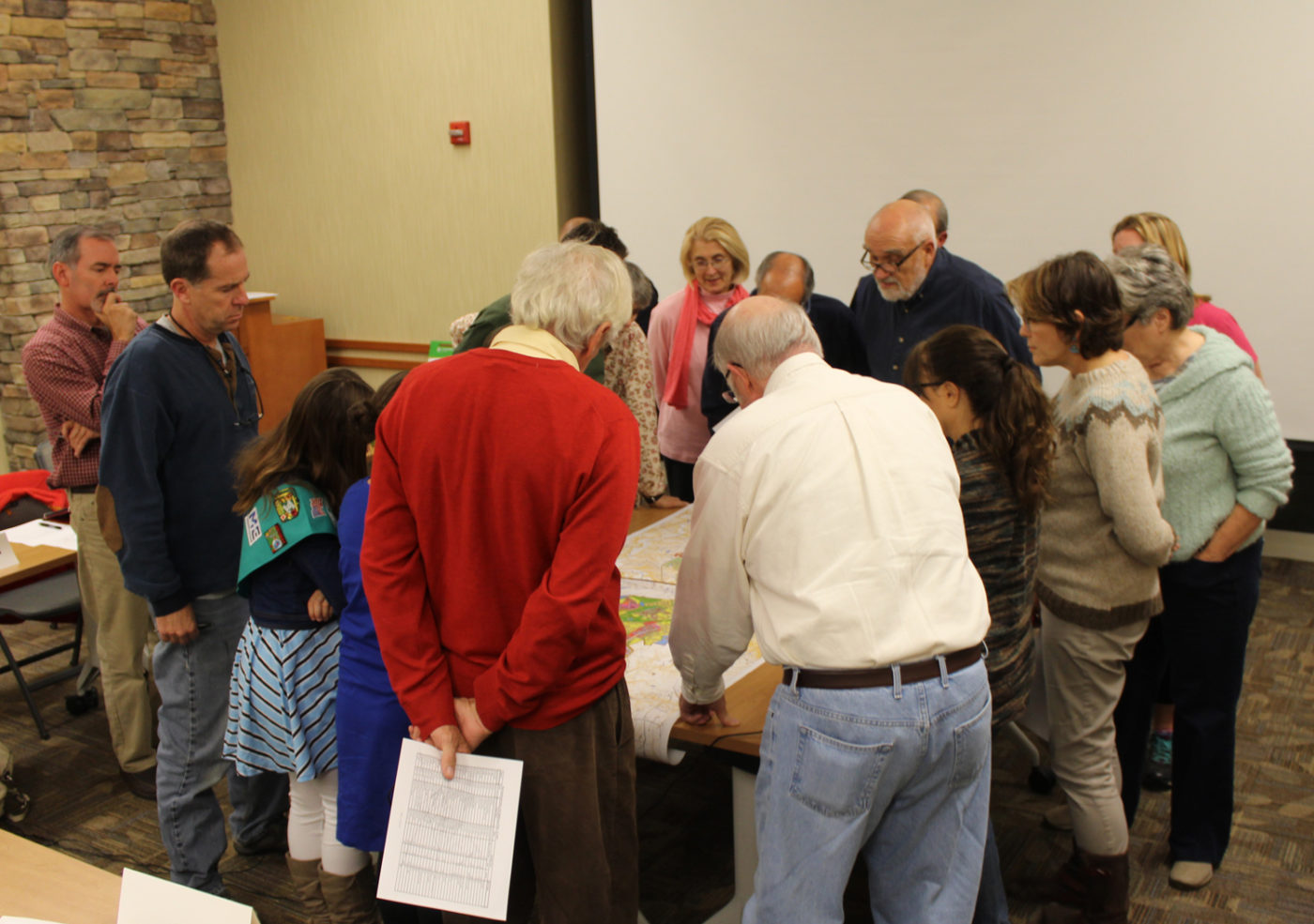 As more homes continue to be built in Crozet, members of a citizen panel charged with overseeing the master plan want to know how many more people to expect as new neighbors.

Various groups have been requesting an inventory of how many people could potentially move to Crozet based on approved housing units that have not yet been built.

“I think there’s been a lot of activity again,” said Supervisor Ann H. Mallek. “We had a lull for several years and so now the activity is certainly popping up. We do need to remember that from 2004 to 2007 there were 4,000 units approved here and only approximately half of them have been built.”

Earlier this year, the community argued that the Adelaide development should be built at a lower density than requested by developer Kyle Redinger. In October, the Albemarle County Board of Supervisors deadlocked on his plan to build 80 units adjacent to the Cory Farm subdivision.

The other two current rezoning applications in Crozet are a portion of Foothills Crossing neighborhood and a request to add a second home on a property on Crozet Avenue.

Earlier this month, county staff unrolled a large map on a table in the Crozet Library and invited members of the committee to inspect it.

Echols said the current population of Crozet is around 6,000 and it is expected that will double by 2030. The master plan has a maximum population cap.

When some questioned those numbers, Echols asked for patience while a detailed capacity analysis is completed.

“At that time, it will be too late to argue with because at that time, the toothpaste is out of the tube and I’m getting tired of hearing this over and over again,” said CCAC member Jon McKeon.

Earlier this year, the Board of Supervisors granted a request from the developers of Old Trail asked to lower the minimum amount of homes that can be built in that community from 1,600 to 1,000.

“That does not mean that they can’t still come in at that higher number,” said planning commissioner and former CCAC member Jennie More.

Many on the committee are concerned that the county is not doing enough to plan for a new school rather than adding extensions to existing ones.

“We do need to keep an eye on that piece because I’ve seen the proposed [extension] at Crozet Elementary and it looks a Band-Aid,” More said. “It doesn’t provide any expansion for the cafeteria. My child eats lunch at 10:45 because they have to get them in and out of there.”

Echols said the school system is aware of the projected population increase.

“We work with the schools as well as the water and sewer authority and they are very aware of the concerns about growth in Crozet and they are doing some special studies related to growth in Crozet for just this reason,” Echols said. “You have their attention but it’s really important to them that they get it right.”

Some Crozet residents also want the county to make changes to how many units can be built on a property.

Currently the maximum density per acre can be derived by using the entire size of a property going through a rezoning, even though sections of that land may not be able to be built on due to wetlands and other environmental features.

More said that the planned Vue development on Blue Ridge Avenue and Jarmans Gap Road is an example of how this can lead to residential density that many do not want.

“They have 21 acres and they can only build on four acres,” More said. “The rest of it is constrained land with stream buffers, flood plain and critical slopes. And they’re going to build 126 units.”

Echols said the most recent comprehensive plan called upon the county to reexamine the idea and others may want to as well.

“The Village of Rivanna Community Advisory Committee passed a resolution asking that this particular issue be put on a high level in the community development work plan for a zoning text amendment,” Echols said.

However, Echols said there was a purpose to allowing the higher calculations.

“The reason for it was that people were building very low-density development and there was an incentive that was given by the county to help promote higher densities,” Echols said. “At the time 30 years ago there was suburban sprawl development that was happening everywhere. There was a desire to increase those densities so we didn’t have to expand the development areas.”