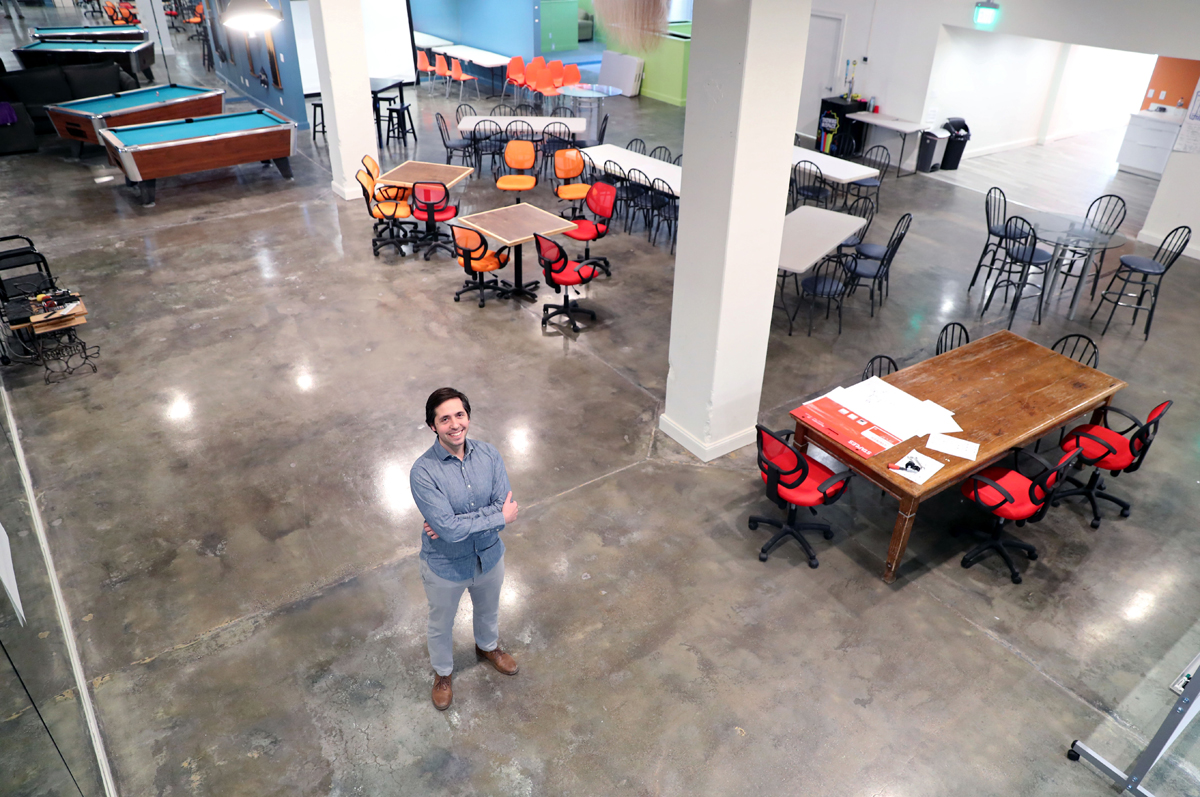 When Lawrence Levine pulled in large outside investments in SecurePipe, the information security firm he founded in Charlottesville in 1996, the financial windfall came with a price.

Levine, now a member of the Charlottesville Angel Network investment group, spent the next few years bouncing around the country, as new investments had him heading to new towns.

After the 2015 sale of SecurePipe, now called Trustwave, to Singapore Telephone, Levine has returned to Charlottesville and wants to give local companies reasons to stay in town.

A serial entrepreneur, Levine last year founded Cville Machine, a startup accelerator on Market Street that eventually will include a fund to get new companies through their Series A investment round.

“The vision is to create a space that at least software companies can go locally to end up finding a lead for that Series A investment,” Levine said. “That is a real missing link in this community.”

With their first round of investment in hand, he said, companies that attract investment from Cville Machine will be free to stay local and prepare for their next funding round.

The startup accelerator will provide three to six months of free work space; $20,000 to $50,000 in initial investment, accounting and legal expertise; and business mentorship to young software companies, according to the company’s website.

“These will be people who are to the point of needing a place to really get down to work and not work out of a coffee shop anymore,” Goodman said.

Goodman and Levine classify Cville Machine as an accelerator — not just a space, but a source of mentorship and legal and accounting work that would otherwise be an expensive distraction.

“We are really looking for subject matter entrepreneurs, people who really know their business inside and out, but do not necessarily know or want to know about the legal side and need help with support and resources,” Goodman said.

Series A investments are small companies’ ticket to becoming larger-scale businesses, often totaling several million dollars and often coming with a requirement that company headquarters move to be closer to the principal investors.

If the structures to provide Series A funding exist locally, Levine said, more companies will stay and grow in Charlottesville.

Machine has an open application, but the investment fund is not yet operational.

“Our intent is clear, we know where we are headed and where we would like to bring this thing, and we know what our goal is,” Levine said. “But, we are doing this in a step-wise way. We started out by saying we need to get the space established, and we have that established.”

The Cville Machine team said they expect to host between four and eight companies a year, using their successes to build a local ecosystem of entrepreneurs and workers. The challenge, Levine said, is not necessarily attracting talented people to Charlottesville, but keeping them here.

“We already have a flow of good people in town; I am interested in how we keep them here,” he said.

The idea is that once a few companies are able to raise money and grow in Charlottesville, others will follow suit.

“If we do this right, we will be attracting people to town,” Levine said. “Trying to attract the best talent means you need an ecosystem to keep them here.”