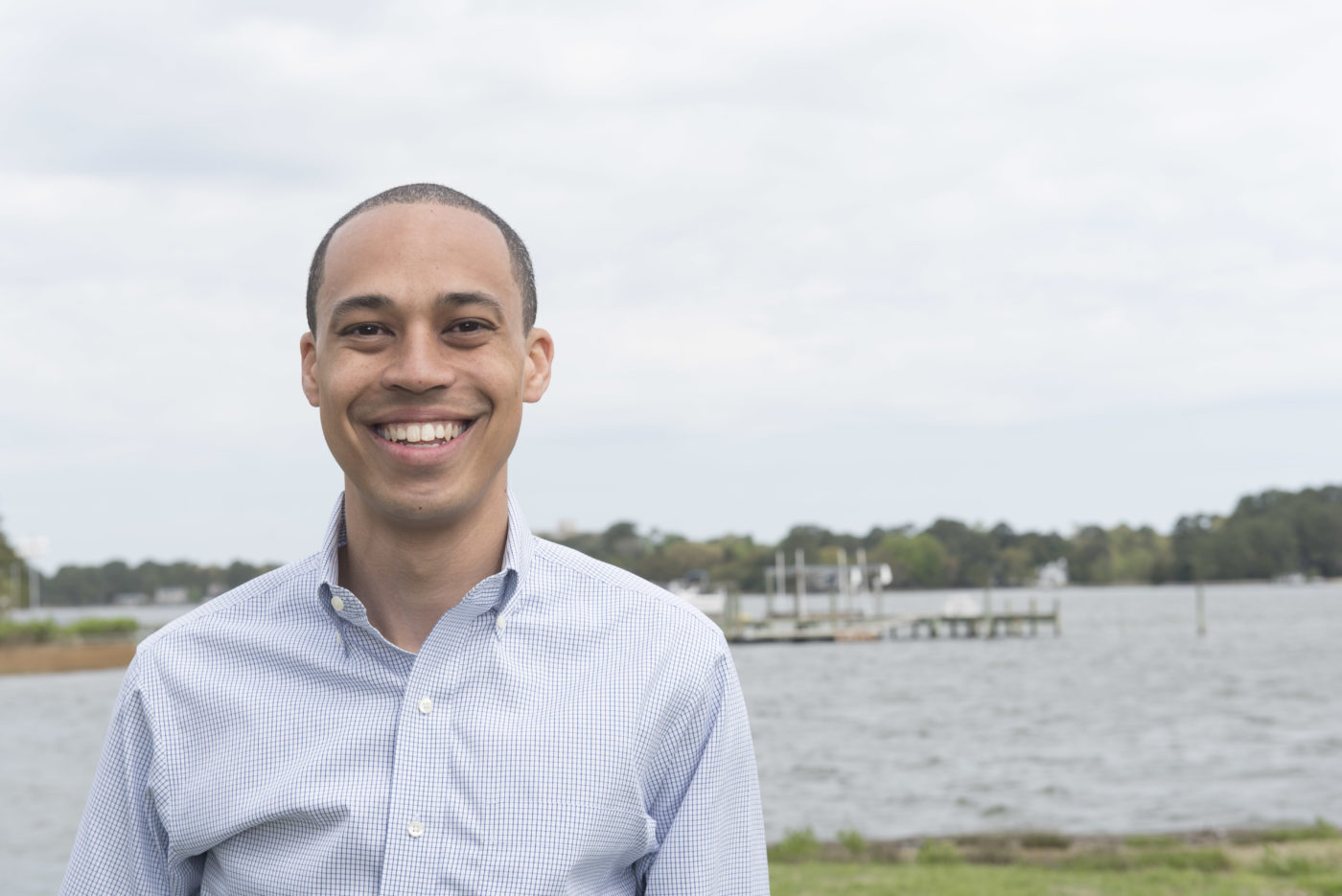 Pleased with his progress in the General Assembly, Del. Jay Jones, D-Norfolk, is running to represent Virginia as its potential next attorney general. As part of the 2017 “Blue Wave,” where a handful of younger and more diverse democratic candidates entered the General Assembly, Jones said the state is ready for more diversity to be reflected in its executive branch.

“Virginia is experiencing a lot of change, and I think politics is about timing,” Jones said. “We have an opportunity to elect the state’s first Black attorney general to be the face of the system that has oppressed Black people for years.”

Jones notes that the combination of his lived experience as a Black man along with his legislative record and legal experience as a lawyer makes him “well suited for this particular moment.”

With calls for criminal justice reform echoing nationwide — especially in the past year — Jones would like to see changes like an end to qualified immunity for law enforcement officers and an end to solitary confinement for prisoners.

“You are the state’s justice system, for better or worse, and I think it’s incumbent upon whoever holds [the attorney general] seat to use that platform to continue to beat that drum in that particular area,” Jones said. “We are due for a hard look at rewriting our code where a lot of it is rooted in Jim Crow.”

Jones asserts that if he is elected as the next attorney general, he will coordinate with his legislative colleagues to create policies that are more equitable and just.

Noting how people can look to the state’s executive legal office for guidance while others are less aware of what it can do, Jones plans to establish satellite offices around the state. As a result, his office can communicate with local commonwealth attorneys as well as local constituents and stakeholders.

“Just because I’m a Democrat doesn’t mean that I only represent the Democratic constituents here in Virginia; I’ve got to represent everybody,” Jones explained.

As such, he plans to establish some offices in localities he knows may be less inclined to fill in his name on the ballot.

He also hopes the satellite offices can expand access and representation of rural communities or areas that “don’t get the attention that some other places in the state get.”

Most importantly, for Jones, the satellite offices could bolster access to what the position of attorney general can do and education to constituents who might be less aware.

“Most folks don’t know what our office does and what it can do for them,” he said.  “This is a chance to meet people where they are, roll up our sleeves and understand what’s important to people in their communities and how we can deploy resources.”

Something else Jones plans to implement is what he calls an Election Integrity Unit. Composed of attorneys and investigators, the unit would work with the Virginia Department of Elections to investigate complaints ranging from voter harassment or intimidation to alleged improper denial of registration or improper election administration. The unit would also reach out to communities to ensure eligible voters know their rights.

“It’s important for us to know as a group of attorneys we can go out and let folks know what is happening,” Jones said.

He explained that sometimes people aren’t aware of legal perimeters for things like handing out campaign literature at polling places or what documents they might need in order to vote. Educational campaigns on the voting process will be a goal of the unit, he said.

As concerns over election integrity and distrust in the voting process have emerged within the past year — exacerbated by the pandemic — Jones said his office will also keep a close eye on procedures.

“While we’ve done a great job of making sure that our elections are secure here in Virginia — I haven’t seen instances of voter fraud — you can’t take any chances,” Jones said. “So you want to make sure there is no intimidation, there is no harassment, that people don’t feel dissuaded. Our democracy is healthier when more people vote.”

As one of the Attorney General Office’s responsibilities is to handle consumer protections, Jones said he will hold utilities like Dominion Energy accountable for billing and practices — continuing his previous legislative efforts to do so in the House of Delegates.

If elected as the state’s next top lawyer, he plans to support health care, adding that “no one should be a medical emergency away from financial ruin.” He called his vote for the expansion of Medicaid “one of the most important things” he’s done in the legislature.

As monuments and memorials to the Confederacy have been removed or relocated in recent years — with Charlottesville’s own monuments having been tied in years of litigation and drawing national attention — Jones turned to one of the state capital’s own monuments. This past legislative session saw the passage of Jones’ bill directing the removal of a monument of segregationist and former Gov. Harry Byrd from Capitol Square.

Originally from Norfolk, Jones briefly lived and worked as a lawyer in New York after college — he is a grad of the College of William & Mary and the University of Virginia — before feeling a call to return to his home state and follow in familial footsteps of public service. He has a grandfather who was a civil rights attorney and the first Black member of the Norfolk School Board, his father served in the General Assembly and both of his parents currently are serving as judges.

Looking ahead to 2022, Jones feels confident that he can build on his relationships that have been established during his time in the General Assembly. With several members of the House having endorsed his candidacy, he said that it will “bode well” when he discusses his legislative agenda with any reelected members ahead of the next session.