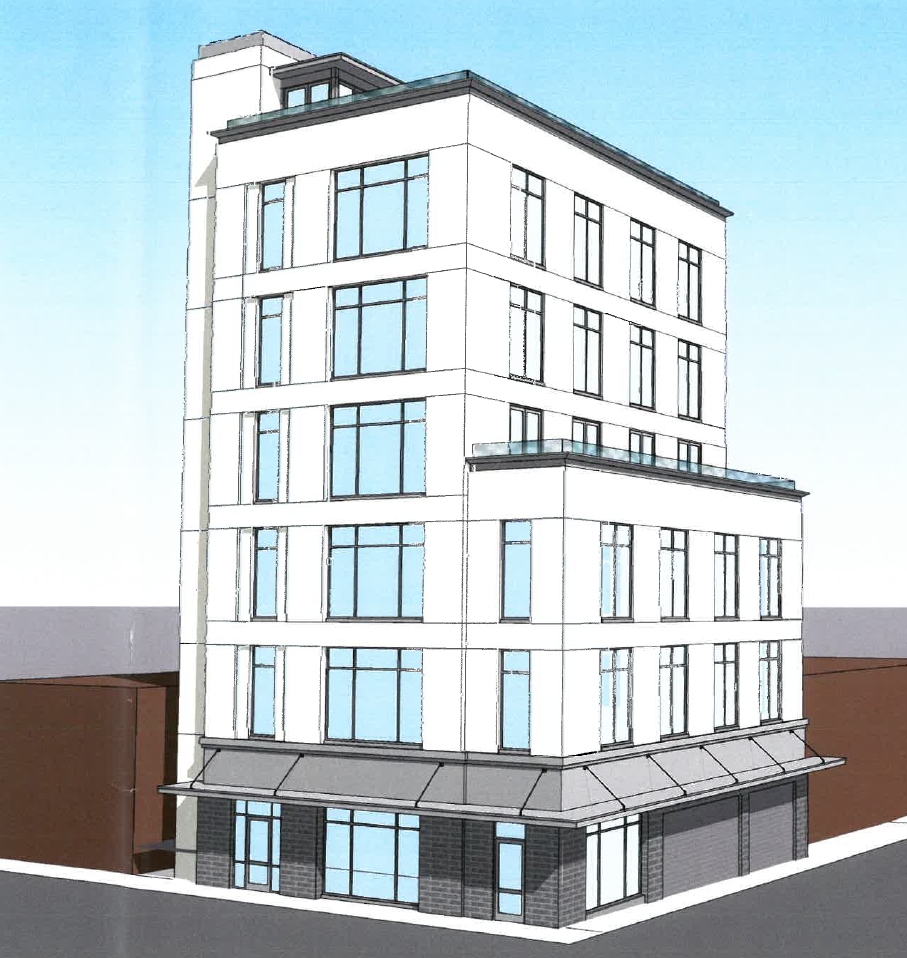 The Charlottesville Board of Architectural Review made a partial recommendation to approve the size and shape of a new downtown building Tuesday, but stopped short of full support after the acting city attorney noted a problem.

“The proposed building appears to exceed the maximum allowable building height for the zoning district,” wrote Lisa Robertson in an email to BAR members shortly before the meeting.

This is the second submission that Black Bear LLC has made for a building at 201 W. Water St., a site currently occupied by a vacant one-story building. The BAR approved a demolition permit for the existing structure in May.

The applicant previously had applied for a special-use permit to exceed the 70-foot height limit in the city’s Downtown Corridor zoning. The BAR indicated last August that it wanted to remove parking from the building. The property is within an area that exempts developers from having to provide parking.

The Planning Commission in November recommended denial of the permit.

“The applicant has come back with a by-right, six-story mixed-use building,” said Jeff Werner, the city’s historic preservation planner. “… A partial basement level will house utilities and storage space.”

Werner said the BAR needed to decide if the design is characteristic of the downtown architectural design control district.

“The building style is described as ‘quiet modernity,’” Werner said.

Shortly before the meeting, Robertson expressed a concern that the applicant’s building height calculations were incorrect.

“The application does not qualify for a grandfathering provision that was part of a December 2017 [zoning] ordinance that changed how overall building height is measured,” she wrote.

Prior to that change, the maximum height of a building could be calculated by averaging the structure’s sides.

Because no site plan had been filed with the city, the application does not qualify to use the old method.

“If the developer or landowner wishes to pursue this building design, the building height depicted in your application materials would require a special-use permit,” Robertson said.

“It’s a 70-foot-tall building which is the by-right allowable height,” Grigg said. “I’m not sure what’s going on.”

Some members of the BAR said the design looked to be within the height limits.

“I think you’re within inches,” said Carl Schwarz, an architect who serves on the panel. He added there might be some confusion about how the height was measured.

Grigg said he had altered the design to meet requests made by the BAR last year to include retail in the space. The plans show space for a small shop along Water Street.

“From a massing standpoint and an organizational standpoint, this makes a lot of sense,” said BAR member Breck Gastinger. “I think the new approach at the ground floor is way more beneficial to [both] pedestrians and the public space.”

The retail space would only be 500 square feet. Some BAR members were concerned that was too small.

“Just because it’s labeled retail on the plan doesn’t mean you’re going to have a thriving mini-store,” board member Melanie Miller said.

The BAR voted to approve the massing of the building, but the project will need to come back for a final approval once the height issue has been resolved.