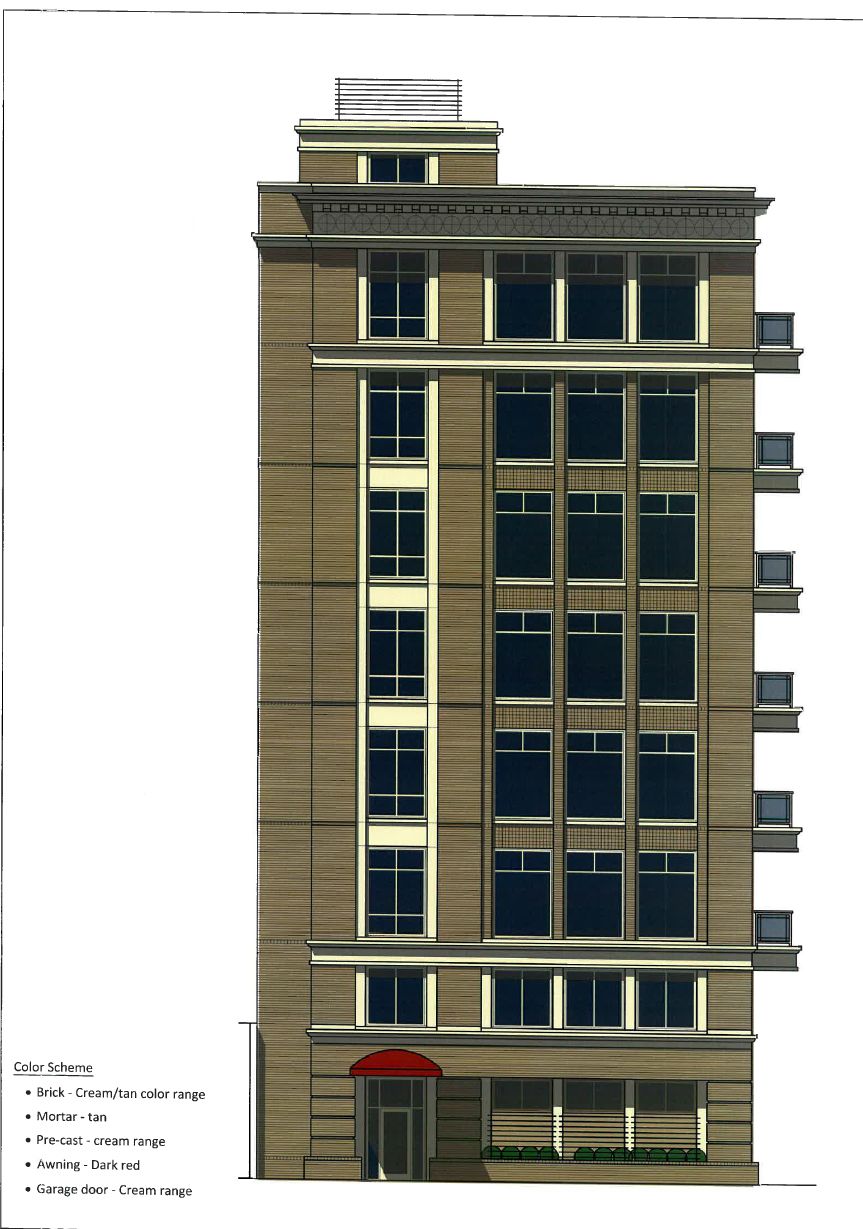 The Charlottesville Board of Architectural Review wants the developer of a proposed eight-story building on Water Street to eliminate parking in the structure in favor of commercial space.

“I have a problem with the parking situation and think forcing this building to have parking is kind of crazy,” said BAR member Tim Mohr.

Black Bear Properties is seeking a special-use permit to build a 94-foot-tall residential building at 201 W. Water St. on the site of the former Clock Shop of Virginia. The property covers less than a 10th of an acre. The BAR in May approved a request to demolish the existing building.

The property is within the city’s downtown zoning district, where buildings can be as high as 70 feet.

“By special-use permit, it may be increased to 101 feet, plus a 16-foot-high appurtenance on [no more than] 25 percent of the rooftop,” said Mary Joy Scala, the city’s historic-preservation planner.

The project is across the street from developer Keith Woodard’s West2nd project, which will be 101 feet tall. That project has an approved site plan, but ground has not yet been broken.

The permit must go through the Planning Commission and the City Council. Scala said no date has been set.

“Before council takes action to permit the proposed height and density, they must consider the BAR’s opinion on whether there are any adverse impacts to the downtown architectural design control district that could be mitigated with conditions,” Scala said.

Grigg said the proposal is to have seven parking spaces on the ground floor, one for each 2,200-square-foot residential unit. A 300-square-foot office would be on the second floor.

BAR member Breck Gastinger said the panel had to evaluate whether the increase in floor space enabled by the additional height served a public good.

“In this case, I don’t think the public is getting much at the street level in exchange for that,” Gastinger said.
Grigg said the future owners of the units would want a place to park their car.

“The truth is most people who are going to buy these would like to have two parking spaces, and they’re already going to make a compromise to have one,” Grigg said. “I don’t blame you guys for not liking having seven cars on the ground on this corner, but you’ve got to support your use with some parking.”

Grigg said the benefit to the public would be a sizable increase in the tax revenues that would be generated by a multimillion-dollar building.

But the BAR disagreed and asked for a way to turn the parking garage into commercial space.

“I’m not that concerned about the [extra] height,” said BAR member Stephen Balut. “I just really do have a problem with our guidelines clearly stating that what is desirable is integrating in with the public life on the street.”

BAR Chairwoman Melanie Miller was the lone vote against the recommendation to allow the permit.

“I think 70 feet is already quite tall,” she said.