Developer of The Standard to pay $665,000 to city housing fund 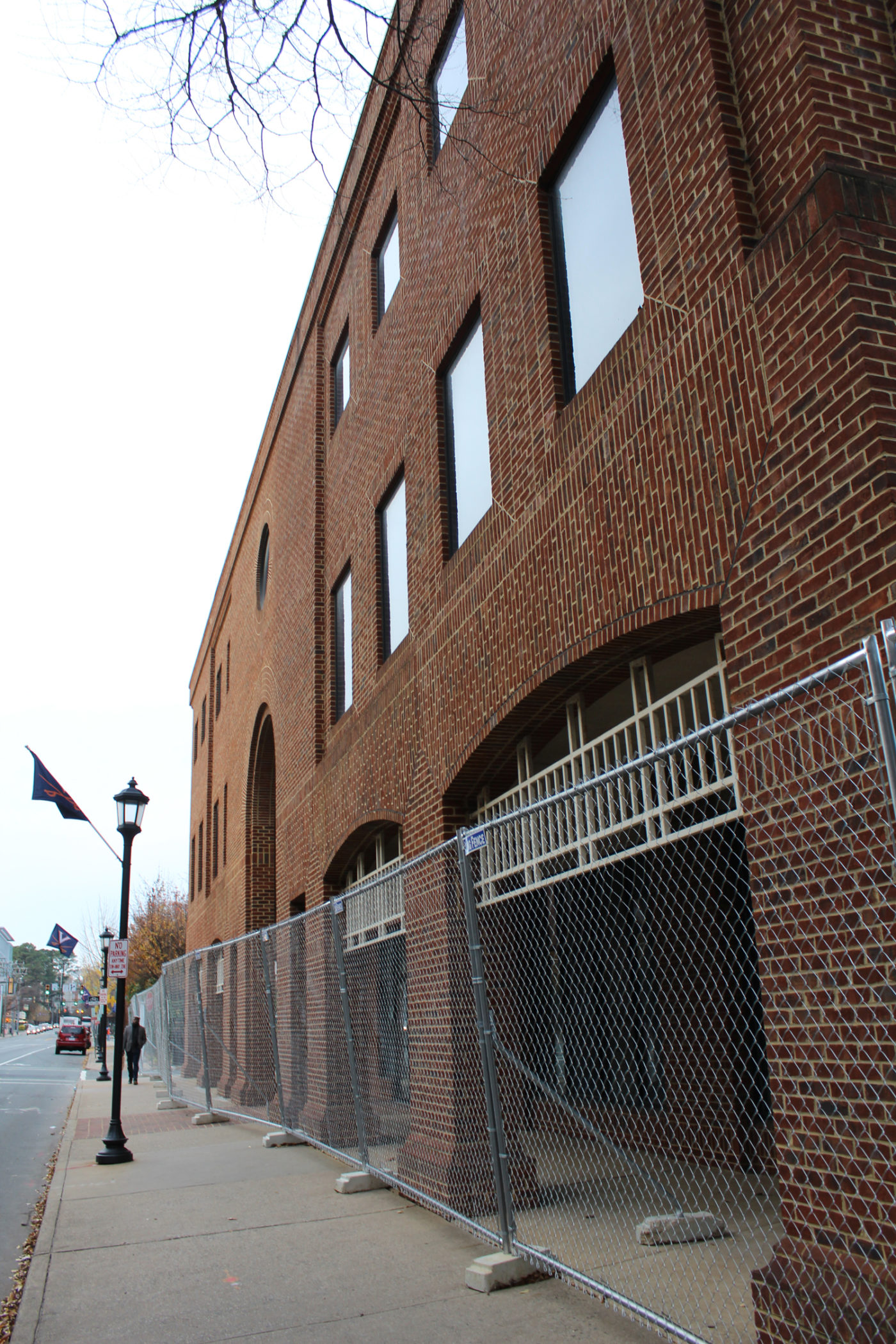 Republic Plaza in its final days

The Charlottesville City Council is set to accept a large payment from the developers of the next apartment building to be constructed on West Main Street.

Landmark Properties of Athens, Georgia, has paid the city $664,777 to meet affordable housing requirements for The Standard, a six-story mixed-use building that will soon be under construction.

“Technically, before any permits can be issued, we need to receive their cash-in-lieu payment if they choose not to build affordable housing on site,” said Stacy Pethia, the city’s housing coordinator.

The council held the first of two readings Monday on an ordinance to accept the money.

Crews have begun demolishing Republic Plaza to make way for The Standard, a structure that will have 600 bedrooms upon completion.

Republic Plaza was built in 1988 but landowners opted to dismantle the building rather than use it as part of the new development. The city’s Board of Architectural Review approved demolition in August 2013.

The City Council voted 4-1 in November 2013 to grant a special-use permit to allow The Standard to exceed the height and number of residential units allowed under the zoning.

Such a permit requires developers to either build a portion of affordable housing on the site or to pay into the housing fund, according to city code.

An “affordable” unit is one that can be rented to a family or individual who makes less than 80 percent of the area’s median income.

Most developers choose to pay into the fund.

The affordable housing fund was created by the City Council in 2007 to help pay for housing-related projects. The funds are part of the city’s capital improvement program budget.

“The housing fund is to help increase the supply of affordable rental housing within the city of Charlottesville,” Pethia said. “We can provide funding to nonprofit developers or developers working with a nonprofit partner to provide the housing.”

One recent use of the fund includes $851,700 for the Albemarle Housing Improvement Program to help pay for its Block by Block program.

Other special-use permits granted by the council in recent years have added to the fund.

Jeff Levien, developer of the 600 West Main project, also will pay into the fund rather than build affordable units on site. Councilors voted 3-1 in June to approve a special-use permit for the project, which will see an apartment building constructed behind the Blue Moon Diner. Construction is expected to begin in the second quarter of 2017.

The developers of the Marriott Autograph Hotel at 1106 W. Main do not have to pay into the fund because it is an entirely commercial building. The council approved a special-use permit for the planned 101-foot-tall building in January 2015.

Likewise, the developers of the proposed Quirk Hotel at 501 and 503 W. Main would not have to pay into the fund. That project only requires approval from the Board of Architectural Review and approval of a site plan by planning staff.

In May, the City Council accepted $200,000 from the developers of the Marriott Residence Inn for use by the Charlottesville Redevelopment and Housing Authority. An additional $100,000 will be given to the city next year per a condition made when the property was rezoned.

That contribution was made because of a proffer approved as part of a rezoning for the property that the council approved in 2007.