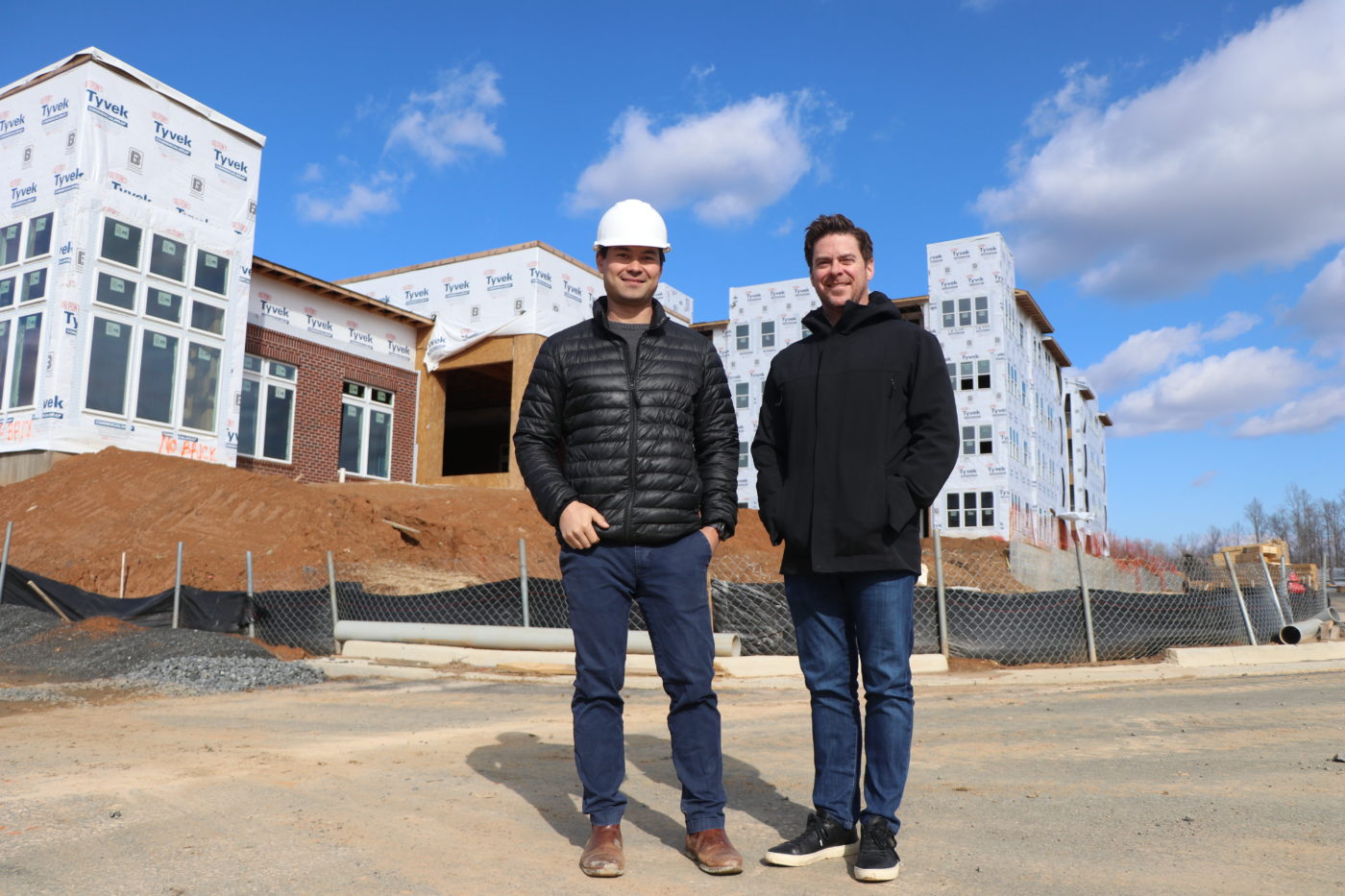 The county’s Brookhill mixed-use development is about to take its next steps toward being move-in ready, and it’s being friendly to the spotted salamanders that already live there, too.

Early on in the project’s development, Riverbend Development Vice President Joe Simpson said, they noticed that the amphibians live in the wooded area near the intersection of Polo Grounds and U.S. 29.

“Every year, they migrate across Polo Grounds Road, and they breed and live in these pools right near the Rivanna River,” Simpson said. “There’s only a few locations where that habitat exists, so it was really important for some of the people here in the community to protect those.”

He explained that as the salamanders migrated at night during the winter, the team sometimes tried to slow traffic to protect them. Now, they’ve factored protecting the creatures into the infrastructure of the development.

“We’re building these special wildlife tunnels that will then go across Polo Grounds Road, and there’s going to be a wall that funnels these salamanders into the tunnel so they can safely cross and we no longer have to have people trying to find them in the middle of the night,” he said.

The overall development will include 1,550 residential units — ranging from apartments, condos and villas — with a community center, pool and gym. Riverbend is contemplating incorporating solar panels, such as covered parking with the panels on top.  The forthcoming subdivision also will have 130,000 square feet of commercial real estate — to include restaurant space, a brewery and an amphitheater where Friday After Five events can occur.

The former ice skating rink that was on the mall is expected to be rehomed in Brookhill. The Friends of the Ice Park nonprofit is raising funds to complete its buildout, but Taylor’s team already has created a space for it when it’s ready.

The next big push is to finish constructing roads — with one even named Salamander Street — along with planting street trees and incorporating bike lanes. The subdivision also is slated to include space for a new middle and high school. 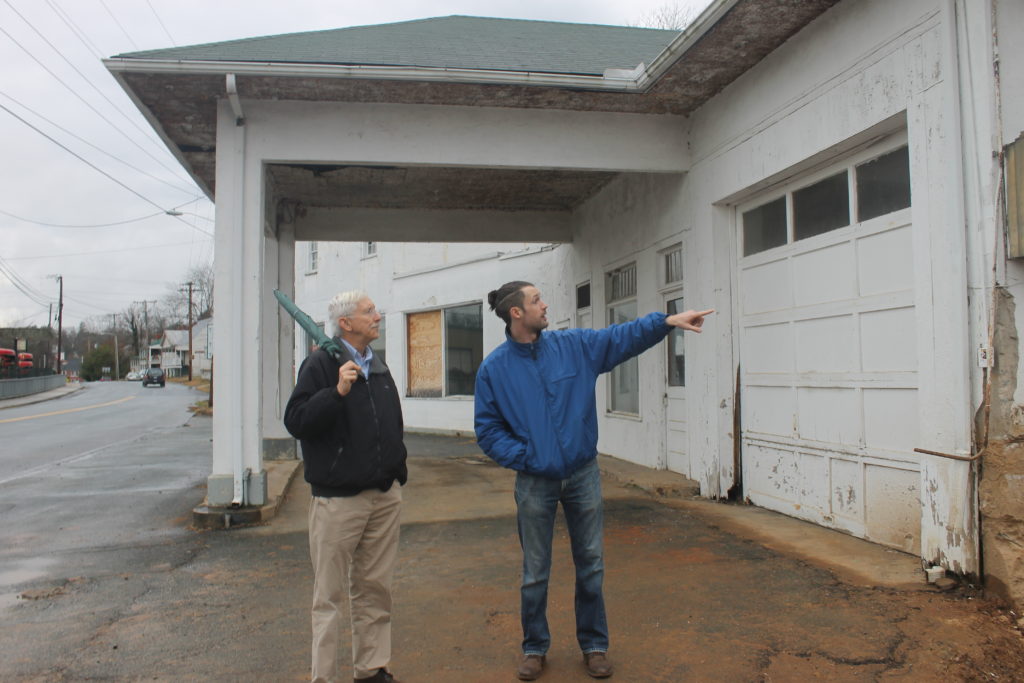 An old building across from the James River has started a transformation that may revitalize a sleepier side of downtown Scottsville.

The building on East Main Street, which needs significant repairs, was built in the 1940s and used to host a commuter bus company. The owners plan to renovate one side of the building into an office or shop with an apartment above, which would be rented out as an Airbnb.

The other side of the building, which has a large canopy, would turn into a restaurant with a back patio. Located across from Scottsville’s public boat launch, the restaurant could become an attraction for those rafting on the James. 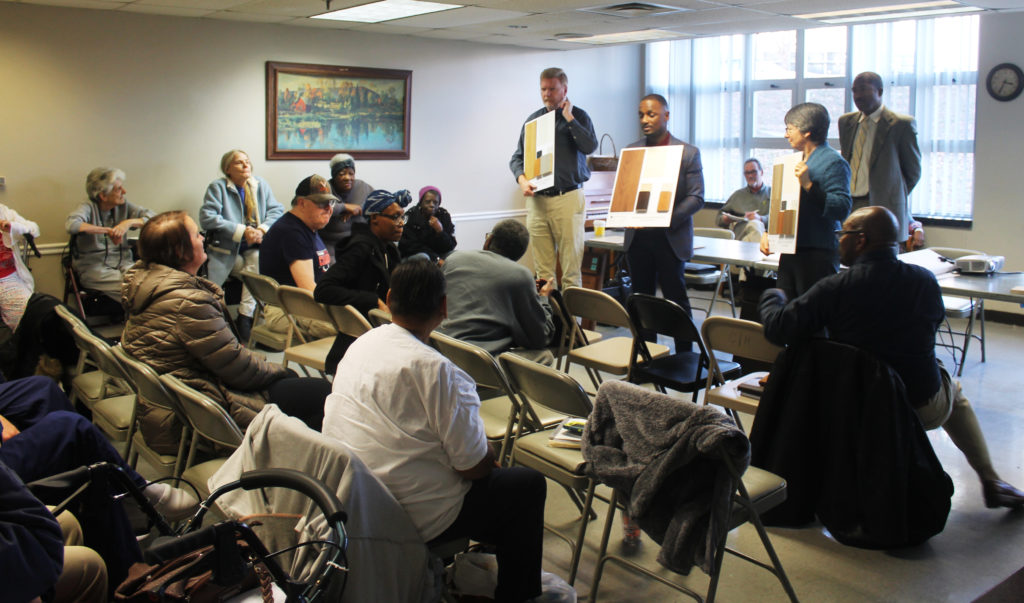 GMA Construction founder Cornelius Griggs (center) holds the color combination that won the most votes on Tuesday, Jan. 28 for the future apartments in Crescent Halls.

The vote on color scheme occurred Tuesday as Cornelius Griggs, founder of GMA Construction, prepares to begin renovations on the apartment complex in April. The arrival of construction crews and equipment will be the necessary evidence for many residents that the long-promised goal of public housing redevelopment has finally begun.

The room full of residents weighed in on construction choices while still voicing skepticism that the construction will take place. One resident emphasized that the durability of cabinet materials and ease of maintenance of shower tiles were the most important factors for her. Another resident asked how his friends could apply for construction jobs.

The Charlottesville Redevelopment and Housing Authority has just hired longtime public housing resident and advocate Joy Johnson as a part-time Section 3 coordinator. Johnson will funnel residents and other low-income applicants into city-run training programs and then jobs on the redevelopment sites, as encouraged by the Department of Housing and Urban Development. 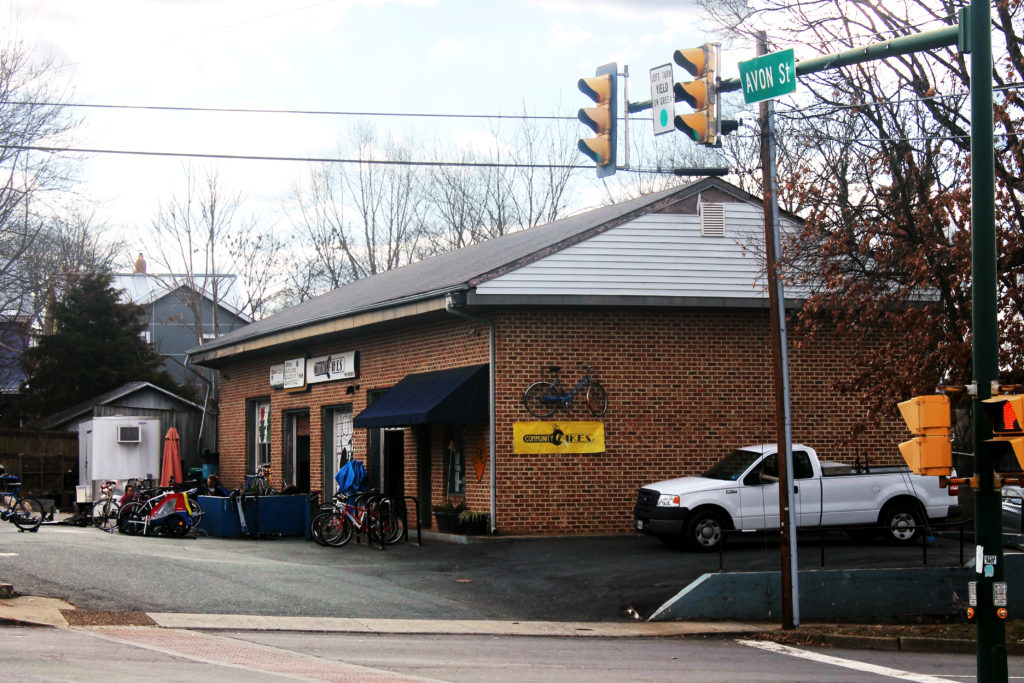 The Charlottesville Redevelopment and Housing Authority owns a piece of property at the corner of Avon Street and Levy Avenue that may host a second version of The Crossings at Fourth and Preston.

Crossings II postponed until next year

A plan to end chronic homelessness in Charlottesville has been delayed, because all of the pieces will not fall into place before a key annual funding deadline.

Virginia Supportive Housing has been working with a group of community leaders to create a second version of The Crossings at Fourth and Preston, a mixed-income community that houses and supports people who have been homeless long-term.

The group was aiming to apply for low-income housing tax credits in March to finance a “Crossings II” on housing authority land at the intersection of Avon Street and Levy Avenue. However, the CRHA board was not convinced that they want to use the Levy property for the Crossings II in time to go through the city’s special-use permit process, which is necessary for the number of apartments envisioned in the project.

VSH won $750,000 from the city in October for the Crossings II but will release its claim on those dollars, which will now be redistributed through the Charlottesville Affordable Housing Fund process, according to city spokesman Brian Wheeler.