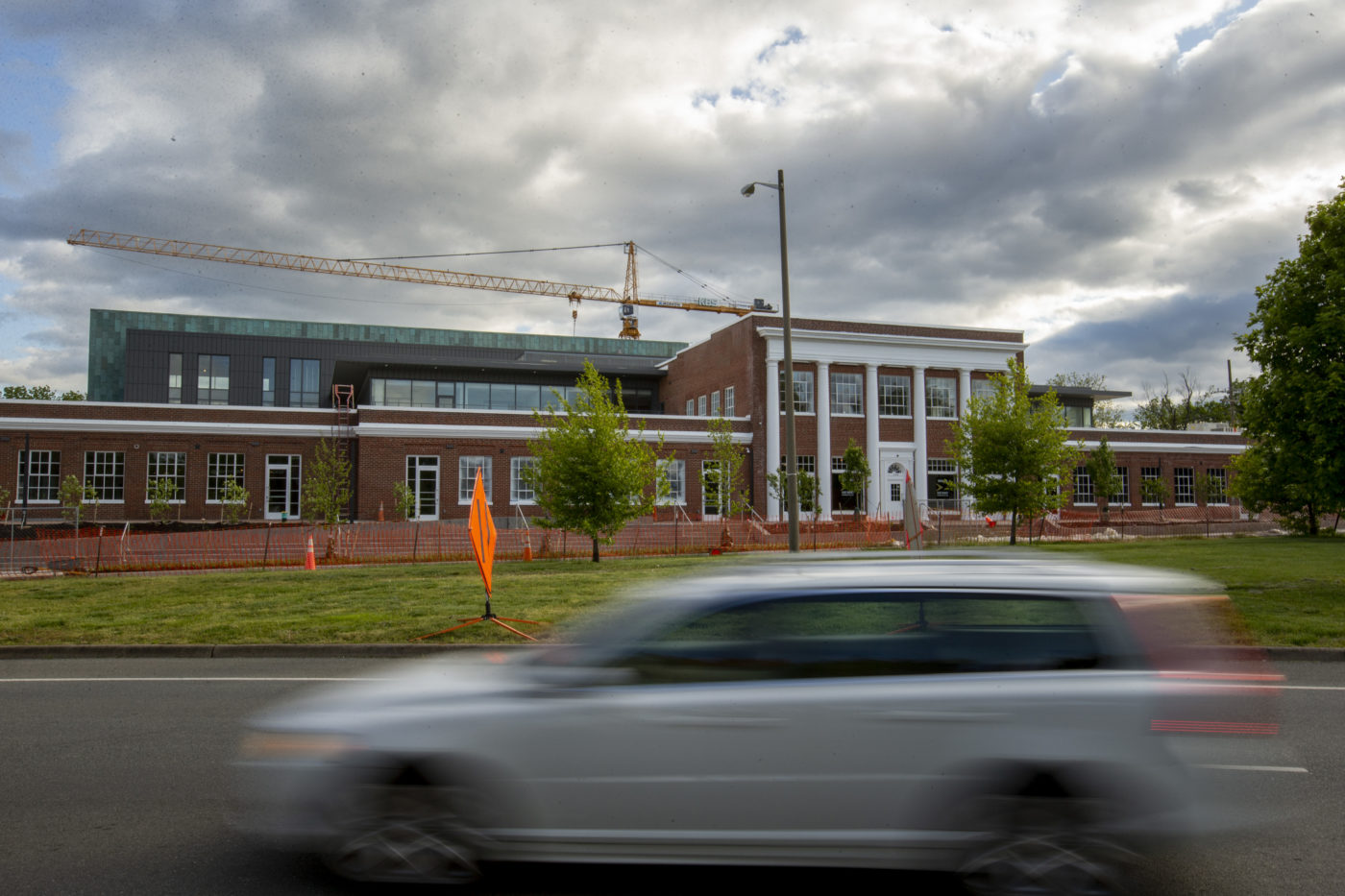 With construction still underway, Dairy Central’s Dairy Market could be open to the public by Labor Day.

The mixed-use project redevelops and repurposes what was formerly Monticello Dairy at the confluence of 10th Street Northwest and Preston and Grady avenues.

As the open target approaches, Dairy Market is finalizing details of more vendor space. Newly announced merchants include Dino’s Pizza and Chicken, but with the global pandemic, Henry noted a slowdown with other businesses.

“With everything going on, everyone is taking a step back to see what happens,” Henry said. “We hope to announce a local ice cream vendor and a Peruvian street food concept in the next month or so.”

The potential September opening is just one part of the overall mixed-use development under the umbrella of Dairy Central. In the summer of 2021, 180 apartments are slated to open, and 50,000 square feet of office space will connect to the Market. Some signed tenants will include CoStar and Dexcom, while Henry says that a law firm and a University of Virginia-related group could be announced in the future.

There also will be flexible event space to accommodate weddings, special events and corporate gatherings of up to 300 people. Dubbed “The Brick Cellar,” the space is named for the bricks salvaged from the former dairy.

In the meantime, Henry said his team is exploring ways to safely use its public plaza in the summer months.

“We are exploring what we can do over the summer months outside to promote the project and keep people healthy and safe to get out of the house,” Henry said. “We have plenty of room to keep social distancing in mind and help people have  a good time.”

“In the parking lot we can do outdoor festivals. Starr Hill brewery coming in would love to do outdoor beer related events on site,” Henry said. 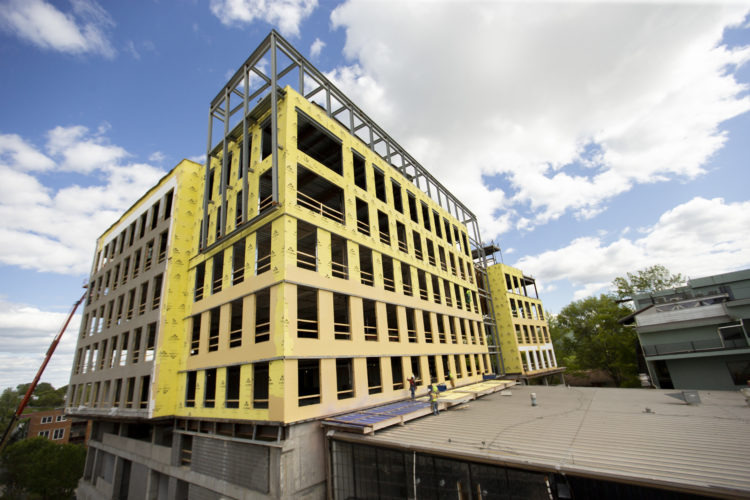 The 3Twenty3 mixed-use development — named for its address — began the year with a crane collapse that delayed construction. The nine-story structure near the Downtown Mall was regaining momentum before the COVID-19 pandemic hit Virginia. In the two months since the pandemic declaration, many Charlottesville businesses have pushed pause or work has slowed down. Meanwhile, the construction of 3Twenty3 has continued along with a new target opening date ranging sometime in September or October.

While the construction, which should be nearly complete by August, has continued to progress, the leasing partner involved is working with confirmed and prospective tenants.

“Our construction hasn’t really slowed down on the base building,” said John Pritzlaff, senior vice president at Cushman & Wakefield | Thalhimer. “It’s the leasing process and people’s comfort with signing a lease that has hit a slowdown.”

While Pritzlaff notes the continued interest of “those looking at it before,” he understands people’s caution in lease-signing during the pandemic.

“People are being cautious in understanding how to come out of all of this [COVID-19],” Pritzlaff said.

As of present, two initial tenants are expected to be CoConstuct and McGuireWoods, with another announcement anticipated in the coming weeks.

When complete, the development will contain five floors of office space atop four floors of parking, with retail space on the ground floor. Amenities include indoor bike racks and electric vehicle charging stations, as well as a rooftop event space and deck.

“You should have unencumbered 360 degree views up there,” Pritzlaff said.