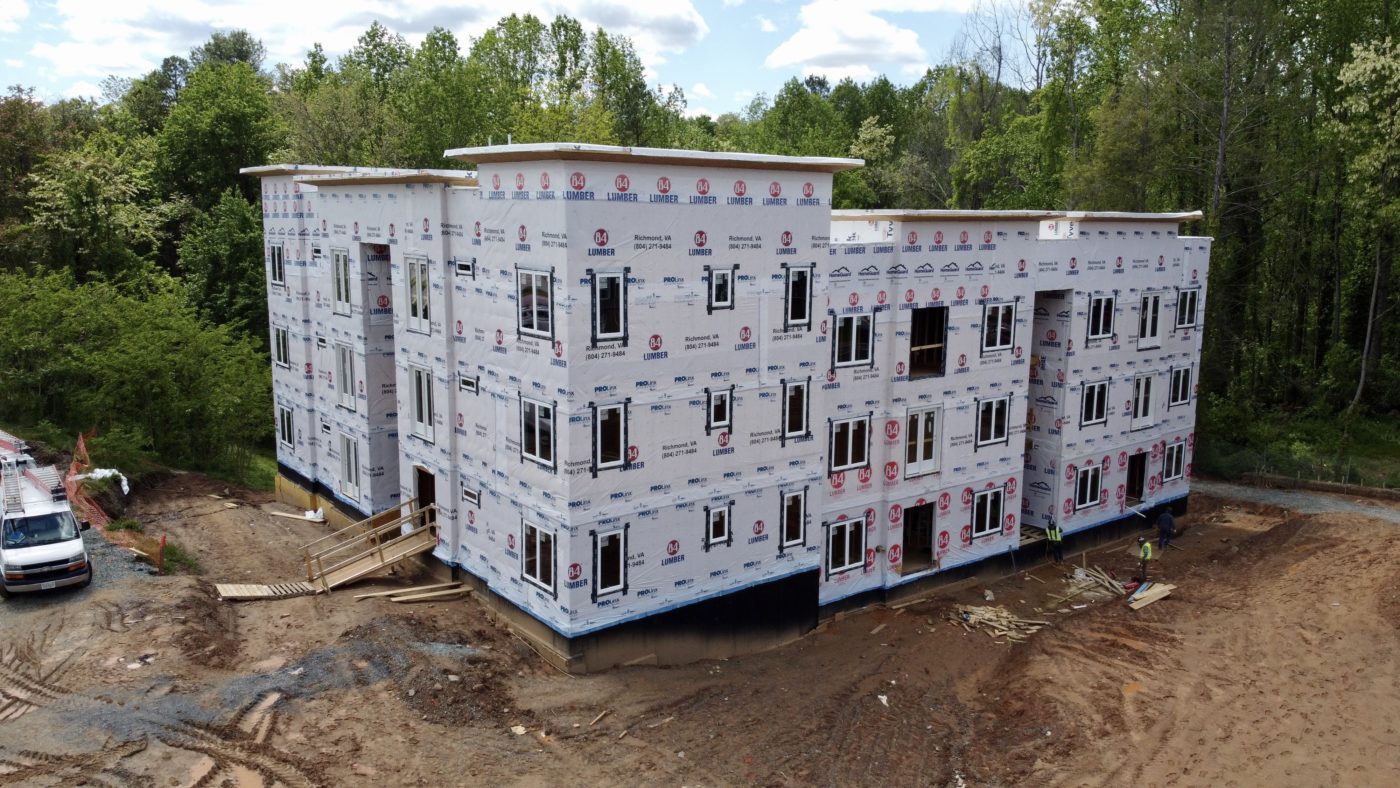 The new development is expected to be complete by August

At some point soon, hard-hat tours are expected to be available for a new apartment building that is taking shape on Commonwealth Drive near the Hydraulic-U.S. 29 intersection that has leasing available in late August.

The Collective on Commonwealth is a 24,000 square foot building that will be home to 22 open floor plan two-bedroom, two-bathroom apartments with energy-efficient fixtures and stainless steel appliances.

“We have 100% LED lighting, low-flow fixtures and energy efficient appliances,” said Bo Carrington, principal at 7 Development. “We are leveraging the latest and greatest construction trends to achieve an energy efficient building.”

“I think this project serves as a great example of the county’s policy incentivizing the delivery of affordable units — it is a win/win and we’re happy to make this small contribution towards solving the local housing crisis,” Carrington said.

The land was originally purchased in 2017, and Carrington said his team loved the convenience of the parcel being near the Shops at Stonefield. While the apartments will have access to free parking in its lot, there is also a Charlottesville Area Transit stop nearby. 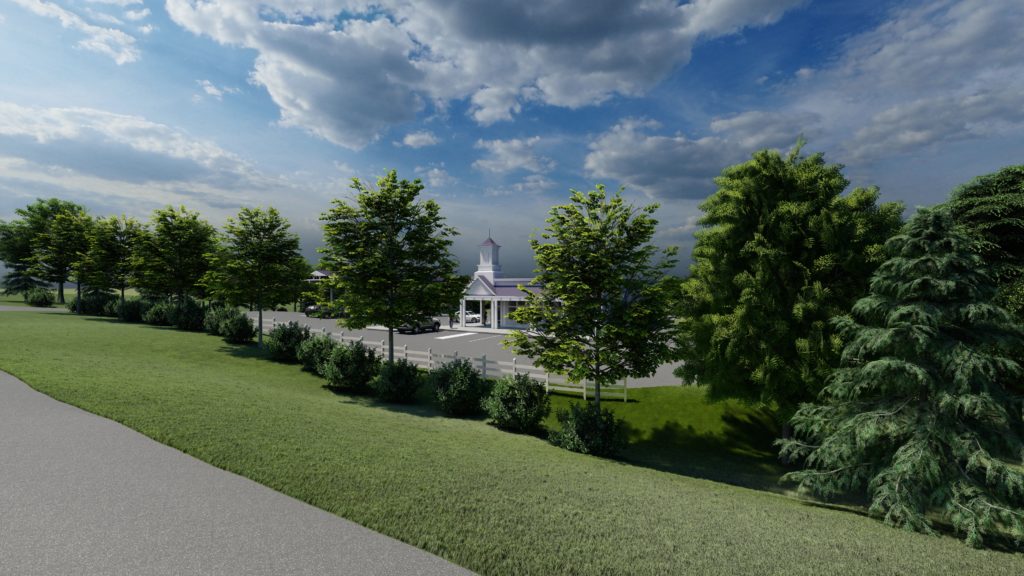 A revised rendering of the project sets it back on the lot with foliage out front.

A proposal for a new Tiger Fuel convenience market and gas station has been in the works for three years. After this week’s Albemarle County Board of Supervisors meeting, the approval process for the project will take a little longer.

Due to a mistake in advertising virtual participation for public hearing, further action on the proposal cannot happen until June 17, at the earliest.

Dubbed The Market at Boyd Tavern, the latest Tiger Fuel development would sit on a parcel in Keswick near Black Cat and Mechunk roads. The development would include five gas pumps and a convenience store including the made-to-order sandwiches and to-go foods seen at other Tiger Fuel locations like Bellair, Mill Creek, Preston and Ruckersville. Though a petroleum company, Tiger Fuel also plans to include electric vehicle charging stations at the site and install solar panels for energy use.

As the COVID-19 pandemic has caused economic distress nationwide, Tiger Fuel President Gordon Sutton is even more enthusiastic to get the project off the ground. Once completed, Sutton says it will create 24 jobs with full benefits and can generate about $100,000 in tax revenue annually.

“I think, now more than ever, it is critical for our community and the county to support projects like these,” Sutton said.

With Tiger Fuel’s plans first presented in early 2017, the parcel was originally a commercially zoned speck alongside Interstate 64 in a majority residential area. After a 2019 zoning text amendment, the parcel is now both commercial and residential, requiring a special use permit to proceed due to the nature of the proposal being a convenience store.

At Wednesday’s board meeting and at a Feb, 4 Planning Commission meeting, some community members expressed concern about water usage, but Sutton asserts plans to install a restrictor valve that will limit water use in the development to the equivalent of two residential homes.

Meanwhile, Sutton and his team have expressed concern that if not approved, other developments could take shape under by-right classification.

The special use permit process is the county’s best opportunity to participate in and shape this project,” Sutton said. “If we are voted down, a Dollar General or any number of by-right uses will be on this property and they will not have to file for a special use permit.”