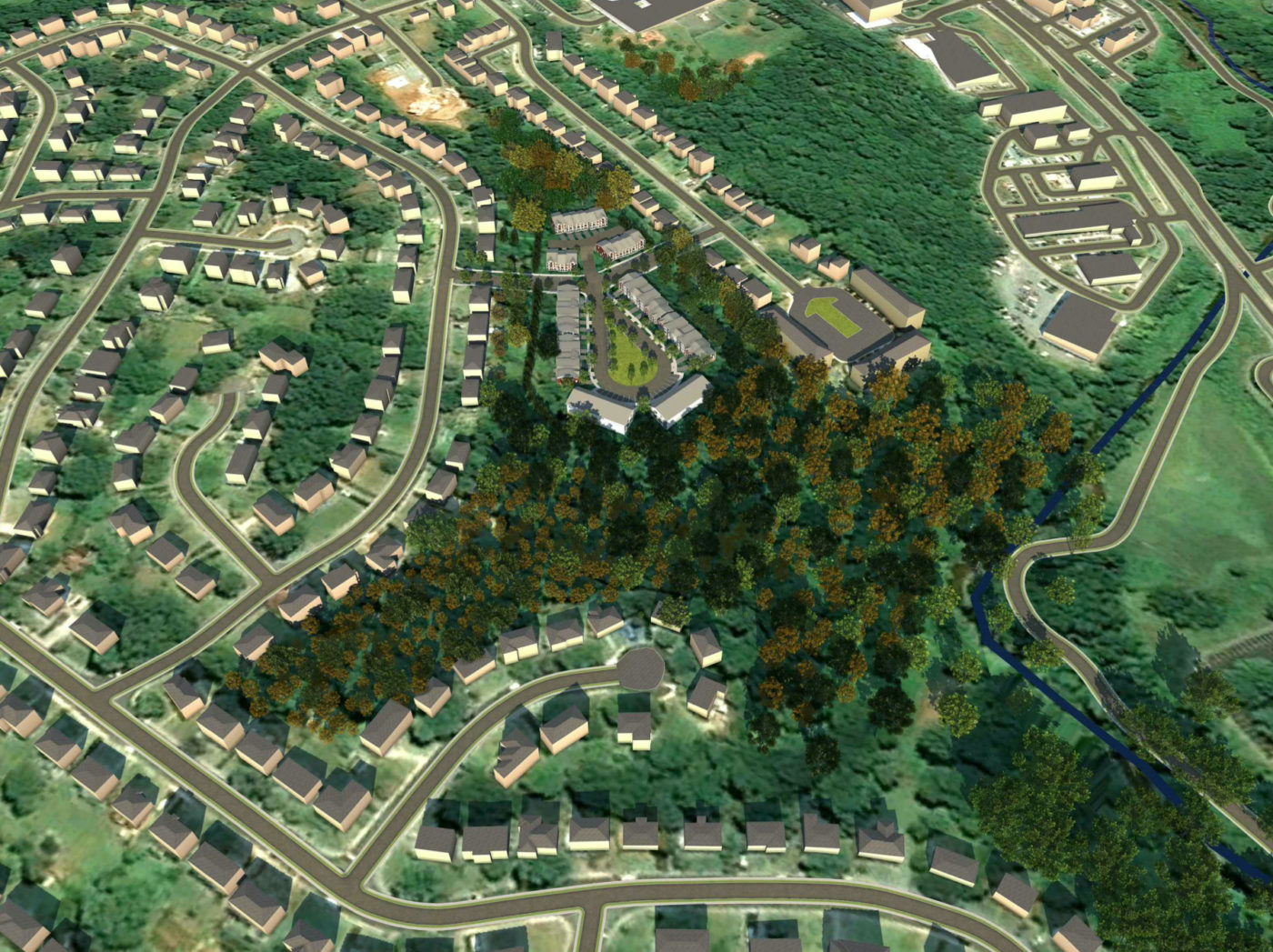 Last summer, the Charlottesville City Council voted to reject a rezoning of land in the Fry’s Spring area to develop eight rows of townhomes.

In the year since, Southern Development has made alterations to the project which include an increase of affordable units with an area median income cap of 60% AMI, which is lower than what is usually proffered.

Charlie Armstrong, vice president of land development at Southern, said community outreach has happened over the last year, as well, with another change being an altering of what would have been two rows of townhomes to condominium buildings — eight units each — “to provide more housing types.”

The number of units proposed also increased from last year.

“We increased the total number of units to a maximum of 60 units,” Armstrong said explained. “We think we will actually get 53 on the site for the best fit, but it does provide some density to owners who want to add ADU [Accessory Dwelling Units].”

Habitat for Humanity also is involved in the project, which will help with construction of affordable units.

“We have been working really hard to push down the average AMI of our families by intentionally going out and trying to find families with poor credit, longtime issues of persistent poverty,” he explained.  “So the average AMI of applicants to our program that will — assuming you recommend approval and council passes this — is 32% of area median income.”

Rosensweig said they will be protected with 40 years’ worth of layered deed restrictions that preserves the city’s interest in longer-term affordability.

“Families gain equity at the end of the 40 years. They will realize every penny of the equity on that home,” Rosensweig said. “So this is leveraging Southern’s two projects to get significantly more affordable housing at a much higher quality for people of lower incomes where they can earn equity.”

As Starbucks begins to close some of its cafe-oriented locations across the country, it’s planning more to-go oriented venues — one such location with a drive-thru has been in the works locally with Riverbend Development. Approved in this week’s Charlottesville Planning Commission, the next steps of the project will be underway soon with coffee brewing sometime in 2021.

According to Alan Taylor, president of Riverbend Development, the next steps are submission of building permits which could take a couple of weeks. Riverbend will be responsible for redevelopment of the building’s exterior and handing over a workable clean slate to Starbucks for the interior.

“We are going to basically gut the interior of the building and deliver them what we call a ‘white box,’” Taylor said. “We haven’t selected a contractor for that yet, but we will deliver that to them and they will take it from there.”

As for the exterior, a couple of entrances will be removed, the roof will be replaced and Taylor says things will generally be “spruced up.”

Although the existing drive-thru to be repurposed for the pick up of coffee and other Starbucks products, there still will be a Wells Fargo ATM on site at the building. 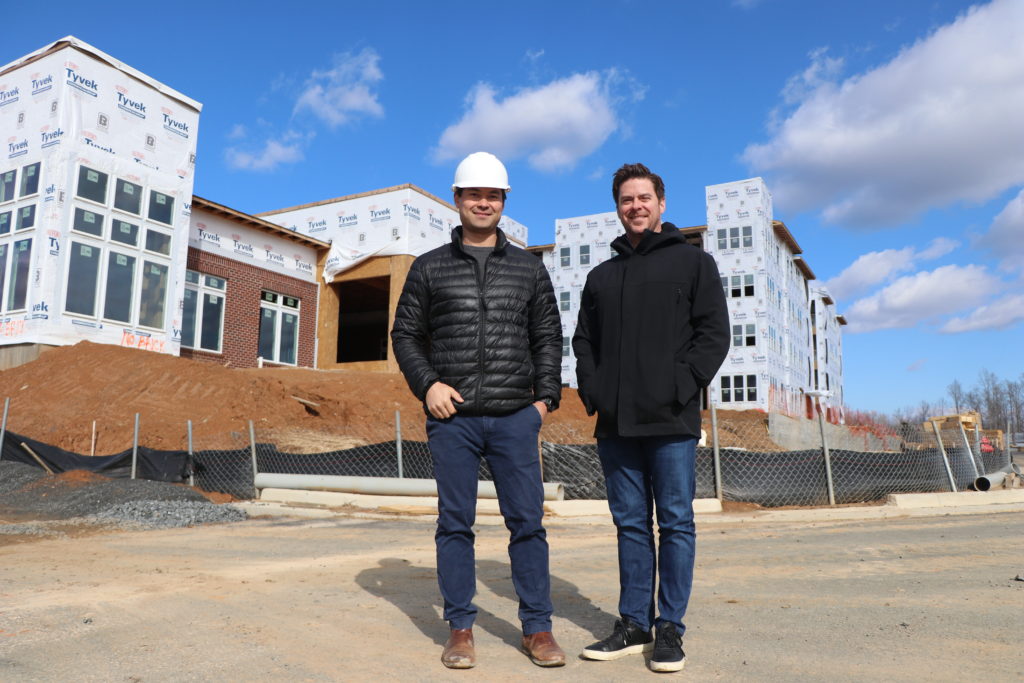 Also in Riverbend Development news, Taylor says that the first certificate of occupancy could be ready by next month. A website for the Archer Brookhill Apartments is now available to inquire about the leasing process.

The apartments are part of the Brookhill subdivision off Polo Grounds Road and U.S. 29.

The overall development will include 1,550 residential units — ranging from apartments, condos and villas — with a community center, pool and gym. Riverbend is contemplating incorporating solar panels, such as covered parking with the panels on top.  The forthcoming subdivision also will have 130,000 square feet of commercial real estate — to include restaurant space and an amphitheater where Fridays After Five events could occur.

While the overall project is underway, the apartments are expected to be granted a certificate of occupancy this summer.