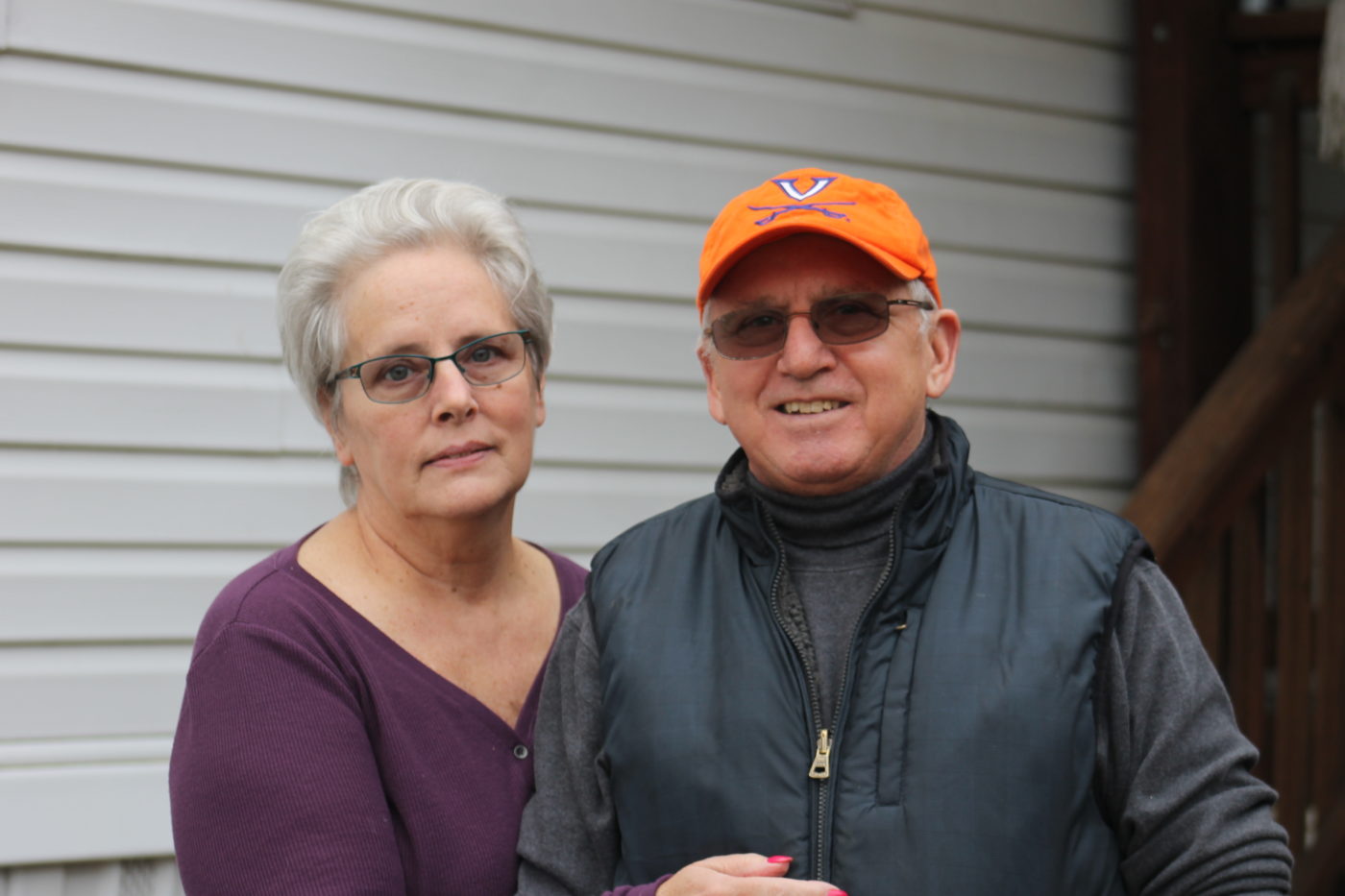 Annette and Jerry Trombley live in the Ridgewood Mobile Home Park and are figuring out their next steps now that the park has been sold.

Homeowners have one year to relocate

Annette and Jerry Trombley are less worried about themselves than their neighbors.

The couple said that they have been living in the Ridgewood Mobile Home Park in northern Albemarle County for around two decades and knew that the owner, Gary Howie, was trying to sell the park for much of that time.

Howie finalized the sale of the park and a related property to Virginia Beach-based RST Development on Oct. 15 for a total of $6 million.

The Trombleys own land near Farmville and plan to retire there in 2021. Jerry Trombley said that he was not sure his neighbors would be so lucky. Some are more elderly and are on fixed incomes, he said, and even the cost of moving the trailer might be prohibitive.

Howie said that he chose a purchaser that had relatively low rents on other properties and that respected his wish to give families a year to find other housing. Howie is also keeping his office open to help families sell or move their mobile homes or find other places to rent.

The park is almost as old as he is, and he’s 75, he said. Continuing to maintain the park with its old septic system was not feasible at his age.

“We have good people there. I wish I were 40 years younger,” Howie said.

The park accounted for 68 of the roughly 1,094 mobile homes in the urban areas of Charlottesville and Albemarle County, according to the recent housing needs assessment, completed for the Central Virginia Regional Housing Partnership. The study identified displacement of mobile homeowners as a key issue for the region.

Habitat for Humanity of Greater Charlottesville has stepped in to prevent displacement in two other mobile home parks in the region, including Southwood in southern Albemarle. Howie did offer to sell Ridgewood to Habitat, but Habitat CEO Dan Rosensweig said that was in 2010 and the asking price was far too high above the assessed value to be feasible for the organization.

Rosensweig said that Habitat is redeveloping Southwood because of the failing infrastructure and aging trailers but that other models like land trusts are possible at other sites. Cooperative resident ownership of the parks work as well, he said, as practiced by the nonprofit ROC USA.

High area rents and the possibility of saving more of their incomes prompted the Trombleys to decide to live in Ridgewood, Jerry Trombley said. Annette manages food services at Henley Middle School and Jerry has now retired from managing a dining hall at the University of Virginia.

The couple is still finalizing their plans for the next year. They may stay some months at Ridgewood and then camp in their travel trailer or rent somewhere nearby before they both retire and move to Farmville. 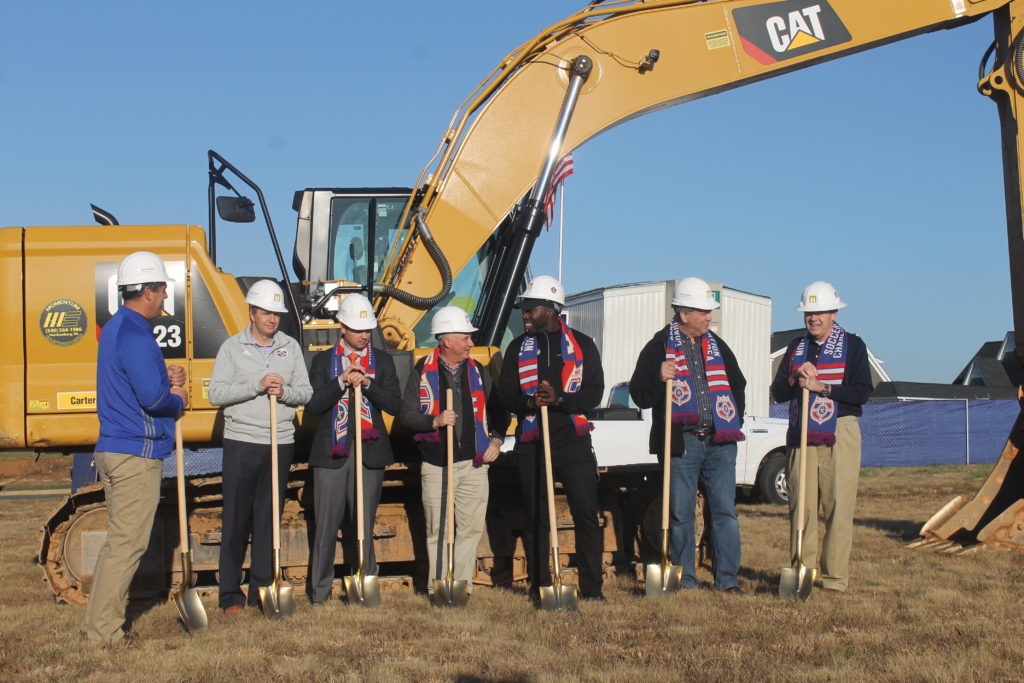 One of the largest youth athletic organizations in the area has broken ground on its new home.

The groundbreaking ceremony for the Soccer Organization of Charlottesville Area’s new headquarters took place on Wednesday afternoon in the Belvedere neighborhood. SOCA’s facility will include offices for the staff of 15 and an indoor soccer field. Later phases will include a field with seating and concessions for championships and several smaller fields.

At the same event, developer Steve Krohn, of New Belvedere, dedicated 31 acres of riverfront property along the Belvedere neighborhood to Albemarle County to use for walking and biking trails.

One in five children in Charlottesville and Albemarle play soccer with SOCA, according to the organization. The games are particularly important for the refugee community as a way for newcomers to form social networks, SOCA Executive Director Matt Wilson said. 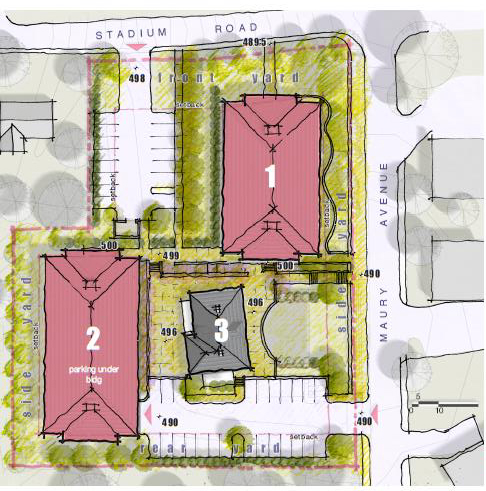 The council voted, 4-1, to change the property in the city’s Comprehensive Plan from low density residential to high density residential, with Mayor Nikuyah Walker opposed. The council also moved Southern Development’s rezoning proposal to a future consent agenda to be approved or denied without further discussion.

Councilor Heather Hill supported the rezoning and the change in the vision document, saying it was a good area for more housing with its proximity to the University of Virginia. Councilor Kathy Galvin was hesitant about approving the amendment outside of a normal Comprehensive Plan update cycle, but Hill said it would be some time before the consultant-led update is complete. 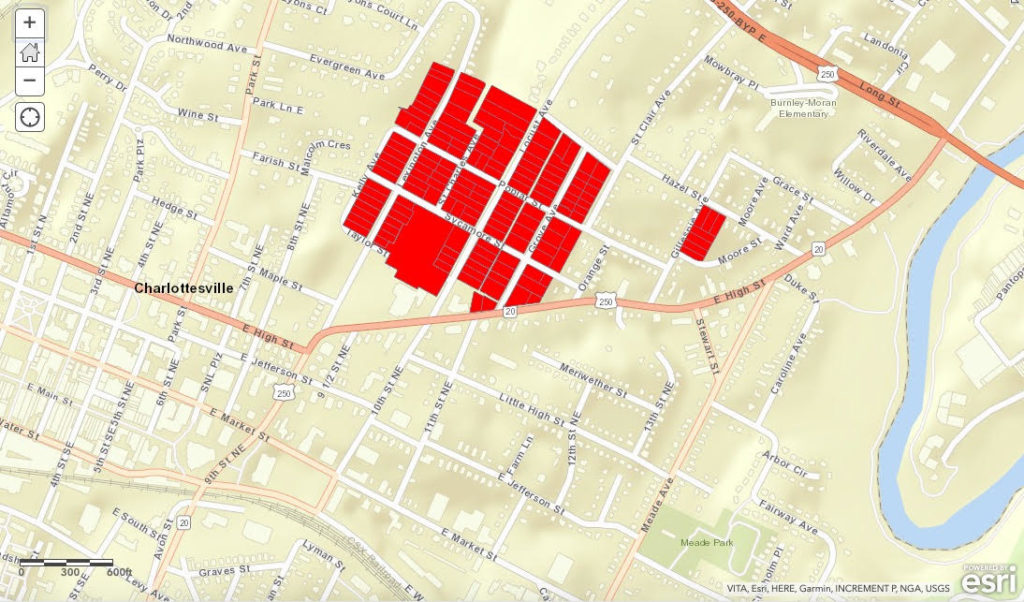 The 1897 deed for these properties near Locust Avenue included a clause that forbade African Americans from purchasing the properties.

Journalist Jordy Yager has been working with the Jefferson School African American Heritage Center to map property deeds that prohibited the sale of land in Charlottesville to African Americans or anyone who was not Caucasian.

Yager has found one of the earliest racial covenants in the country occurred at Locust Grove in Charlottesville in 1897. He has also documented where the city invested in infrastructure and where it turned down those requests, such as by Black-owned Kellytown in 1917 near the base of today’s Booker T. Washington Park.

Yager presented the project to the Charlottesville City Council on Monday. Mayor Nikuyah Walker said that this history of who has and has not been legally allowed to accumulate and maintain wealth is why she insists on a holistic rezoning of the city rather than request by request. Councilors Kathy Galvin and Mike Signer said that this information will be crucial for how neighborhoods look at the Comprehensive Plan update and what residential density goes where.

The Heritage Center is training community members on Saturday to analyze deeds for their own or other neighborhoods. In the evening, the center is screening activist Tanesha Hudson’s new film “A Legacy Unbroken” about stories of Black Charlottesville often left out of narratives of the city.