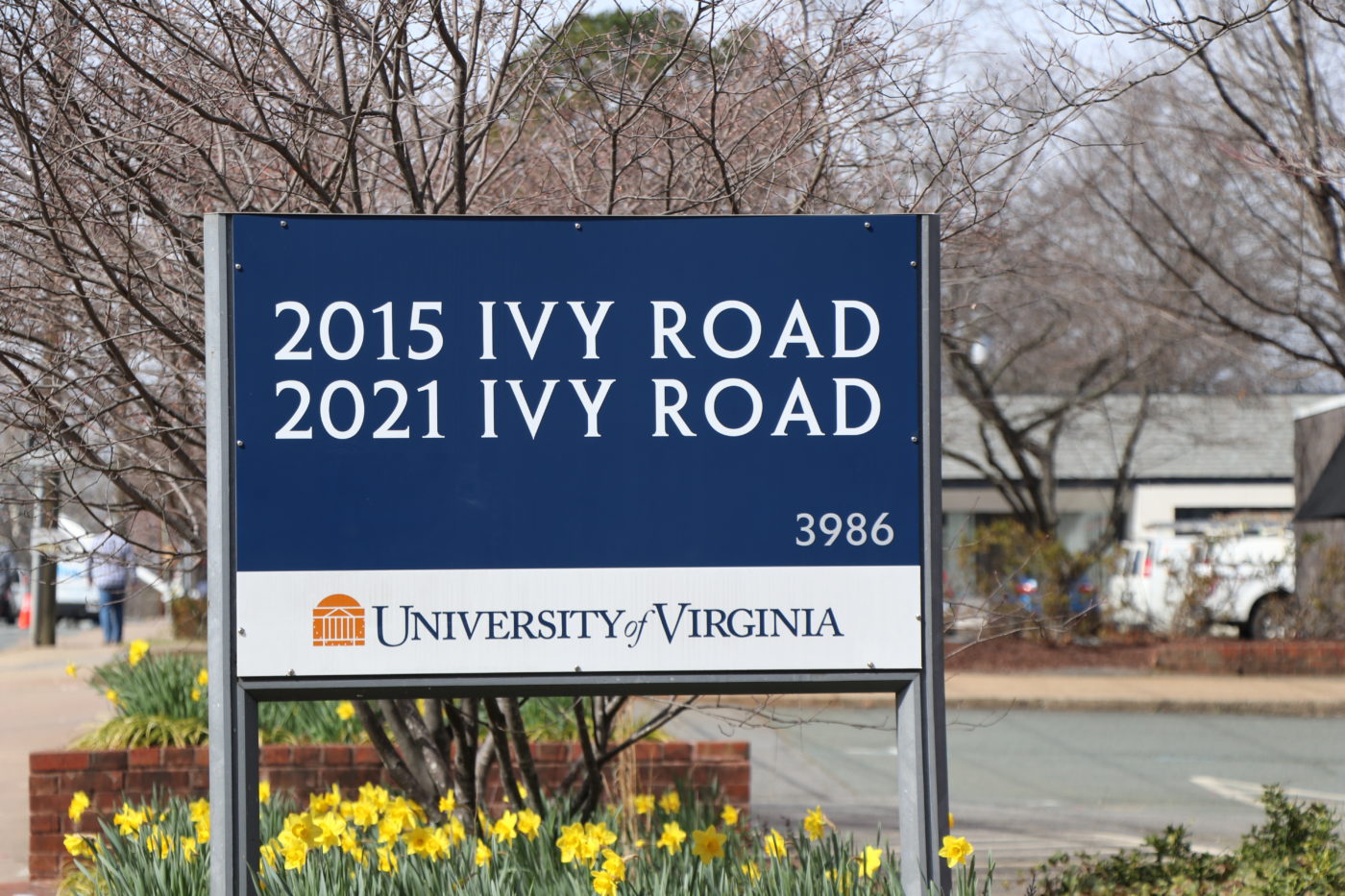 A flexibly-used UVA building is slated for demolition to make way for overall corridor redevelopment along with a hotel and conference center.

A more than 14,000-square-foot office building on Ivy Road will be demolished ahead of redevelopment of the Ivy corridor and will pave way for a proposed hotel and conference center. The item passed the consent agenda of the Buildings and Grounds committee during Thursday’s University of Virginia Board of Visitors meeting.

Presently, 2015 Ivy Road is home to the Dynamics Building, which houses Information Technology Services and provides swing space that temporarily houses various university departments on an as-needed basis. The University of Virginia Foundation purchased the property in 2004 and leased it to the university.

In anticipation of the redevelopment of the Ivy Road corridor, UVa purchased the property from the foundation in 2018. The corridor’s master plan calls for changes to the north side of Ivy Road from Emmet Street to Copeley Road. Wings Over Charlottesville and BB&T already have closed in advance of the proposal.

Plans to construct a hotel and conference center near the Emmet-Ivy Parking Garage place its primary entrance at the site of the Dynamics Building.

999 Rio Road gets approval to move forward with zoning amendment 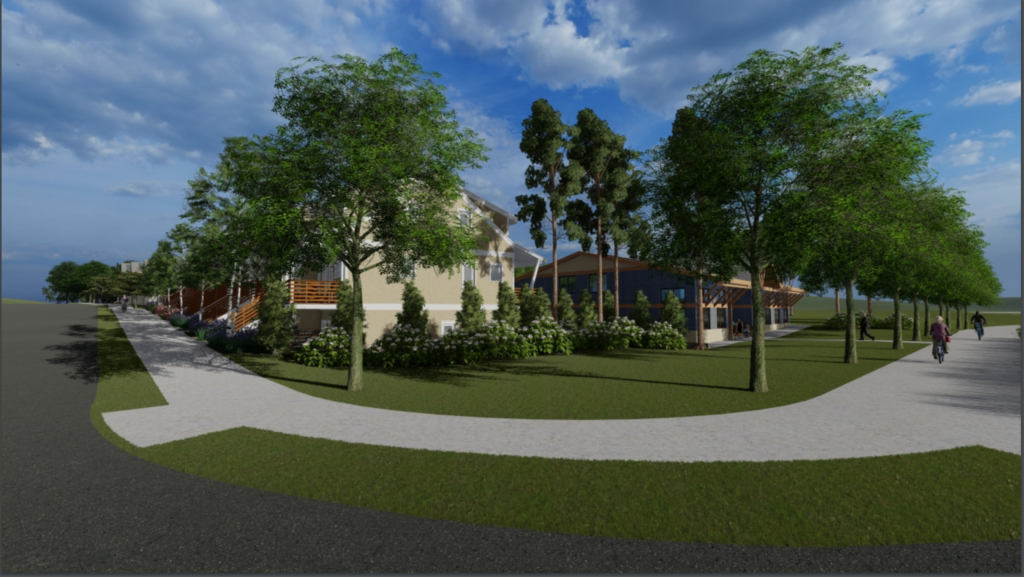 With a 4-2 vote in this week’s Albemarle County Board of Supervisors meeting, a mixed-use proposal at the corner of Belvedere Boulevard and East Rio Road — which had been challenged by nearby residents — finally received a zoning map amendment in order to continue its plans.

Developer Nicole Scro, of Gallifrey LLC, has worked with Shimp Engineering on several draft proposals in seeking county approval. With the zoning map amendment that was granted Wednesday, Scro and her associates can continue to move forward in the process to develop the nearly 2-acre parcel into a one-story office building and up to 28 residential units.

During the meeting, some speakers voiced their opposition to it, and some Dunlora residents have opposed it due to traffic concerns as the area has seen more development. During the presentation, Scro highlighted 51 nearby residents who have expressed support for the project.

Throughout the process, Scro said she has fielded community input to adjust the proposal.

Changes to the plans over time include a decreased density from 46 total units to 28. Scro also urged the supervisors to focus on the 40% decrease of commercial space and that only office use is permitted, rather than more-traffic-generating retail like drive-thru restaurants.

“We’ve scaled down our project so much, we are almost at by-right valuation,” Scro said during the hearing.

Had she not received the zoning map amendment, Scro and her team could have built 11 residential units on the lot and been exempt from the architectural review board process. Scro argued that with the rezoning, she can build smaller, more affordable homes. Larger, more expensive by-right structures could have been built by-right.

Other features of the development include green space and a dog park for residents. 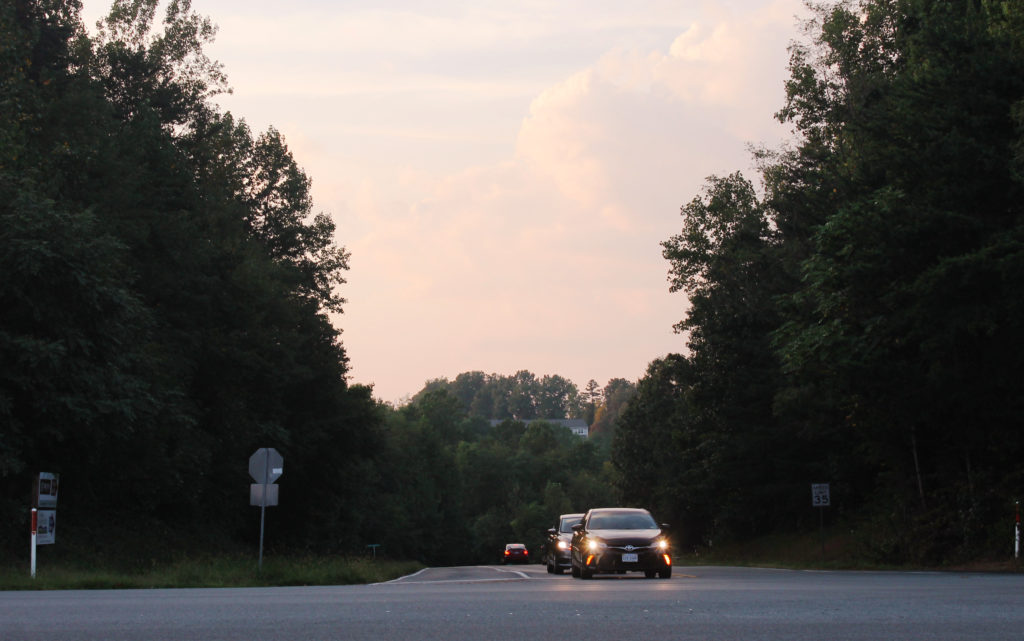 Kyle Redinger and Shimp Engineering are hoping to create a mixed-use hub at the intersection of Fifth Street and Old Lynchburg Road.

A proposed 13.5-acre mixed-use development at Fifth Street Extended and Old Lynchburg Road continues to move toward fruition with Albemarle County feedback. Originally proposed as Royal Fern, the Albemarle Business Center has plans to be home to businesses and residents through about 230,000 square feet of commercial space and a 128-unit apartment community that will include a minimum of 15% affordable units.

The most recent presentations to the Albemarle County Planning Commission included Class A office space that would be targeted toward technology, biotech and related companies; commercial real estate for businesses like cafes, restaurants or an urgent care center; and mixed-use retail and storage space.

Other features of the development could include greenspace for the businesses and residents in the area, an enhanced bus stop and building heights no taller than 50 feet to keep its massing comparable to nearby properties.

The proposed development sits in an Opportunity Zone, which is a low-income area that is designated for federal tax benefits and economic development from the 2017 Tax Cuts and Jobs Act.

The ABC project’s goals are to create a commercial center, provide workforce and affordable housing to the community and “generate tax dollars to pay for the impacts of residential development and current challenges faced by the area schools.”

The developer intends to develop and manage the site. The next step is to submit site plans for review this spring. If passed, construction could begin by Spring 2021.

“We are working on revisions to accommodate requests and concerns from the Planning Commission and community,” Developer Kyle Redinger said. “We will likely submit our final application plan in the next few weeks and then be scheduled for a Planning Commission public hearing. I don’t have dates or the final submission yet, as we are waiting on guidance from county staff.”