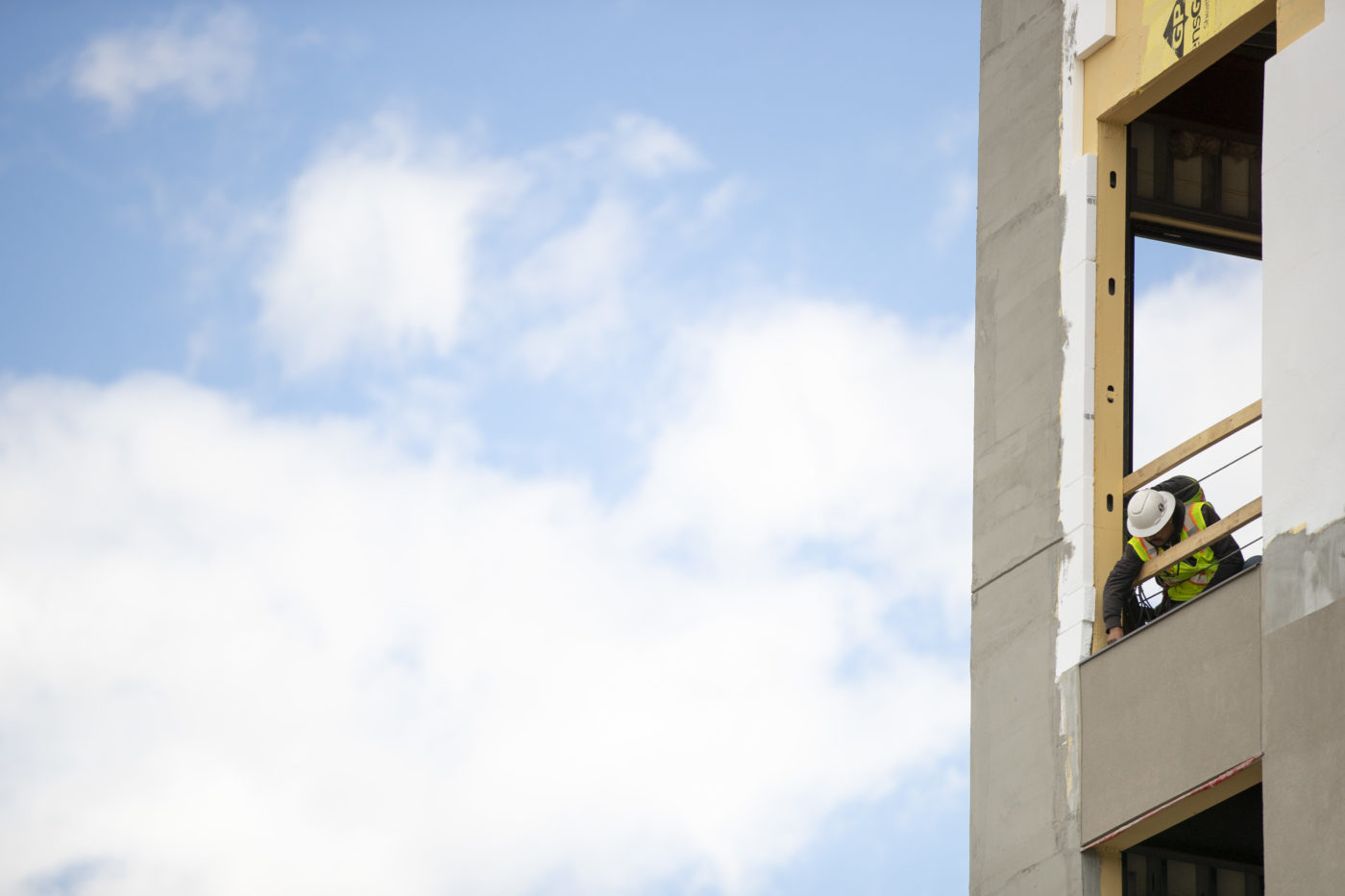 In recent weeks, Charlottesville has been abuzz with chatter about land use and planning as the next chapters unfold in the development of a new Comprehensive Plan. People have sent emails, posted signs, made calls and engaged in Twitter threads.

While the robust and varied feedback can help inform Rhodeside & Harwell Inc. — the consultants tasked with guiding the development of the Comprehensive Plan update — the overall vision for the future of the city, much like the development process, will still take time.

(See this explainer on the Comprehensive Plan process for a refresher of where we are at.)

Though development is only a portion of the overall Comprehensive Plan, it’s perhaps one of the most concerning parts for residents who are resistant to aspects of the current draft of the Future Land Use Map (FLUM).

Charlie Armstrong, vice president of land development with Southern Development, said it makes sense that it would be a focal point for some people.

“Obviously, the land use map is getting the most attention because that’s the part people can more directly relate to themselves,” Armstrong explained.  “They can look at a map and see their place on it.”

The current draft of the FLUM indicates how various sections of the city could be used — ranging from lower to higher residential density, mixed-use nodes where commercial and residential real estate can reside and more commercially oriented spaces like Charlottesville’s Downtown Mall area.

While, anecdotally, feedback has ranged from approval of increased density in hopes to create more affordable apartments and homes to criticism of changes to areas that have been largely residential, the more concrete changes won’t be solidified until a zoning rewrite that is scheduled to be addressed later this year and into 2022.

“This Comprehensive Plan draft and land use map aren’t even describing what can happen or what will happen. It’s describing what the city thinks might be appropriate for an area in the very long term,” Armstrong said. “This is just a high level guiding first step to define what we want in the big picture.”

So, how does development work?

Like the Comprehensive Plan process, it doesn’t happen overnight.

One of the first steps for a project to become approved in Charlottesville is to speak with Neighborhood Development Services — the office within local government that handles planning, zoning, building permitting and inspections, along with property maintenance.

When developers coordinate with officials at NDS, they are also able to determine what can be developed by-right, meaning already allowed within a property, or if they might need discretionary approvals like a Special Use Permit (SUP), zoning change or critical slope waiver.

For example, an SUP might entail increased density on a parcel to allow for infill development — or construction within an underused parcel —or a commercially zoned space may be requested to become residentially zoned. A critical slope is hillside land on a property that is otherwise protected from development and may require a critical slope waiver to allow for some disturbance during development.

According to Matt Afele, a planner for the city, from the initial submission of paperwork to groundbreaking, the approval and planning process can take anywhere from two to four years.

Armstrong also called any time as brief as 18 months “an absolute minimum.”

While the public can place their attention on certain points of the process, like public comment during Planning Commission meetings or when projects come before the Charlottesville City Council, the more esoteric workings happen behind the scenes, much like the engineering process for designing the roads, utility build outs and actual buildings on the property.

Forms are submitted and meetings are held as development teams coordinate with NDS to meet various requirements outlined in city code and zoning currently in place. The Comprehensive Plan that is in place for the duration of the project (including a Future Land Use Map and a zoning ordinance) serves as a guide when developers and city staff envision the future of a project.

Missy Creasy, assistant director of NDS, said the nuances and timelines of a project can vary on what is built by-right and what may need special permissions, but that community engagement is required.

Creasy explained that NDS holds pre-application meetings with developers where one of the first questions the department asks potential applicants is how the conversations have been going with the neighborhood of their proposed project.

“The first thing they should do is be working with the neighborhood along the way,” Creasy said. “That’s going to allow them to have a much more successful project than if it’s something that just kind of shows up in people’s world.”

Especially with projects that will need special accommodations like an SUP, NDS requires a public hearing and site plan conference. Often the public hearing takes place when the project reaches the Planning Commission stage of the process — where the commission can recommend approval or denial to the City Council.

“I’ve found most developers are still going and talking to the communities outside of that process,” he said.

For Armstrong, feedback helped Southern Development’s Flint Hill project move forward. As the project is currently months into its site plan work with NDS, Armstrong estimates it will be into the four year mark from when it was first conceived by the time ground is broken on the new neighborhood.

In 2019, the project in the Fry’s Spring neighborhood was rejected by the City Council and Armstrong’s team spent the next year addressing concerns and feedback while coordinating with Habitat for Humanity on affordable units within the development.

Following feedback, a later presentation of the project highlighted multiple housing types and increased affordability. The project later saw a recommendation for approval from the Planning Commission and approval by the City Council in the summer of 2020.

Armstrong points to a previous project, a subdivision called Paynes Mill near Ridge Street that used by-right zoning. In working within the perimeters of what was allowed by-right without seeking special accommodations, Southern Development was able to get approval and begin building the neighborhood at a faster pace. But that came without higher density or more affordable homes.

“So instead of doing something more creative or a little denser or with affordable housing — which is what we would really like to do in those near downtown areas — we felt like we had to go with a by-right proposal which we did get approved in about 18 months,” he said.

At the time, the city was in earlier stages of revising its Comprehensive Plan, and the current consultants hadn’t been hired yet. Armstrong said the uncertainty contributed to the by-right route that his company took at the time.

Reflecting on Paynes Mill, Armstrong notes that the project “almost certainly isn’t what the Comprehensive Plan might envision for that area in the future.”

With equity a guiding principle in the formation, an affordable housing strategy has already been endorsed by the City Council and will become part of the overall Comprehensive Plan when completed. Initiatives include annual investments in affordable housing and the adoption of “progressive and inclusionary zoning.”

Having already been years in the making, the development of the plan, just like neighborhood developments it could shape, will take time and ample feedback.

Meanwhile, with the public feedback period for the current drafts of the Comprehensive Plan and Future Land Use Map having recently closed, it yielded about 1,300 emails, along with more than 900 comments on the interactive map, more than 400 response forms and 37 voicemails.

The information will be part of an upcoming presentation to the Planning Commission on June 29. That work session with the city’s advisory body will help the consultants better determine next steps towards developing the documents and maps that can help inform the future of Charlottesville.