Discovery museum to reopen after renovations 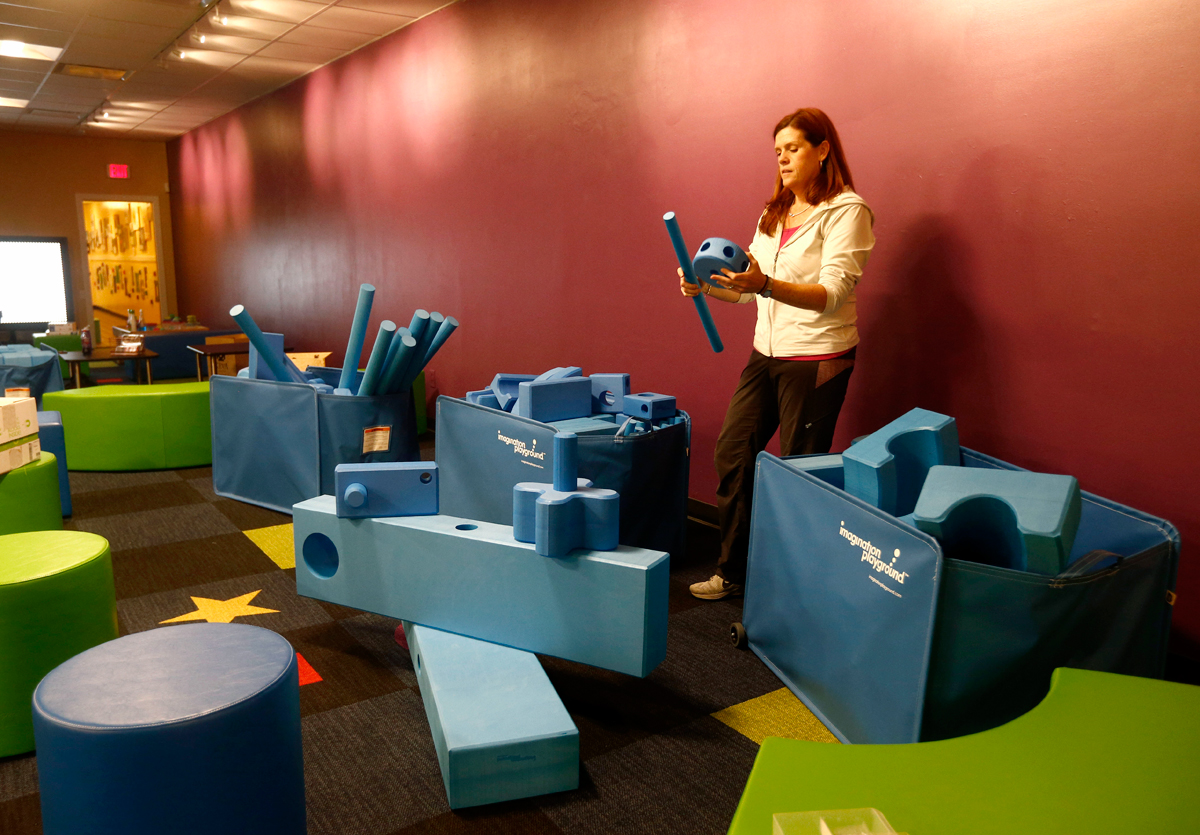 After a monthlong closure, the Virginia Discovery Museum will reopen with six new exhibits Saturday afternoon.

The museum, which has occupied its spot on the Downtown Mall for 25 years, will unveil a science, technology, engineering and math lab; a reading area dubbed the Literacy Lounge; a construction area, a sound and music studio; and a sensory studio, which will provide visual and audio stimulation for infants, toddlers and special-needs visitors to the museum.

The new exhibits are aimed in part at helping to improve pre-K education, said Beth Solak and Janine Dozier, co-executive directors of the museum. The move was inspired by the work of the community’s Early Education Task Force.

“Our board met late last summer in the context of this research to think about how we could be part of the solution, and we refocused our mission,” Dozier said. “We have always been an educational resource for the children in our community, but we wanted to focus specifically on the early childhood needs in our community.”

There is no formal agreement between the task force and the museum.

“We were very aware of the work that the task force has been doing in the community and we are struck that 250 to 350 preschool-age children in Charlottesville and Albemarle don’t get to preschool,” Dozier said. “There is resounding research that shows that children who go to preschool do better.”

The exhibits will focus on letting children play and use their brains, Dozier and Solak said. Technology use in the museum will be limited to a few iPads, and their use will be closely monitored.

The idea, Dozier said, is to draw young eyes away from screens.

There is resounding research that shows that children who go to preschool do better.

“In a children’s museum, our emphasis very much is on imaginative play, which in this day and age of high tech is kind of a dying skill for children,” she said. “We want to give kids opportunities for more free play, where you come in and, though you may be looking at an exhibit about the principles of gravity, the sky is the limit for what you can do with that experience.”

The renovations were funded in part by a grant from the Building Goodness Foundation and were managed by Jack Horn and Arthur Rogers of Martin Horn construction. Horn’s company was the general contractor for the project.

“I didn’t do that much,” Horn said. “Arthur Rogers in my office handled a lot of the management of it, and I made a few phone calls and asked a few favors.”

Without Horn’s help, Solak said, the project would have been a much bigger burden.

“That partnership allowed us to take the museum back to what they call a ‘vanilla shell,’ a sort of blank slate,” she said. “That gave us a blank canvas that we could reimagine and reinvent with, and certainly cut the cost of the project substantially.”

With the work from Martin Horn, the Discovery Museum will end up being one of the largest local Building Goodness Foundation projects.

The museum will be open from noon to 5 p.m. Saturday. It will resume its regular schedule next week.