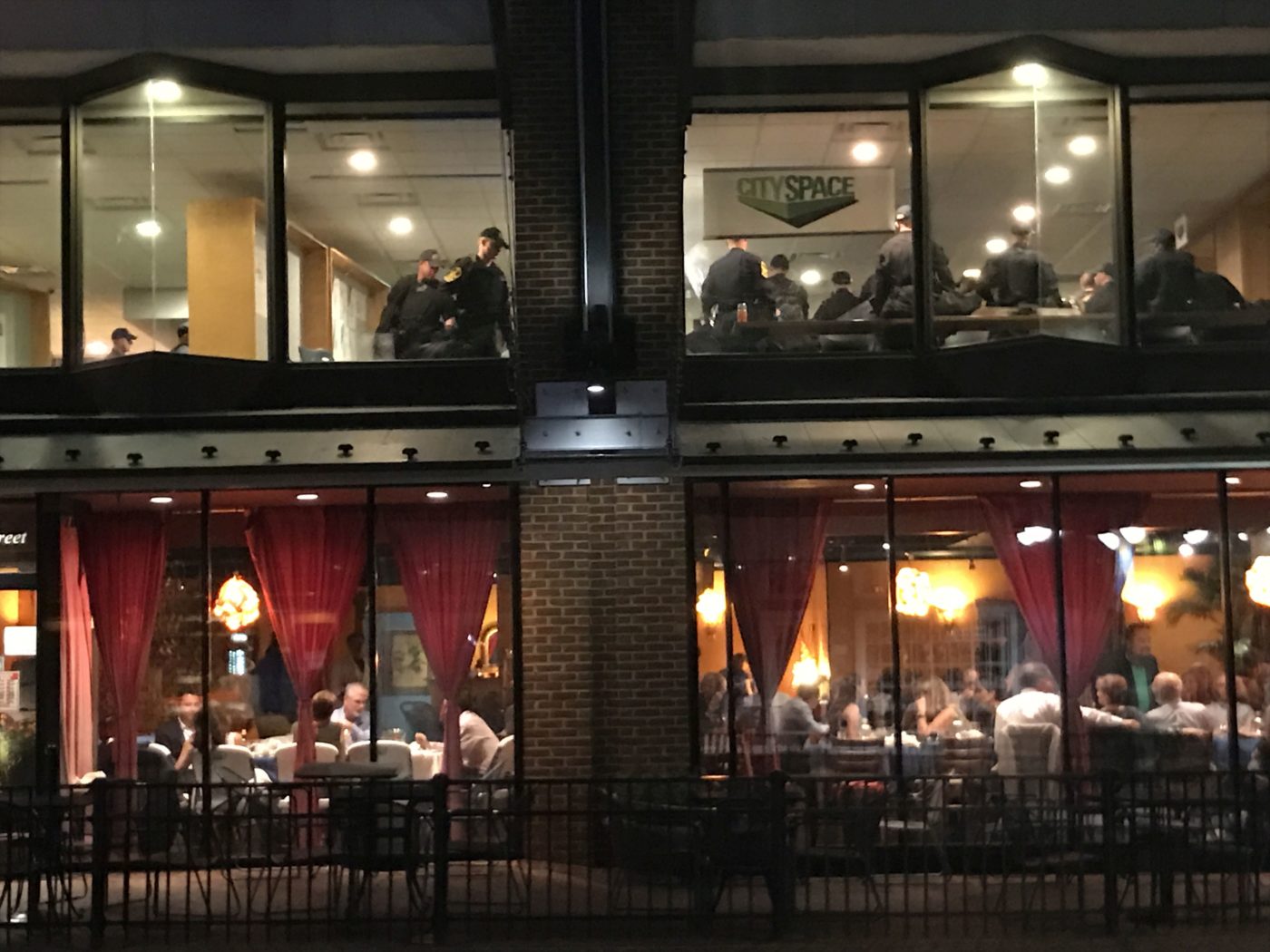 Request to fund comprehensive review of Downtown Mall to go before CouncilCould Downtown Mall trees be on the chopping block?Council to vote on rates for new meters, lower garage fees

Charlottesville’s Downtown Mall reopened for business Sunday following a day in which most if not all businesses closed their doors due to safety issues associated with the Unite the Right rally and large counter-protest demonstrations.

“It’s definitely been a sad vibe today but if you didn’t know any better looking out the window, you would think it was a typical Sunday,” said David Murray, co-owner of Telegraph Art & Comics.

People returned to cafes that had been closed one day before. Several mall businesses had remained open for much of Saturday, but many of those closed soon after a car plowed through a group of peaceful counter-protesters on Fourth Street, killing 32-year-old Heather Heyer.

The steady business on the mall Sunday was a stark contrast to the day before.

“The community has been unbelievably supportive of businesses,” said Mike Rodi, owner of Rapture. “They’ve made a point to come downtown and spend money and give us hugs and give us cookies and flowers and cards. That’s in part what’s kept us going.”

The City Council had voted in an emergency session to give Police Chief Al Thomas the ability to declare a curfew but that measure was never put into place. Nevertheless, the mall was virtually empty most of Saturday evening aside from the handful of businesses that stayed open.

Sunday’s relative calm was broken up in the afternoon when rally organizer Jason Kessler attempted to hold a news conference at City Hall at 2 p.m. An angry crowd shouted him down and he was forced around the building. Shortly before, a line of state troopers had walked up the mall to the applause of many patrons sitting at cafes.

Following Kessler’s news conference, another group held a long rally outside the steps of the downtown post office.

But otherwise the mall operated mostly as normal on Sunday.

“It is always a little bit more slow for business on Sunday,” said Luis Ayala, an employee at Vita Nova. “There are many people a little afraid to come to the Downtown Mall but it seems like a normal day. Nothing is happening.”

A family from Philadelphia had plans for months to come to Charlottesville for a vacation.

“It just happened to coincide with the tragedy that happened,” said Richard Williams.

The Williamses visited Monticello on Sunday and then had dinner at Citizen Burger Bar on the mall.

“I don’t believe this represents this town,” said Jennifer Williams.

Not everyone decided to open on Sunday. The Paramount Theater opted to not show a scheduled screening of the film “Roman Holiday.” The Commonwealth Restaurant opened for brunch but decided to close for dinner.

Other restaurants contended with fewer staff members, as managers reported many employees felt unsafe coming to work. The Nook closed its patio at 5 p.m. but remained open inside.

The man in a blindfold who offers free hugs was offering free hugs. The man with a “mobile jazz cart” blasted lounge music. A sign at the MudHouse offered free coffee to members of the clergy, police and civil servants.

“Providing a semblance of normalcy is the last thing I could do,” said Murray, of Telegraph, which stayed open for the entire day.

“We didn’t want to hand these guys the keys to the city.”