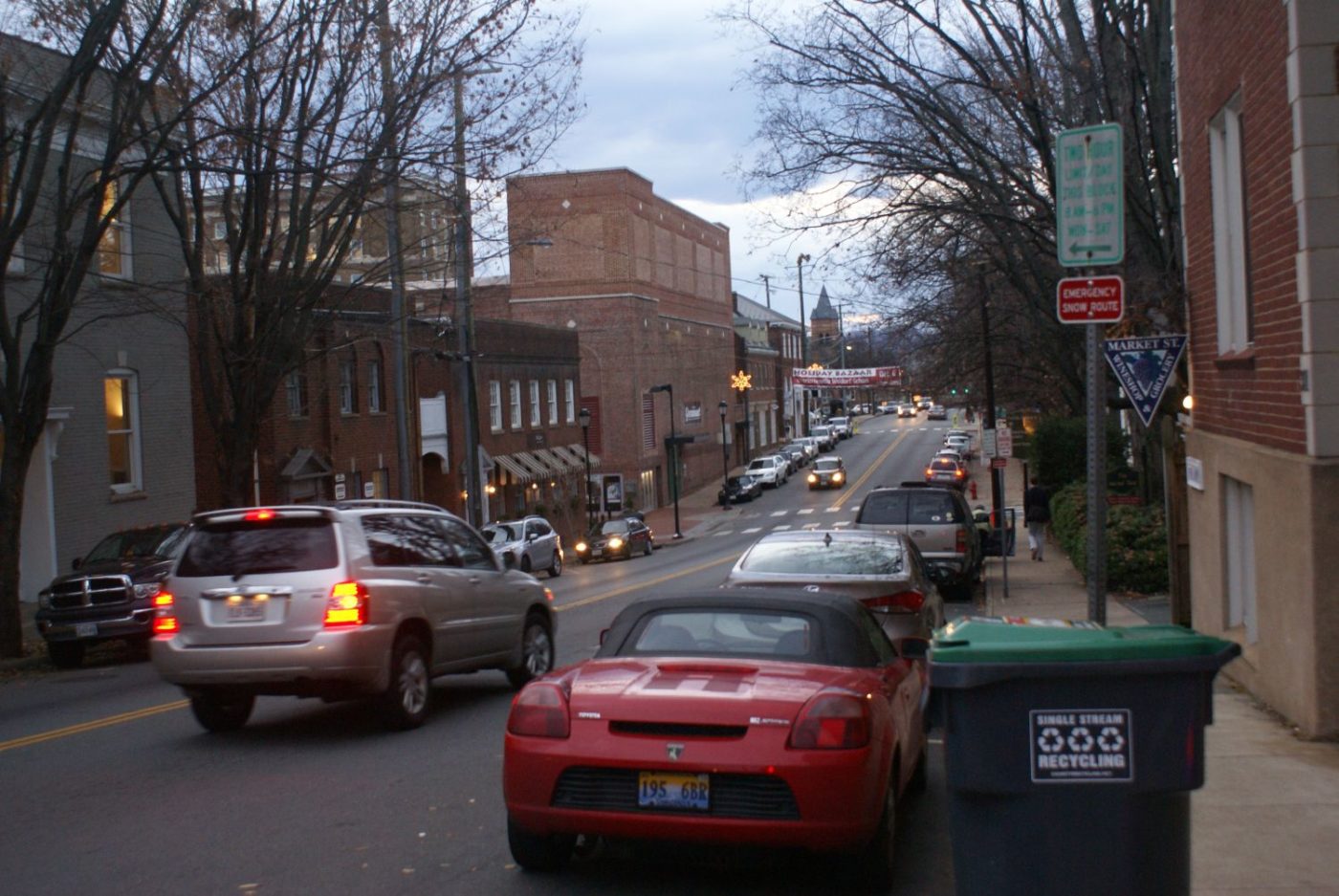 The Downtown Business Association of Charlottesville has asked the City Council to consider charging for on-street parking within the downtown core.

“Our present on-street free parking system is not serving the needs of the public or the businesses downtown and has acted to restrict the availability of parking downtown for most people, but especially those that that are customers of downtown business,” said Bob Stroh, co-chairman of the group.

The downtown association wants councilors to consider installing a system of kiosks that would read the license plates of vehicles parked on streets. He said that association members would be willing to help pay to install the system.

Under the system, those who park on city streets near the Downtown Mall would pay via credit card or cash using the kiosks.

“This modern kiosk system will make payment and enforcement a simple, fast and efficient process for the public,” Stroh said.

The request led councilors to call for a parking management system, though they had little comment on the specifics of the proposal.

“I have been advocating for some sort of a paid parking [system] with an affordable option for people who work downtown for years, and I’m delighted this is coming up to the fore,” Councilor Kristin Szakos said.

“I would encourage you to do some public education, and you can educate me by telling me what a kiosk is,” Councilor Bob Fenwick said. “That’s the challenge you face, to explain to the community what’s going on.”

The concept is also championed by Mark Brown, the owner of the Charlottesville Parking Center.

“We’ve taken some time to really analyze the issues and look them in a new way,” Brown said. “There are some real opportunities here to make a positive impact in managing parking better, and I think if we do it right, we don’t have to make it more difficult for anyone to access downtown.”

For instance, Brown said he would work with the company WillowTree Apps to develop a way to allow motorists to use their mobile phones to find available spaces.

Stroh has been general manager of the parking center for many years and remained in the position after Brown’s purchase.

Earlier this year, the council agreed to study the creation of a business improvement district that would levy a tax or fee to help pay for downtown infrastructure. Now the association is suggesting that revenue from paid on-street parking could help expand that fund and lower BID taxes or fees.

“Everyone in our community benefits from a vibrant and safe downtown, and nothing is more likely to encourage the public to utilize a new street parking system than the knowledge that those funds are to be solely dedicated to provide a vibrant, secure downtown,” Stroh wrote.

The last time a parking study was conducted was in 2008. In February 2009, the council opted not to pursue parking meters.

A similar system in Boulder, Colorado, uses a series of smart meters that allow motorists to pay with cards, cash, or a smartphone.

Mayor Satyendra Huja directed staff to come up with a parking management proposal within the next 60 days.

Earlier this year, the city sought proposals from parking consultants, and one is expected to be hired soon.

“We are working to put a parking consultant on term contract to assist with parking related issues as they arise,” said Chris Engel, the city’s director of economic development.

City Councilor Kathy Galvin said any parking management system should extend to West Main Street and said a parking study is currently being conducted for that area.

“We will be getting that information in time for a work session on Dec. 18,” Galvin said. “We have to make sure it will function in a cohesive manner.”