Dr. Ben Moses to focus on healthcare, climate and economy 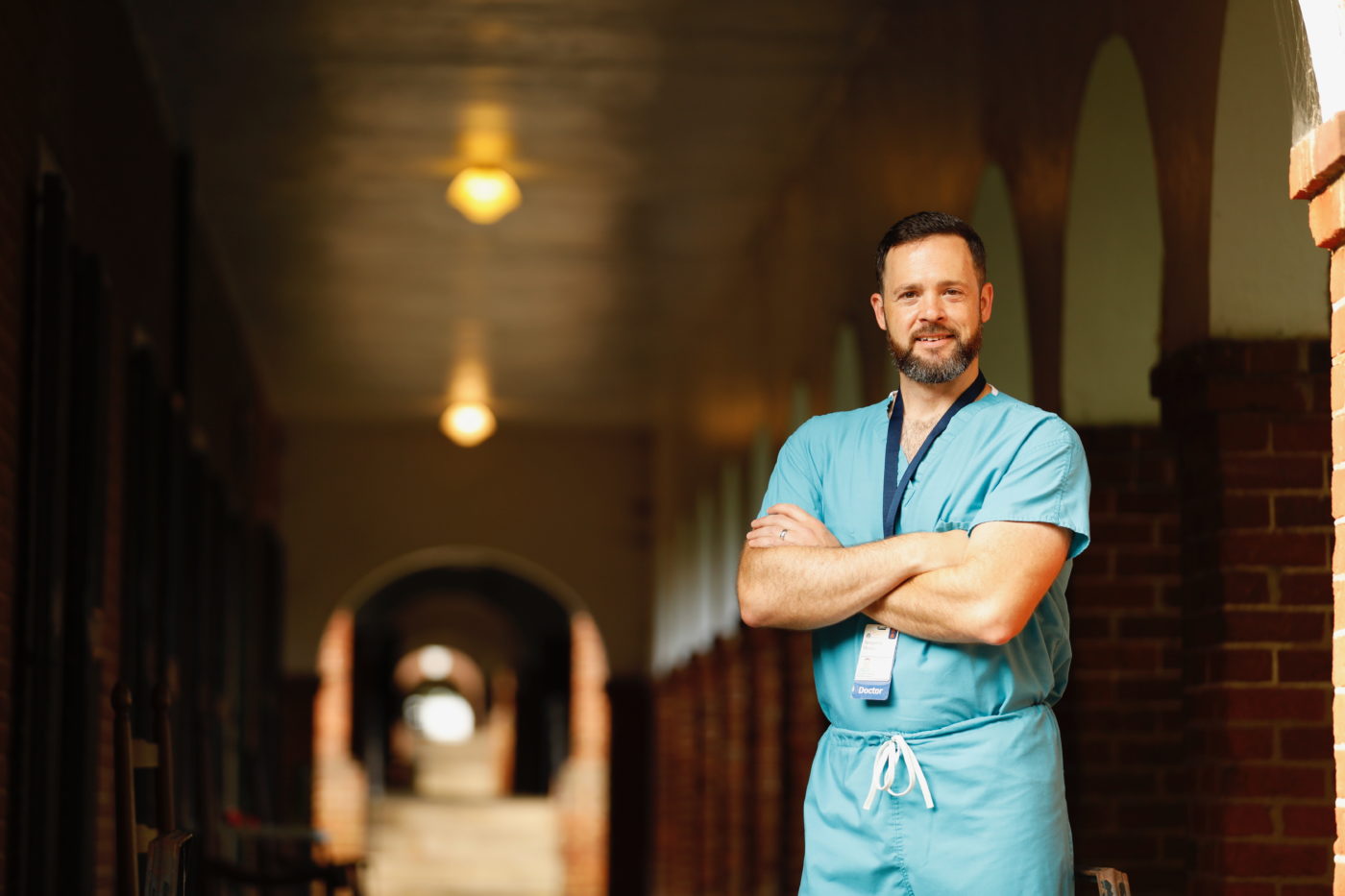 University of Virginia Health System critical care doctor and anesthesiologist, Ben Moses, has spent more than a year caring for patients amid the COVID-19 pandemic and has seen the weight fellow medical professionals carry in doing so. It, in part, has inspired him to vie for Virginia’s 59th district in the House of Delegates.

“It’s been a hard year and a half,” Moses said with a sigh.

He says that watching misinformation surrounding the virus and vaccines has been disheartening and, if elected, he would use his platform to help educate people. His campaign website also includes a section with infographics and links to local and regional resources.

Moses also notes the politicization of the virus, which has ultimately helped spur him into politics himself.

“The reason why the last six months have been so devastating is because now we’ve spent a year almost doing everything we could to struggle through in hopes that once we had a vaccine, this would be over,” Moses said. “And for the last six months what we’ve watched is that instead of a unified front as humans trying to recover from the pandemic, we’ve seen it turn into a completely politicized battle between those who think it’s real and those who don’t.”

As some recovered COVID-19 patients have dealt with long-term health effects or families have coped with the loss of their loved ones to the disease, Moses worries about a long-term effect in his career field.

“We are seeing a secondary crisis that was very predictable and it unfortunately is going to affect our healthcare system for years,” Moses said.  “That is the burnout…physician burnout, nursing burnout.”

Though he would not disclose any quantitative data related to UVA Health where he currently works, he explained that anecdotally some physicians are pivoting or expressing a desire to pivot to less critical care specialties.

“There has been an enormous shift in the workforce away from the bedside because people have been pouring all of themselves into trying to save lives and watching it fail over and over again with this horrible disease,” Moses said.

In seeking his own shift from practicing medicine full time, he hopes that joining the state’s legislative body can help improve conditions. Moses would also like to help tackle other issues within Virginia.

“There are about 10 different things that are instantly and immediately important,” Moses said of his priorities if elected.

He wants to “get to work immediately”  implementing family medical leave policies — especially amid the pandemic — enhancing broadband infrastructure, and growing a green economy in the state.

“I know that not everything happens all at once. I know [government work] is a long journey,” Moses said. “One of my mentors in medicine told me early in my academic career, that when you’re trying to get started, the best thing to do is get involved in lots of things quickly because you never know what is going to gain traction. But if you don’t focus on a lot of things and get involved in a lot of things, you might miss opportunities to do the things that are going to have the most effect.”

On healthcare, he says his insights having worked in the field can be helpful in crafting legislation, and he supports a statewide public healthcare option for people and access to medical family leave.

Moses plans to build on efforts to expand renewable energy use and workforce within the state.

Additionally he supports workforce unions and would like to see Virginia do away with being a right-to-work state.

He explained that supporting clean energy jobs is not only an economic issue, but is a way to have impact in what he says is “the biggest crisis to public health for the world.”

Moses also wants to apply a climate-focused lens to state policy relating to infrastructure and funding allocations for energy efficiency and public transportation.

Locally, he has been involved in various regional food banks, and served on UVA’s Diversity, Equity and Inclusion Committee. He has volunteered with Habitat for Humanity and PACEM (People and Congregations Engaged in Ministry) and is a member of Congregation B’nai Israel. He and his wife — also a doctor — moved to Albemarle County nearly a decade ago.

Prior to his civilian medical career, he served in the United States Army as a medic. A potential transition to politics, he says, is a continuation of service to others.

Stretching from south of Lynchburg up to the bottom of Charlottesville, the 59th district is one of the larger districts in Virginia’s general assembly and encompasses both rural and urban areas. The district has also been held by its republican incumbent and Lynchburg-area resident, Matt Fariss since 2012.