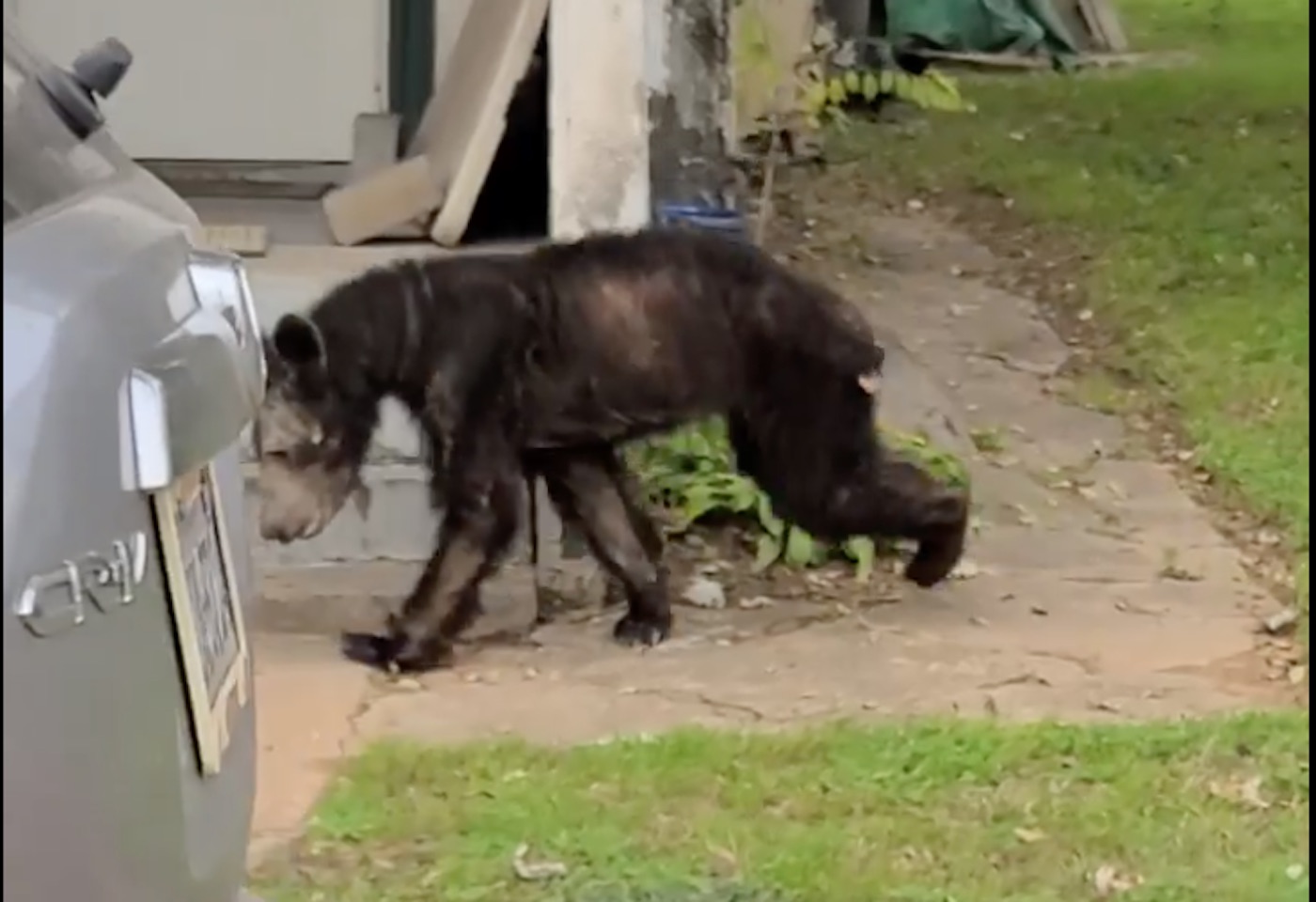 A still from a video taken by Razale Ragland on Nov. 22 shows a bear running through a Charlottesville neighborhood.

A bear seen lingering around Charlottesville the week before Thanksgiving has been killed by the Virginia Department of Wildlife Resources.

“I was contacted by one of our conservation police officers, who in turn had been contacted by [the Charlottesville Police Department] concerning a bear they had been tracking for some time, and it was suspected to have a case of mange,” said David Kocka, district wildlife biologist of the Virginia Department of Wildlife Resources, formerly the Department of Game and Inland Fisheries.

“Bears often enter and exit cities such as Charlottesville, Staunton and Harrisonburg and that does not generally elicit a response by us,” he said. “However, one with mange is a concern because people and pets are susceptible to the mites that cause mange.”

A week earlier, for example, an adult female bear was immobilized and removed from a tree near the gas pumps at the Sam’s Club off U.S. 29, he said.

The bear with the suspected case of mange had been spotted by several people near the University of Virginia and the surrounding neighborhoods. Several city residents posted pictures of it to social media.

“I was driving down 14th Street,” said Charlottesville resident Razale Ragland. “I looked in the rearview mirror and saw what I thought was a chow dog running behind me. Then the way the (alleged) dog ran across the road played back in my mind. I said to myself, “that wasn’t no dog, that’s a bear!’ So I put my car in reverse and followed it down a few streets over. I was so excited that I had to record it.”

The videos Ragland grabbed show a skinny black bear with patches of fur missing, including on its head, that appear to be mange.

The DWR euthanized the bear Nov. 22 near the intersection of Preston Avenue and Ridge-McIntire Road.