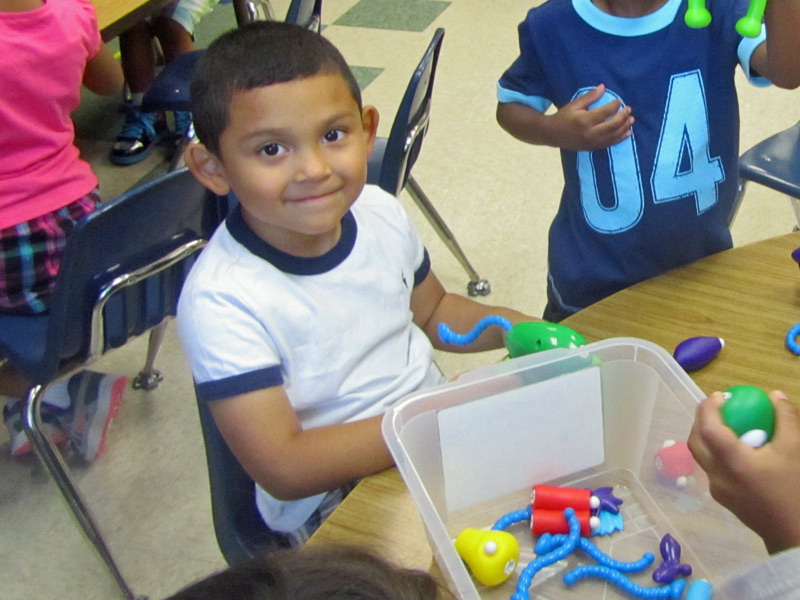 Last year, Tariq Alvi* tried to register his two children for Bright Stars—Albemarle County’s four-year-old preschool program for at-risk youth—but like at least 90 other children, his kids sat at home while on a waiting list.

Alvi, who recently immigrated to the United States from Pakistan with his wife and two children, sought Bright Stars because he thought that the program would help his children academically. Unfortunately, Alvi said, he found the experience of finding preschool services frustrating.

“I went everywhere all the time and got the answer ‘no,’” Alvi said. “The waiting list means ‘no.’”

“I am sorry to say this, but the people here are just doing their jobs,” Alvi added. “When I was in my country, I thought that the USA meant education.”

Ann McAndrew, the coordinator of Bright Stars, said she receives a handful of calls from frustrated parents like Alvi each year.

“I tell them that I share their frustration of not having their child served,” McAndrew said. “We don’t have enough space for all the kids who have risk scores. I’m not happy about it either, but it’s the corner that we’re in.”

When a family applies for Bright Stars—which is administered by Albemarle’s Department of Social Services and housed in eight of the County’s elementary schools—McAndrew said each family is screened for risk factors, and ultimately the children with the highest “risk scores” are admitted.

Factors include having parents who are illiterate or who have had limited education, low household income or a child who is experiencing delayed language skills, among other issues.

While local officials have said that an expansion of County preschool services would require significant investment, and while the Alvis’ situation is not entirely unique, what separates the family from other Bright Stars applicants is that English is not their first language.

These students receive support in a school program known as English for Speakers of Other Languages or ESOL.

“We know that early childhood is the most important time period for language development, that there’s a sensitive period that starts around nine months of age and goes up to around seven years of age,” Carlock said. “Yet for the majority of that sensitive period of language development, those children are not necessarily receiving academic structured support from our public schools.”

In addition to the struggles ESOL students face tackling class work in a foreign language, Carlock said, because they require intervention tutoring, ESOL students come with a greater cost to the school division.

On top of the division’s annual $11,872 per pupil expenditure, the average ESOL student costs about $2,000 more per year for additional services received. Elementary ESOL students average four years of services, while secondary students average five years, which means that Albemarle is spending on average $8,000 to $10,000 per pupil to help them gain language proficiency.

According to data provided by Albemarle County Public Schools, about 10 percent of incoming kindergarten students were identified as ESOL in 2005. By 2012, that number was up to 15 percent.

As a result of the growing waiting list, Carlock said that last year Albemarle’s ESOL office partnered with Bright Stars to offer tutoring to those families who found themselves in limbo.

“It was a small program, $5,000 for 12 students,” Carlock said, noting that they were unable to serve all ESOL families on the waiting list. But, Carlock said, the program—which required parent participation in order to teach family English literacy, and which the County will continue this year—worked. 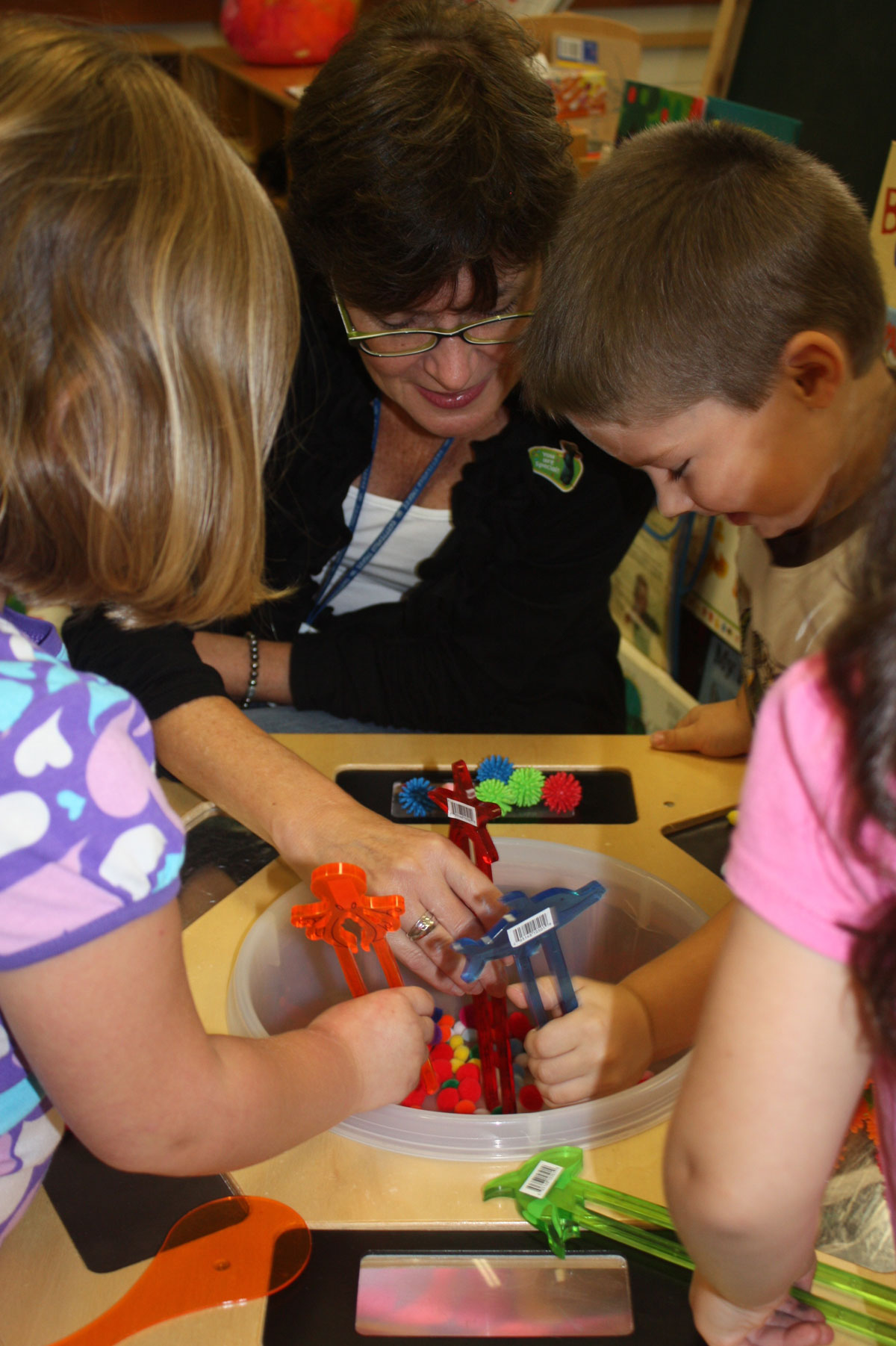 “Even with this small early childhood program, we saw significant results with regard to students’ English language development that represented net savings when considering the additional support the students would have needed had they come into kindergarten with no prior schooling experience or literacy support,” Carlock said.

Alex Bagrov*, a Russian immigrant whose children were also on the Bright Stars waiting list, and whose children also worked with Carlock’s staff, agreed.

“It really helped them, so I think it got them pretty much on the same level as American students,” Bagrov said. “It will be a little difficult because English is a second language for them, but I’m sure they’re going to catch up pretty well.”

Alvi said that the interactions he and his family had with Emily Elliott, an elementary instructional liaison in the ESOL office, were life-changing.

“She taught them the numbers, the alphabet,” Alvi said. “It was quite interesting to watch her use techniques to get my children educated, and the kids were quite happy to say they had a teacher.”

“I don’t have words to explain how she helped them,” Alvi added. “The kids are very confident. I’ve been to their school, their classroom, and my daughter is very confident and I think it’s because of Emily and what she has done for my children.”

Alvi and Bagrov—families that represent a first-generation move to the United States—represent the typical family needing support for their children to gain English fluency.

However, in addition to meeting the needs of those students, Albemarle County Public Schools is facing an ESOL population comprised largely of United States citizens.

In 2001, about 40 percent of kindergarten students identified as ESOL were born in the United States. By 2012, that figure leapt to about 85 percent.

“If they come to us in the 3rd grade from El Salvador, for example, or Afghanistan, most of those students have had some kind of schooling before, so they’ve learned how to read and write in Spanish or Arabic, and those skills transfer over,” Carlock said. “The kids who are born here…and whose parents can’t afford to send them to preschool, whose parents might be working so often that they aren’t even their child’s primary caregiver…those children come in not speaking English and not necessarily with a strong basis in their native language either—that’s the group of kids who struggles the most.”

In 2012, a little less than half of Albemarle’s U.S-born ESOL kindergarteners had low literacy skills in both English and their native languages.

But Carlock points to small family efforts like the tutoring program, as well as to larger initiatives like Bright Stars, when he underscores the fact that last year was the first time Albemarle saw fewer kindergarten students identified as ESOL than in the previous year.

“It’s not that those children aren’t here and aren’t coming, it’s that the students who are born here, fewer of them are testing into ESOL,” Carlock said.

“We used to see a significant portion of ESOL students from Bright Stars test as a Level 1,” Carlock said, adding that the exam is scored on a scale of 1 through 5, 5 meaning that the student has attained English fluency. “Now we’re seeing those students testing at an average Level 2, which is a savings because it’s one less year of services.”

Carlock also noted the importance of working with preschoolers and their families to promote sound literacy skills in the home, no matter the language.

“We found out from a lot of the parents that what they thought was best for the child was not to speak to them in Spanish, to try to use what little English they could to try to prepare them for school,” Carlock said. “But we know from research that that’s not a good strategy, that it’s much more important for a student to be exposed to a linguistically rich environment in their native language.”

“And we don’t think that we should be teaching only English earlier, because what we know is that having a native language and literacy in a native language is actually more important to them learning English than English exposure early on,” Carlock added.

Moving forward, Alvi and Bagrov would like to see Albemarle place more of an emphasis on preschool access for all children.

“I came here for my kids’ education, so when I got the answer ‘no,’ I got anxiety about it,” Alvi said. “This is the future we are talking about, and putting them on a waiting list is a waste of that future.”

Bagrov said he’d like to see either the County build more space and hire more preschool teachers, or offer more flexibility for the tutoring programs currently offered so working parents can bring their children without having to take time off work.

“I don’t know if it would work, but maybe we could adjust the times, so there would be a first shift of preschool and a second shift,” Bagrov said. “Or maybe they could offer more small programs for the people on the waiting list, but make a class out of it.”

For Carlock, expanding access to preschool is a win-win for everyone.

* Two parents used as sources in this story spoke to Charlottesville Tomorrow on the condition we would change their name to protect their family’s privacy. Their status on the Bright Stars waiting list was confirmed with their permission by Albemarle County officials.