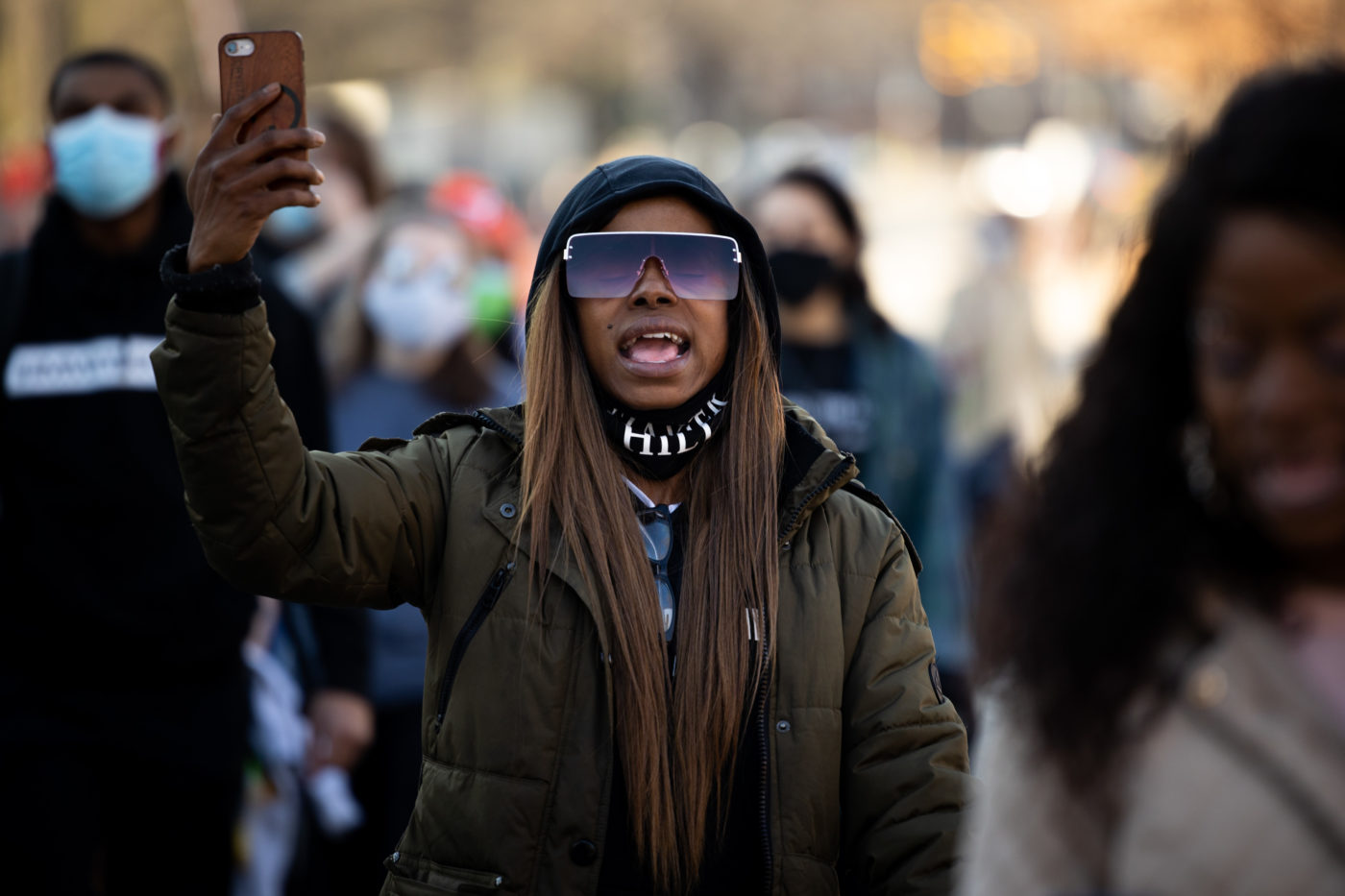 LaToya Benton, mother of Xzavier Hill, chants during a Justice for Xzavier Hill march on Feb. 9.

Gathered between the statue of Thomas Jefferson and the steps of the Rotunda, a crowd of more than 200 University of Virginia students stood silent Tuesday as LaToya Benton wiped away the tears rolling down her cheek. Exactly one month earlier, Benton’s son, Xzavier Hill, was killed by police.

The students had marched from Observatory Hill Dining Hall to the Rotunda, calling for justice for Hill, who was 18. Virginia State Police troopers shot Hill on Jan 9 during a traffic stop on Interstate-64 in Goochland County. Demonstrators and Hill’s family repeatedly have called for the public release of the police dashcam video of that shooting.

“He was just working. [He was an] 18-year-old kid just working and living life,” said Benton who had asked her son to move to Charlottesville and work with her as a government contractor.

According to a Richmond Times-Dispatch article, a Virginia State Police trooper on Jan. 9 “observed a 2003 Mercedes-Benz C230 traveling 98 miles per house in a 65 mph zone. The trooper pursued the car to pull it over and a chase ensued. The fleeing driver accelerated to more than 120 mph, police said.”

After repeatedly being told to show his hands and exit the vehicle, Hill brandished a firearm and was then shot and killed, police said.

Benton said she and her twin sister, LaTonya Snow, were allowed to see the dashcam footage from the incident. 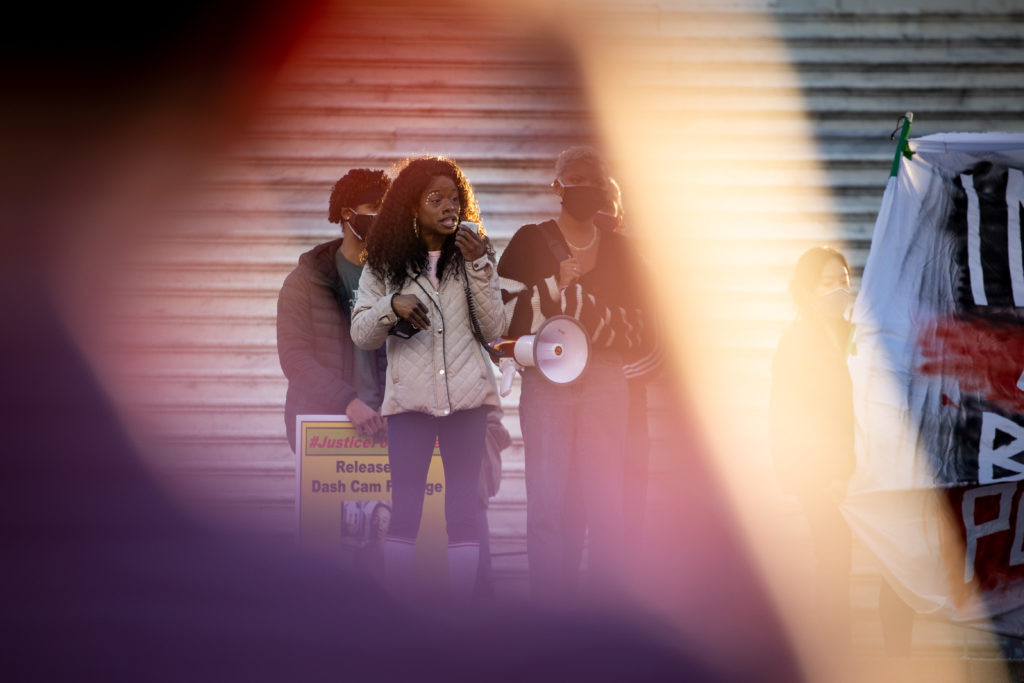 LaTonya Snow, Xzavier Hill's aunt, speaks on the steps of the Rotunda during the Justice For Xzavier Hill march on Feb. 9.

She  believes that the release of the tape will be a large step toward justice for her son.

“That’s my only child, so they’re gonna hear about Xzavier,” Benton said. “On a daily basis. They’re gonna eat, sleep, and breathe ‘Xzavier.’”

Snow, who marched alongside her sister across Grounds, talked about what it meant to their family that hundreds of people are protesting in the name of her nephew.

“It means a lot that all of the students have come out to show what community looks like,” she said.

Snow hopes that people will share the hashtag #justiceforxzavier and to show their support for him by coming out to protests and marches.

Some of the attendees were in favor of defunding or abolishing police departments. Among those was fourth-year student Sarandon, who did not wish to share her last name. A member of the Young Democratic Socialists of America at UVA as well as UVA Beyond Policing said that policing is a national health crisis and would like to see the abolition of police. Defunding and protests echoed throughout the summer of 2020 after multiple killings of Black people by police.