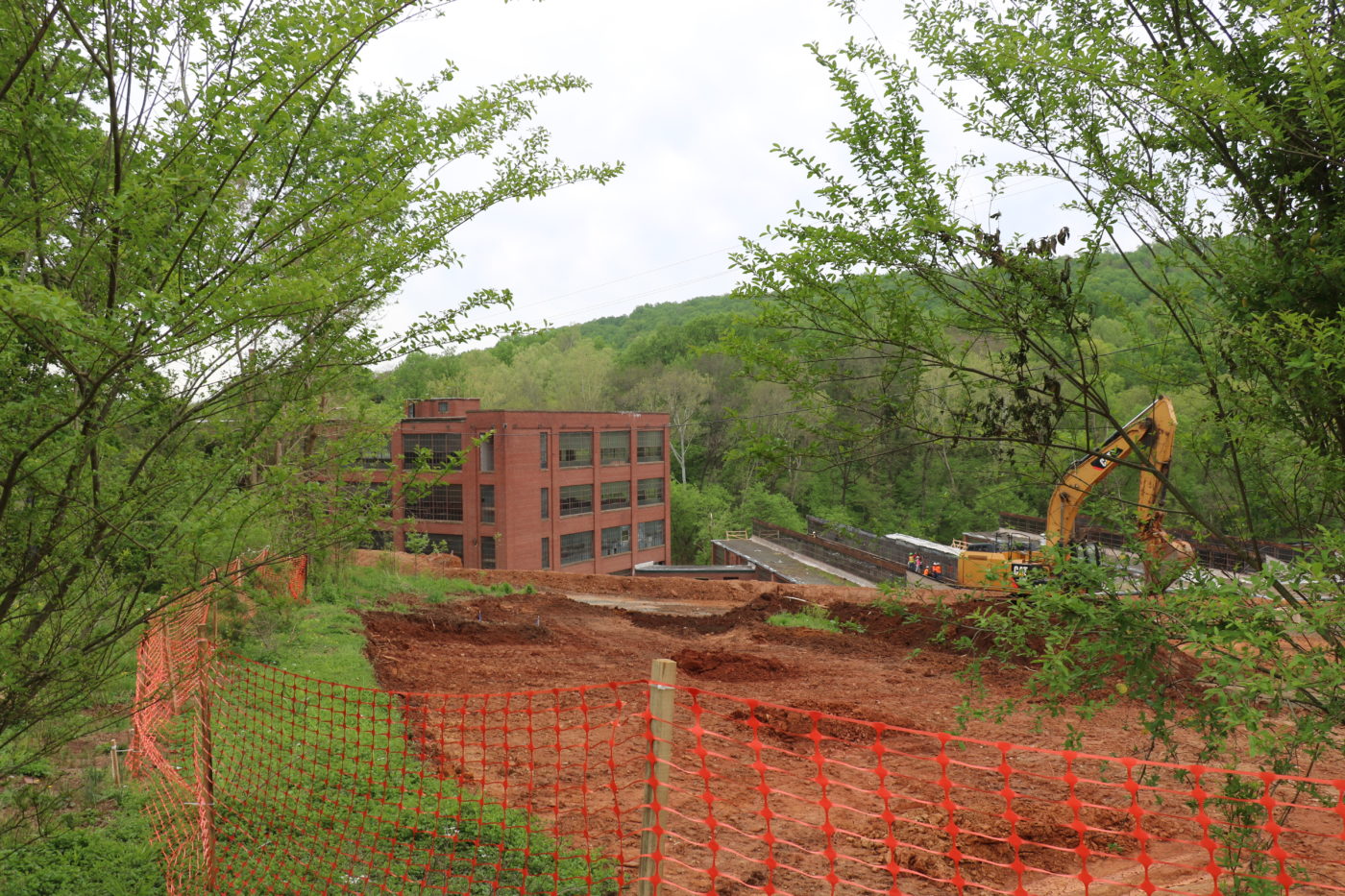 The event space was conceptualized by Brad Uhl, Brandon Wooten and Dan FitzHenry, some of the team behind Grit Coffee. The building at the foot of East Market Street, which qualified for historic tax credits, will retain its industrial aesthetic. It will be capable of hosting 20 to 350 guests with in-house catering from executive chef Tucker Yoder. Amenities will include outdoor gathering space, a dressing loft and more than 300 parking spaces.

Located within the main event space, Selvedge Brewing will present small-batch beers created in collaboration with Hunter Smith, owner and president of Champion Brewing Co. Yoder will helm Broadcloth, the on-site restaurant. He plans to feature a menu built around locally sourced ingredients. Broadcloth will have a cocktail bar, a chef’s table inside the kitchen and several private dining options.

From retaining as much of the original aesthetics, to local sourcing and collaborations, the history of the building seeps into its new modern updates.

“Chefs and the media have co-opted ‘farm-to-table,’ but I still believe real relationships with farmers and producers yield the best food,” Yoder said in a news release. “With Broadcloth, we’re excited to reclaim an approach to food that would have been the norm during the original operation of this building.”

The site also will contain The Workshop, a coffee and wine shop with a tasting room that will be housed in a two-story building near the event hall. Coffee will be by Grit and there will be a curated wine program with a focus on vintages produced by local winemakers.

Claire MacFarlan, director of operations and sales, noted the Charlottesville area’s draw as a location for destination weddings.

“Most of what we have is vineyards and barns, but we don’t have a lot of the urban-industrial aesthetic so that makes this space unique,” MacFarlan said. “The aesthetic is very different, and the capacity is very different. It gives people a bunch of freedom.”

The 19th-century site is a mile away from the Charlottesville Downtown Mall. It sits at the junction of Moores Creek and the Rivanna River. A bike and pedestrian bridge over the creek will enhance connectivity between the city and county.

“It will be a nice destination for people working on the site or people wanting to walk the trail,” said developer and owner Brian Roy. “That’s an area where there was no connection. It will be nice to hook that part of the county up with the city. It will be an amenity for the community and not just site.”

According to Amanda Harding, an office manager at WillowTree, the ability to work in town all day and then be off on a mountain hike within 20 minutes was an attraction for the company. Rex Linville, of the Piedmont Environmental Council, noted the region’s draw as a nature city as well, but he stressed the importance of thoughtful design when dealing with population density growth.

“Rural land conversation goes hand in glove with dense, urban, smart growth development,” Linville said. “What can happen is if we get too sprawly, if we don’t optimize the use of the land in the urban area, if we just dump houses into the Albemarle County growth area without making it a well-connected place, if we don’t make sure that the Woolen Mills site is properly connected to the city, if we don’t plan those types of connections and those opportunities for people, then it’s not a place that people want to live.”

As part of the development, which is underway by Element Construction and Branch as general contractor, a bridge over Moores Creek will fill a gap in the Rivanna Trail.

According to Harding, the company is excited about the bridge connection.

“That access to the outdoors is part of what drew us to the space, along with the amazing building,” Harding said in an email.

The project has been years in the making as the owner navigated various channels of approval.

“I’ve been working on this for a few years now, getting through all the proper channels with preserving it historically, meeting the county zoning code, dealing with FEMA and certainly being sensitive to the neighborhood,” Roy said. “It’s been a long project, so I’m happy to see it under construction now.”

To bring the project to Albemarle, Virginia’s Economic Development Partnership worked with the county and the Central Virginia Partnership. Northam also approved a $500,000 grant from the Commonwealth Opportunity Fund and $1.5 million from the Virginia Economic Development Incentive Grant. Funding and services to support the expansion will be provided through the Virginia Jobs Investment Program.