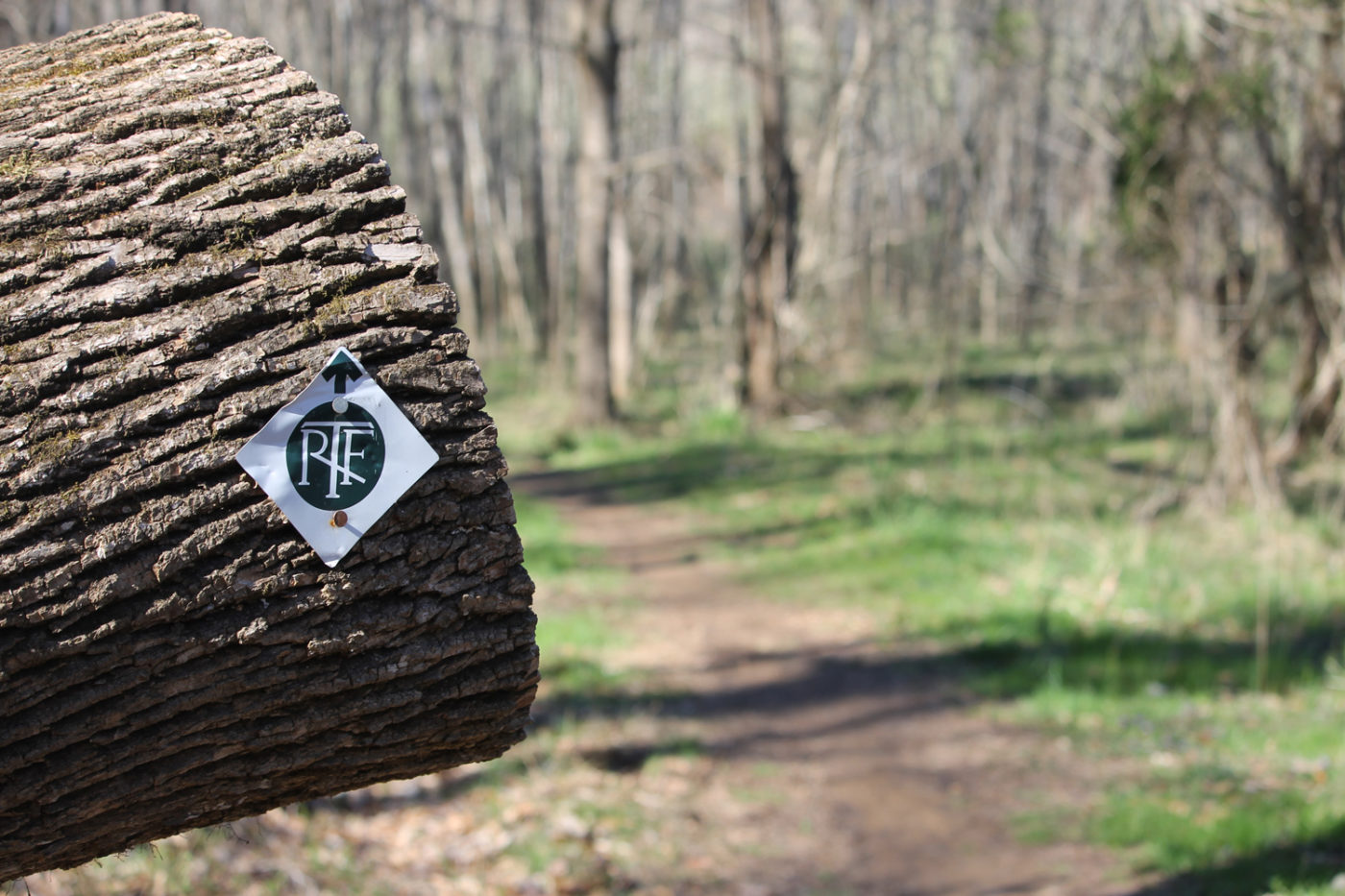 Signpost on the Rivanna Trail near Belvedere neighborhood

As the Rivanna Trail continues to grow in popularity and length, the organization that created the pathway around Charlottesville has created a new way for people to learn more about it.

“We’re hoping that by building a freely available app, we will make it that much easier for first-time users to find and access the trail so they can get out there,” said Amy Ferguson, who co-wrote the Rivanna Trails app for iPhones and Android mobile devices.

The free app is the latest in a handful of locally created software aimed at helping people better understand their environment.

Members of Charlottesville’s information technology staff have created and updated an app to help people use Charlottesville Area Transit. That program received a Governor’s Technology Award in 2015.

“We also have a citizen app for Parks and Recreation that has updates, class schedules and online registration,” said Miriam Dickler, city spokeswoman. The team also has created apps for use by city staff.

In 2014, a University of Virginia student created a Charlottesville Artfinder app for the Piedmont Council for the Arts that lists events in the area.

But Ferguson said the Rivanna Trail app will help people who are new to the trail as they search for parking and trailheads.

“Hopefully, that will turn that first-time user into a repeat user,” Ferguson said.

Ferguson is a master’s degree candidate in UVa’s environmental sciences department. As such, she’s learned to use geospatial analysis to solve conservation problems.

“I do a lot of work with the Nature Conservancy on coastal erosion problems out on the Virginia shore so I have this skill set that I really want to apply to environmental problems,” said Ferguson.

The idea for the app came up after Ferguson and her husband, Stuart, moved to Charlottesville two years ago.

“We literally stumbled on the Rivanna Trail one day when we were walking our dog,” Ferguson said. “When we got home, we did some Googling and were really surprised to find it was a 20-mile-long trail system that went all around the city of Charlottesville.”

Stuart Ferguson began volunteering on the trail foundation’s monthly work parties and eventually the pair joined the foundation’s board of directors.

With the idea for an app in mind, Amy Ferguson took an online course in app creation and she and Stuart worked to write the program.

“I started thinking that there is this really cool opportunity here to make an impact on the Rivanna Trail Foundation and the local community by building an app using these GIS skills … to encourage the use of the trail by making it easier to find,” Ferguson said.

Much of the trail runs on private property with the permission of landowners. That means there are many gaps where it cannot continue as a rustic trail, but the app shows how to pick the trail back up.

“There’s a lot of streetwalking, and those are some of the things that we’re trying to fix,” Ferguson said. “We’re trying to get more easements with the local community, working with the [Virginia] Department of Transportation and the city and [Albemarle County] so we can get the most natural pathways within such an urban environment.”

The app is updated when Ferguson makes changes to the GIS to reflect changes to the trail itself. Last year, the city partnered with musician Dave Matthews to purchase 27 acres near Azalea Park that allowed for a new route for the Rivanna Trail in its southwestern region.

The software also depicts spurs such as the River North section near Belvedere and Dunlora close to the Rivanna River.

“As of right now, there’s not a connection from the main loop to River North, but we’re working on it,” Ferguson said.

Chip Boyles, executive director of the Thomas Jefferson Planning District Commission, is a frequent user of the trail. He sees its potential in helping to expand non-motorized transportation in the area.

“I could see a consolidated bike and pedestrian app being beneficial,” Boyles said. “A consolidated app providing all of this could be extremely useful to residents and visitors.”

Amy Ferguson said she believes the app has the potential to evolve in that direction.

“This is what I hope to be the beginning of a bigger conversation about all of the trails that are available to Charlottesville,” Ferguson said.

“They are very interested in building in some of the trails that they commonly use outside of the loop into this app,” Ferguson said, adding that only trails where there is documented permission are displayed by the software.

Sam Lindblom, CAMBC president, said he is thrilled about the app.

“The Rivanna Trail and its spur trails and affiliate trails can be hard to navigate from time to time, especially if you aren’t familiar with our town, or are not a bold explorer,” Lindblom said. “This app allows the RTF to quickly keep the map up to date, much faster than a printed map can.”

Amy Ferguson said she and Stuart had no experience creating apps before they began work. Now she is thinking of ways to improve the program.

“My dream is that we can have a trail-reporting feature that allows users to log issues as they encounter them on the trail,” Ferguson said “They can snap a picture of a downed tree and then it comes to us and we can more efficiently focus our work parties and keep the trail open.”

The Rivanna Trail app can be downloaded here.