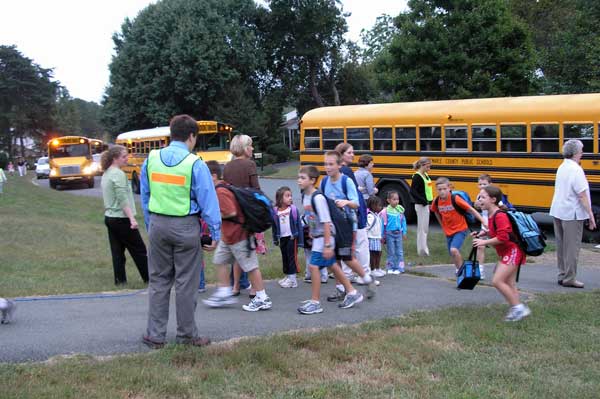 Tuesday’s release of accountability data by the Virginia Department of Education has local schools officials scratching their heads.

Due to recent changes in how schools are deemed to meet federal accountability measures—called Annual Measurable Objectives—some schools that exceeded required benchmark pass rates are being told they don’t meet federal standards.

“I would really like to see some strategies on how we can really pushback on this,” Albemarle School Board member Jason Buyaki said. “Either legally or through our state legislators or our delegates.”

Which schools showed adequate student achievement depends on who you ask. According to VDOE’s numbers, 3 of 9 schools in Charlottesville and 10 of 26 schools in Albemarle met AMO.

However, an additional 4 City and 6 County schools met or exceeded the necessary school-wide pass rates. This year they have been identified as “MHE,” a new label that stands for “meet higher expectations,” and that is being placed on schools that didn’t, according to VDOE documents, “maintain [the] previous year’s passing rate within 5 percent.”

Virginia’s public schools have two accountability systems, both of which are based on Standards of Learning exam results and a graduation rate index at the high school level.

The second system, Annual Measurable Objectives, meets federal guidelines and was designed to reduce proficiency gaps between student groups in math and reading.

To do this, AMO divides the student population into 9 subgroups based on race, socioeconomic, and language and disability status. Each subgroup is assigned a benchmark pass rate that increases each year, and which all subgroups must meet in order for a school to meet AMO.

This plan’s goal is to ensure that, by 2018, all subgroups are posting pass rates of 73 on math tests and 78 on reading tests.

While school officials support the effort, they don’t support recent changes in methodology, which have resulted in high-performing schools missing AMO, despite exceeding benchmarks.

“It seems like it’s pretty straightforward,” Albemarle School Board Member Pam Moynihan said, “but then when you start going into how it’s actually working out, it makes no sense whatsoever.”

In previous years, schools earned AMO by meeting benchmarks, by reducing the previous year’s fail rates by 10 percent, or by using a 3-year average of pass rates.

Now schools must meet benchmarks or be within 5 percent of the previous year’s score, whichever is higher, or reduce last year’s fail rate by 10 percent. Additionally, schools may still use the three year average, but not if they met the benchmark the previous year.

For example, Baker-Butler Elementary School posted a 72 percent pass rate on math tests and made AMO. However, Greenbrier Elementary, which delivered a school-wide pass rate of 81 percent in math, was deemed “MHE” in 3 categories due to falling scores.

“The Virginia Board of Education approved a backsliding rule because they wanted to ensure that schools continue to make progress,” VDOE Communications Manager Julie Grimes said.

In Charlottesville, only Buford Middle School and Charlottesville High School missed specific AMO benchmarks outright. Students with disabilities at Buford fell short of a benchmark of 41 in math. CHS posted an on-time graduation index of 77, which was below a benchmark target of 85.

The Federal Graduation Indicator used for AMO only recognizes standard and advanced diplomas, not other types recognized by Commonwealth of Virginia.

Out of 239 possible AMO categories, Charlottesville City Schools met 233 and equaled or exceeded the state’s average advanced pass rate in 30 of 34 categories.

In Albemarle, all schools met all benchmarks in reading. Murray was the only high school to make AMO, as Monticello, Albemarle, and Western Albemarle all dipped below the 85 graduation indicator benchmark.

Additionally, both Scottsville and Woodbrook elementary schools have been labeled “Focus schools” due to low performance. Focus schools are schools that receive Title 1 funding for high enrollment of low-income and at-risk student populations.

Both Scottsville and Woodbrook will be required to engage a state-approved consultant to develop improvement plans.

And parent and Broadus Wood PTO President Jane McBrian thinks the teachers are making a good effort to help students increase scores on the new SOL tests that have been made more rigorous.

“The results of the recent tests demonstrate the struggles teachers are having to teach the curriculum for the new tests,” McBrian said. “But I think the teachers are making a good effort to improve that.”

Despite the change, school officials recognize that there is work to be done.

“Regardless of the methodology, if our scores are low, we would like to improve them,” Assistant Director of Testing and Accountability Bonnie Pendelton said. “The Standards of Learning are not just the tests, they are our curriculum.”