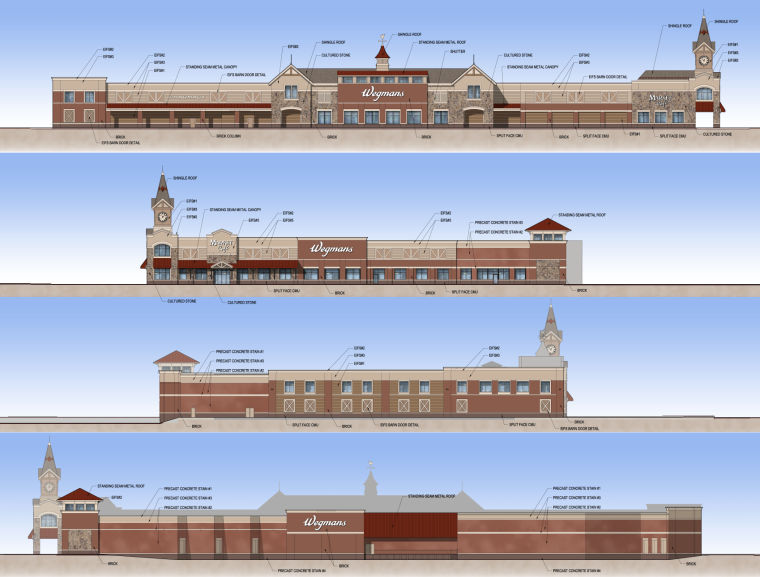 After more than 10 years of planning, work is finally underway to build a shopping center in Albemarle, just south of the Charlottesville line, that will be home to a Wegmans grocery store.

“We mobilized last week and we’re moving dirt around as we speak,” said Alan Taylor, president of Riverbend Development. “There’s a tremendous amount of site work that needs to be done.”

Wegmans is expected to be one anchor for the development. Company spokeswoman Jo Natale said the store will open in fall of 2016 at the earliest. The company is an 85-store supermarket chain that was founded in 1916. A new store set to open in Alexandria next year will employ 550 people, according to a news release.

Taylor said the other anchor store will be Field and Stream, a high-end sporting goods store.

Other retail outlets and restaurants will fill out the center.

“This is what the south side of town has been needing for some time,” Taylor said. “It is completely underserved and this will bring new and unique goods and services to the southern part of Albemarle.”

A 2012 analysis of the project by Chmura Economics & Analytics estimated Fifth Street Station will have an annual economic impact of $479.2 million and will generate around $9 million a year in additional tax revenue for the county, including $1 million in property taxes.

The property is just south of the city and is bordered by Moores Creek.

Riverbend purchased the land in 2003 but it took several years for the Board of Supervisors to rezone the 80 acres from light industrial to commercial.

When approval came in 2008, Riverbend agreed to build a connector road between Fifth Street Extended and Avon Street. To do that, the company had to ensure that doing so will not rupture a former city landfill that is on site.

“All of that has to be done prior to the buildings coming up out of the ground,” Taylor said.

Taylor said construction on the 4,500-foot-long road can begin because Riverbend has completed work to remediate the landfill at a cost of about $750,000.

“We knew that the county was going to require the connector road for us to get the shopping center approved, so we’ve worked with the Virginia Department of Environmental Quality to put a plan together to deal with the landfill that wasn’t correctly capped,” Taylor said.

The landfill was used by the city, county and the University of Virginia until 1972 and only closed because of the Clean Water Act.

Taylor said before the Environmental Protection Agency was formed, many localities dumped waste in landfills close to streams. In this case, erosion from the flow of Moores Creek eroded exposed seams of waste, leading to degraded water quality.

“We’ve been working on this site for 10 years trying to get some sort of restoration to stop the waste from washing out,” said Graham Simmerman, regional land protection manager with the DEQ.

The solution was to install a filtering fabric called Filltrex above the landfill that allows new soil to be placed on top, allowing for grass to grow.

Taylor said the connector itself will essentially be a bridge over the landfill.

“If you think about what a landfill is, you’re essentially building on top of a sponge,” Taylor said. He said it will take about a year to build the road, which will be constructed to Virginia Department of Transportation standards.

Simmerman said he is satisfied with the work and credited Albemarle County for requiring remediation as a condition of rezoning approval.

“We didn’t have authority over this site, but the county used their proffer program to make sure the environmental liability was taken care of as part of their development process,” he said.

Simmerman also said he has no issue with the road crossing the landfill, but the DEQ would be concerned about buildings directly on top of the landfill.

“We don’t want to cut in the waste,” Simmerman said.

The western end of the road connects to Fifth Street Extended, which is in the city of Charlottesville.

Taylor said the project has been a challenge and that Riverbend will have spent about $30 million to prepare the site, including the roadwork.

“It’s a huge project with a ton of moving pieces,” Taylor said. “You have to tackle them one at the time.”