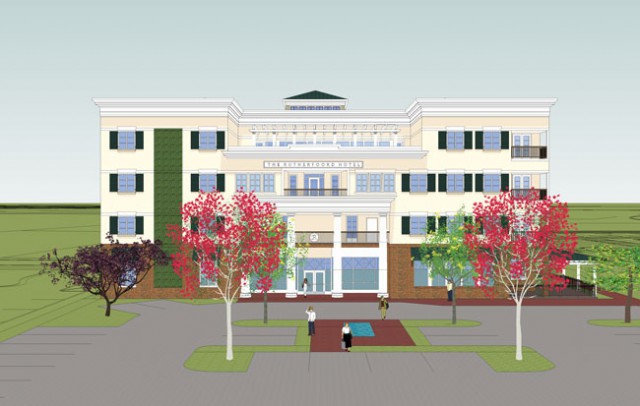 Plans to open a hotel next year in Old Trail Village in Crozet have crumbled.

Owner David Hilliard said he had secured full funding for the equity but could not reach terms with the bank for the planned four-story, 52-room Rutherfoord Hotel, which was to have included a bar, restaurant and rooftop event space. Crozet has no hotels.

“It’s disappointing to us that this particular project wasn’t able to come to fruition,” said Albemarle County spokeswoman Lee Catlin. “We think there is a strong demand for a lodging establishment out in that area, and we are very hopeful that a successful project will come to that area soon.”

“I think it’s a shame,” Tolson said. “It could have been a major economic driver, particularly at that location … with all the people who live in the Old Trail area and the closeness to the downtown Crozet area.”

Tolson said in order for development to exist, banks will need to support businesses.

“I keep scratching my head over what it takes for banks to invest in businesses and to invest in our community,” Tolson said. “Until that happens, it will severely impact economic growth in the area.”

Hilliard, who owns the Lodge at Old Trail, said Crozet is in need of a boutique hotel because of the large number of wineries and cideries in the vicinity and because of the area’s high per capita income.

Hilliard said he was confident that a development like Rutherfoord, which was to be tailored toward weddings and winery tourists, would have made money.

“I know it’s going to make money,” Hilliard said. “It had to be a straight business decision for me.”

Hilliard said he is open to someone taking over the project so the area can gain a lodging option.

“If anyone wanted to come over and take it over … they would have a shovel-ready project,” Hilliard said. “Someone should take over this project. Someone should definitely be here. It’s a definite money maker and needed commodity for this community.”