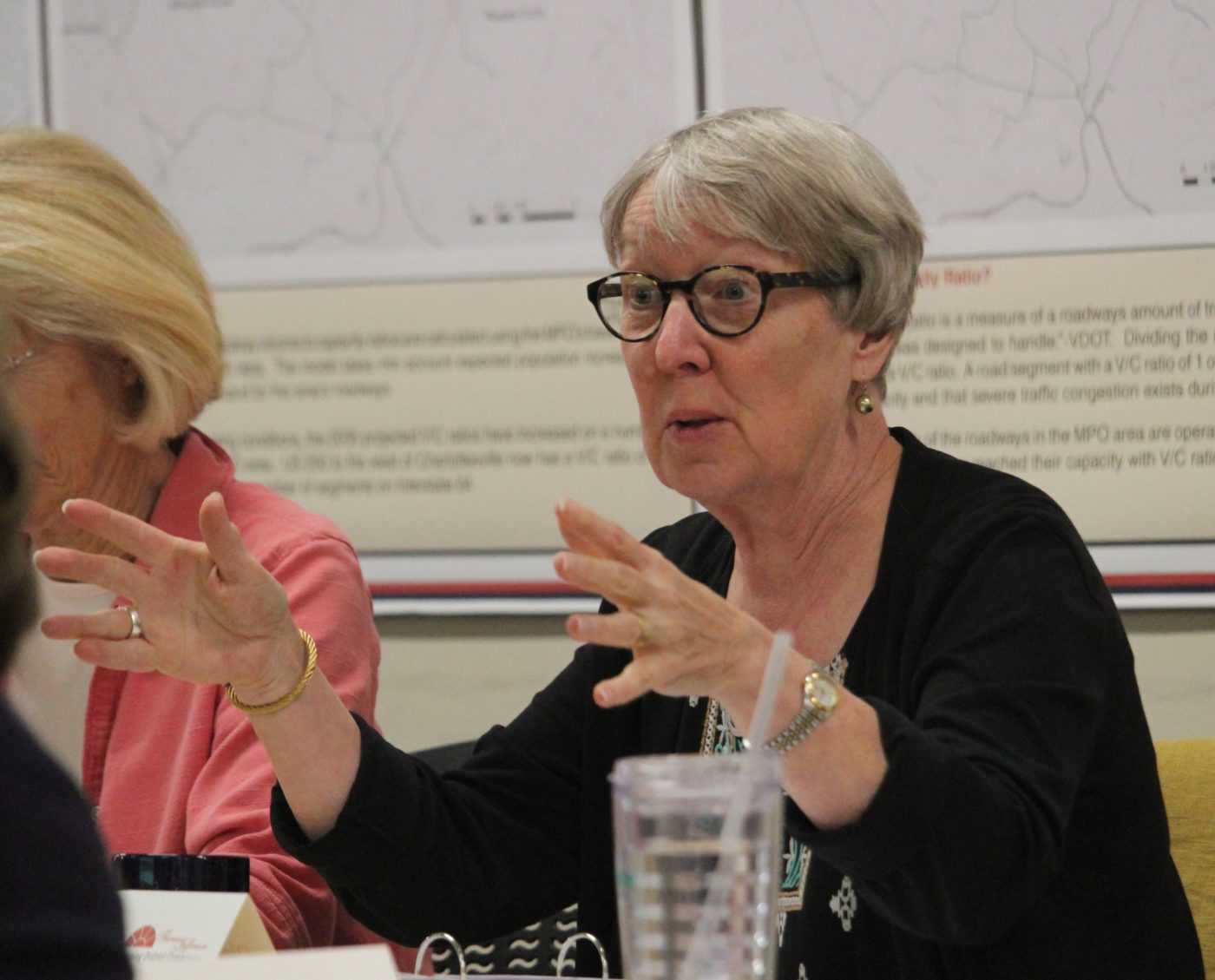 Area transportation officials have held the first-ever meeting of a non-binding governmental body that seeks to improve public transit in the community through comparing notes and relationship building.

“This is the first official meeting of the Jefferson Area Regional Transit Partnership,” said Will Cockrell, a planner with the Thomas Jefferson Planning District Commission.

The body has no regulatory powers and is strictly advisory but is taking a potential first step toward the creation of a Regional Transit Authority, a move that was studied intensely in the late 2000’s. The General Assembly passed legislation allowing such a body to exist but did not allow Albemarle and Charlottesville to hold a referendum on public opinion on a sales tax increase to pay for additional capacity.

Last year, a group called the Planning and Coordination Council directed the TJPDC to study area transit systems to find out if any efficiencies could be found.  The PACC is a forum for Albemarle, Charlottesville and University of Virginia officials.

“It’s not common for a locality of our size to have three separate transit systems,” Cockrell said. “This would give a test run of what a [regional transit authority] could look like but that’s not necessarily what this will be.”

Members of the board include two City Councilors, two Albemarle Supervisors, members of the JAUNT Board of Directors, representatives from the University Transit Service and staffers from the Virginia Department of Rail and Public Transportation.

TJPDC’s Rideshare program is also part of the equation. Greene County Transit has also been invited to be a non-voting member of the partnership.

Cockrell said the idea of a unified public transit system has been discussed since the 1990’s. Work to prepare the partnership involved surveying stakeholders from the three systems.

Cockrell said this web can sometimes cause misunderstandings. The partnership is intended to help overcome potential conflict and to jointly address challenges such as a looming capital crisis. Bonds issued by Virginia that are used to help finance new purchases are set to expire in 2019.

“A failure by the Commonwealth to provide replacement capital funding will have a cascading effect on the ability of these systems to operate safe and reliable service and will result in the loss of federal funds if transit systems are unable to provide matching funds,” reads an August 2017 report from the DRPT.

The General Assembly is expected to address the issue in the next session.

“Without the capital [assistance] we won’t have any room to expand and build more shelters,” said Albemarle Supervisor Diantha McKeel.

Another purpose of the partnership is to help each other update transit development plans that the DRPT requires to be updated every six years.

Future meetings will also offer a chance for each of the three services to present their budgets.  This comes at a time when JAUNT is seeking funding increases to cover the cost of raising starting salaries for new drivers to $16.43 an hour beginning on July 1, 2018.

“We are moving forward with a competitive wage for our drivers,” said Karen Davis, assistant director of JAUNT. The public service corporation currently has issues with retaining drivers and has a turnover rate approaching 25 percent.

That had the support of one elected official.

“I would hope that one of the outcomes for this partnership would be to work with competitive wages throughout our community so that we’re not cannibalizing each other,” McKeel said. “I would love to see this partnership work together with training and wages so we’re floating all boats. When we’re competing against each other it is to our detriment.”

John Jones, manager of Charlottesville Area Transit, did not provide a budget at Monday’s meeting, nor did officials with the University Transit Service. Jones said he would be able to do so in future meetings.

Ridership figures will also be presented at future meetings using a new format.

“This would be something we would put on our website for the general public’s use as well,” said Chip Boyles, the executive director of the TJPDC.

In June 2017, CAT provided 158,096 rides compared to 170,627 rides in June 2016. That’s a 7.1 percent decrease.  The most popular routes are the Route 7 which serves Fashion Square Mall and the free trolley. Just under 30 percent of passengers took a route that is funded by Albemarle County.

McKeel said she wants the information to be shown in such a way that can depict what bus stops are being used the most.

“Where are my folks really congregating?” she asked. “If I’m thinking about where bus shelters should go and capital projects for them, that’s important to know.”

Toward the end of the meeting, partnership members were asked to state what they would like to talk about in the future.

McKeel was elected as the partnership’s chairwoman and Galvin will serve as vice chairwoman.

Councilor Kristin Szakos was not present at the meeting.