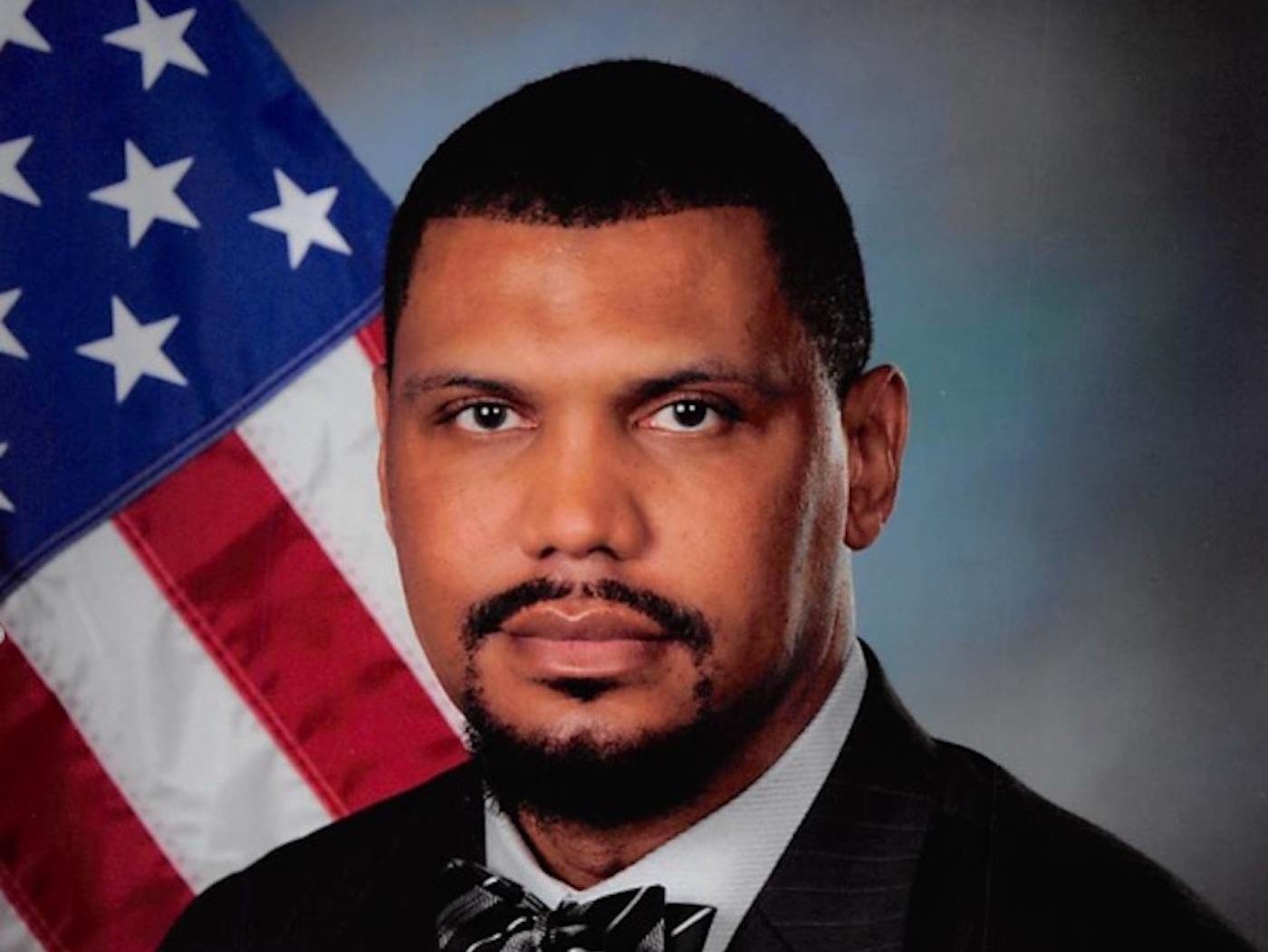 Tarron Richardson has been the city manager in DeSoto, Texas since 2011.

Former City Manager Tarron Richardson is suing the city of Charlottesville in a free speech case, after his lawyer said he attempted to resolve issues privately.

After resigning in September of last year and saying the job “takes a toll,” he now has more to say. In his lawsuit, he alleges that a non-disparagement agreement he was “forced” to sign in order to receive $205,000 in severance pay from the city has kept him from speaking, which violates his rights to free speech protected by the First Amendment.

Charlottesville Tomorrow reached out to councilors for comment. At the time of this publication, only Hill has responded that she is declining to comment.

“Richardson gave the defendants in this suit numerous opportunities to lift their restraints on his constitutional rights,” Keith French, one of Richardson’s lawyers, said in a statement. “Our last resort is for the factfinder to find that Dr. Richardson (and others) be allowed to exercise their constitutional right to free speech so that the public can gain the knowledge and truth that would help Charlottesville experience progress.”

The statement also asserted that the non-disparagement agreement is an “attempt to conceal issues of dysfunction, inequality and racial discrimination within Charlottesville’s government.”

The non-disparagement agreement states that neither the City nor Richardson would make statements or take actions that would disparage or damage the reputation of the City, its staff, or Richardson— whose lawsuit has called the agreement “overly broad.”

As to the timing of the lawsuit — more than a year after Richardson’s departure — his lawyer explained in an email that he and his client have been “trying to resolve this dispute without litigation, which has been difficult to say the least.”

The lawsuit goes into some details about issues Richardson allegedly faced during his tenure as city manager. It attributes “chicanery and obstructionism from Walker and Hill” to part of his decision to resign and alleges that Hill had tried to force him out of office by working with others to “manufacture accusations” against him for “supposedly mismanaging the city.”

Additionally, Richardson alleged that he was actually fired rather than the resignation that was reported by multiple outlets — including Charlottesville Tomorrow — in 2020. The cause, he alleged, is for statements he made during a City Council meeting and for an interview he did with C-VILLE Weekly ahead of his planned resignation.

In a Council meeting, he spoke about racial issues in city hall that had been raised by members of the community and in the article, he had spoken about having a good relationship with past Councilors — but left off Walker and Hill’s names from his list, according to the lawsuit.

Walker, who is also Black, has been vocal about alleged racism within city hall during her tenure on council which ends this year.

After announcing his resignation on Sep. 11, 2020, the end of the month was set to mark his departure. But following the Sep. 22 publishing of an interview in C-VILLE Weekly, the lawsuit said that Hill allegedly emailed city officials about her “dismay” with Richardson. As a result, he was informed by Blair to not return to his office, effective immediately, the suit alleges.

“Ostensibly, Dr. Richardson was fired on discriminatory and retaliatory terms,” the lawsuit said.

A few months later, Richardson considered publishing an op-ed about his experience as a Black man working in city hall and the racism he said he experienced or witnessed within. The suit alleges that when clarifying if it would be in breach of the non-disparagement agreement, Robertson said the city would take legal action.

The city has experienced a “myriad of issues” since he left, the suit said.

“Many of these issues validate — albeit belatedly — the concerns Dr. Richardson raised during his tenure,” the lawsuit reads.

The suit points to a change to credit card use policy by city officials Richardson proposed following summer 2019 when former clerk of council Paige Rice pleaded guilty for failing to return an Apple Watch and iPhone X which she had purchased with city funds. In Sep. 2019 Richardson’s proposed changes were not adopted by the Council and by Jan. 2021, Walker came under fire for alleged misuse of city funds. Commonwealth Attorney Joe Platania did not press charges and the Council then decided to adjust its credit card use policy.

Another allegation is that former Fire Chief Andrew Baxter drafted an email that Hill sent to Richardson directing him to “push through certain funding requests.”

Filed on Nov. 18 in the United States District Court for the Western District of Virginia, Richardson is seeking a trial with jury, declaration that the non-disparagement provision was not legally enforceable, and unspecified financial rewards.