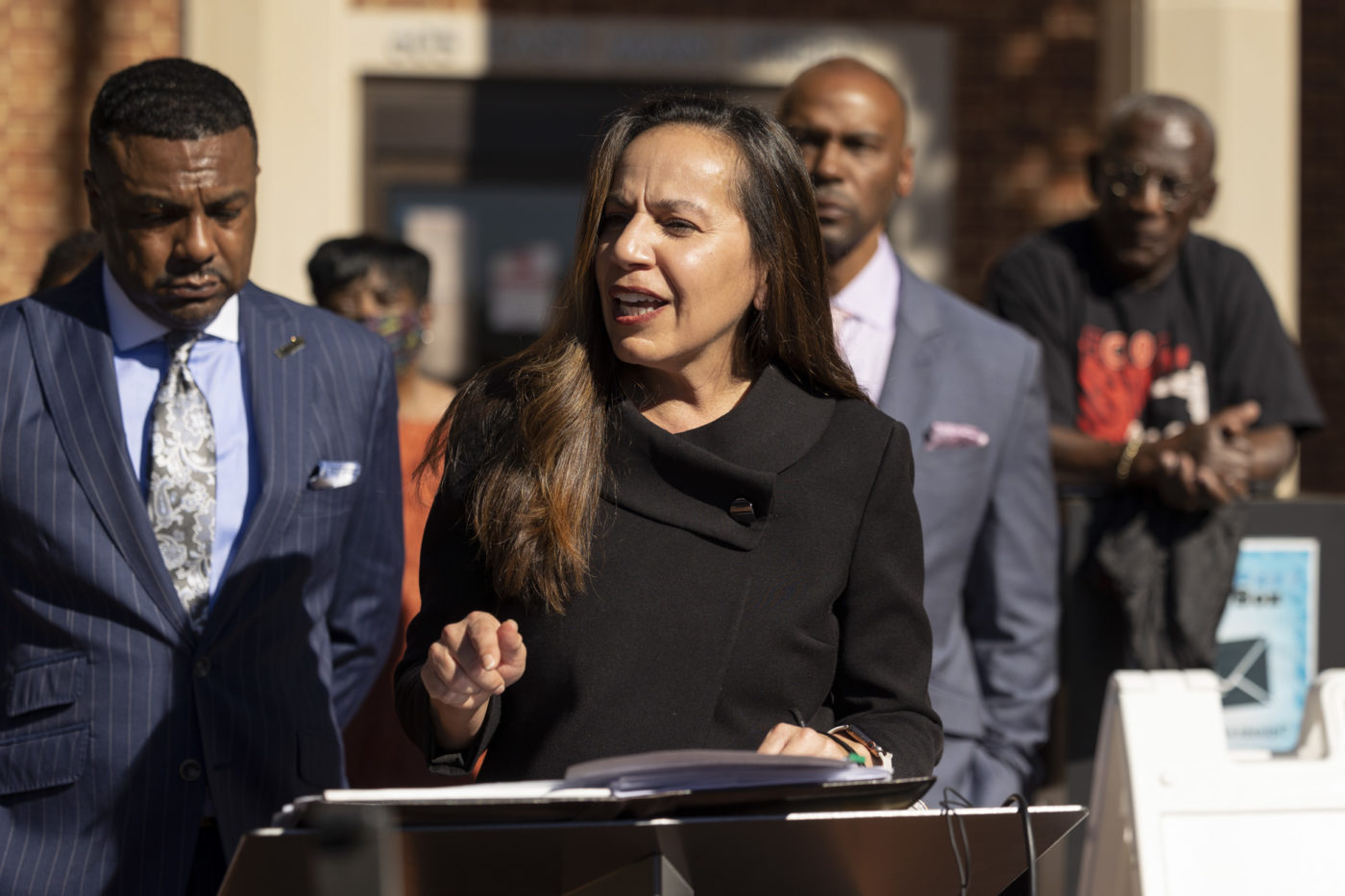 Standing in front of City Hall on Tuesday morning, RaShall Brackney and her attorney, Charles Tucker (left), detailed a charge Brackney filed with the U.S. Equal Employment Opportunity Commission, as well as other complaints she's filed with local, state and federal offices over the termination of her contract as city police chief.

Former Police Chief RaShall Brackney is demanding $3 million from the city of Charlottesville and has lodged a charge with the Equal Employment Opportunity Commission alleging that her Sept. 1 termination was unjust.

Standing in front of city hall on Tuesday morning, Brackney and her attorney, Charles Tucker of The Cochran Firm, accused Charlottesville’s former city manager, Chip Boyles, and several members of City Council of colluding to fire her in response to her attempts to reform the police department. Brackney also alleges that she was defamed by city leaders after her termination.

“For the actions that I took, the attempts to dismantle racism, misogyny, nepotism and police violence, I was not deemed ‘a good fit’ for this city, this system and I was punished,” Brackney said. “But not all were punished. In fact, many were rewarded. People who have supported systems of supremacy, and benefited from those institutions. Oh they have been rewarded.”

Boyles, who terminated Brackney’s contract in September, told Charlottesville Tomorrow that he did not have a comment about the charge.

Brain Wheeler, spokesperson for the City of Charlottesville, said that “the City has no comment at this time.”

Charlottesville Tomorrow also reached out to Mayor Nikuyah Walker, Vice Mayor Sena Magill, and the other three city councilors. Councilors Heather Hill and Lloyd Snook were the only councilor to reply immediately: “As I am still not clear on what is being alleged and considering there is likely a lawsuit pending, I cannot make a comment at this time,” said Hill.

In order for Brackney to file a lawsuit alleging discrimination, she must first lodge a charge with the EEOC.

Once a charge is filed, the EEOC conducts an investigation and tries to get both parties to settle. If a settlement is not reached, the EEOC will issue to the charging party (in this case, Brackney), a right to sue letter, which would allow the plaintiff to take the other party to court, said George Rutherglen, Earle K. Shawe Professor of Employment Law at the University of Virginia Law School.

Hundreds of thousands of charges are filed with the EEOC every year, and they must be filed quickly, within 180 days of the alleged discrimination, he said.

“It’s a routine step, but it does show that she and her attorney are thinking seriously about filing a lawsuit, likely under Title VII” for discrimination based on either her sex, her race, or both, said Rutherglen.

Brackney’s attorney said he would provide media with copies of the EEOC complaint. As of 1 p.m. he had not sent them.

The EEOC said it does not provide information about open cases.

Tucker, Brackney’s attorney, said during the press conference that the former chief has also filed complaints with the Charlottesville Office of Human Rights and the NAACP alleging she experienced discrimination and a hostile work environment at CPD.

“We’ve also submitted a demand letter to the city demanding $3 million in damages,” Tucker said. “And that is a gift because the facts that we have now uncovered, the fact that Chief Brackney was forced to take a position of which she was not ready to take.”

Brackney alleges that her termination was the direct result of attempts she made to reform CPD, including punishing officers for “some of the vilest acts, such as police violence, domestic violence, sexual assault, child abuse, communicating death threats, threatening to ‘take out officers’ who they believed were snitching. … For doing what is right, for doing what is just, my professional reputation has been diminished, harmed, devalued by this city.” 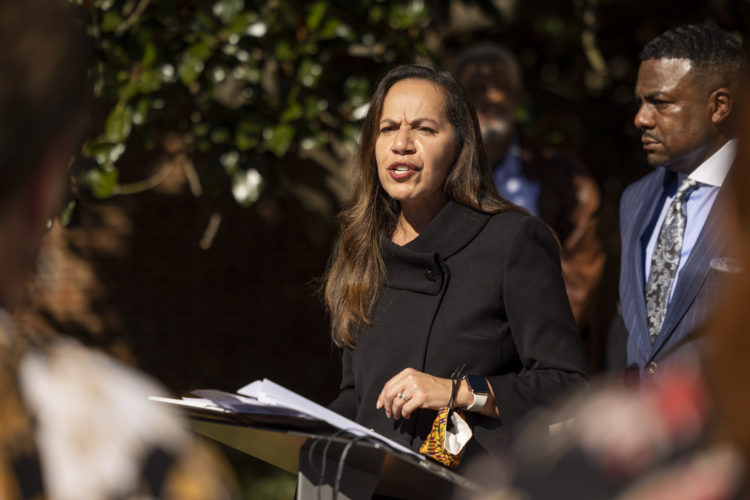 “The Human Rights Commission is deeply concerned about the recent firing of Police Chief Backney and the departure of many other individuals of color from the City,” the letter begins. It goes on to note that many city employees of color, particularly Black employees, have left in recent days, continuing a trend that’s been happening for a few years now, as various city employees of color, some of them in high-profile positions, have either resigned or had their contracts terminated by city leadership.

“Our discussions with current staff of color reveal that many staff feel undervalued and forgotten, as there is keen interest focused on those who have left, and little attention paid to those who remain,” the letter continues.

The commission closes the letter by urging Council to take immediate actions on a few points, including prioritizing an updated equity report as soon as a Director of Human Resources is in place; conduct a compensation and class study to work on the issue from an internal equity standpoint; and “share with the public the full basis for termination of Chief Brackney” or risk losing the trust of communities of color, particularly Black communities, throughout the city.

This is a developing story that will be updated throughout the day.