Friendship Court to be redeveloped as mixed-income community 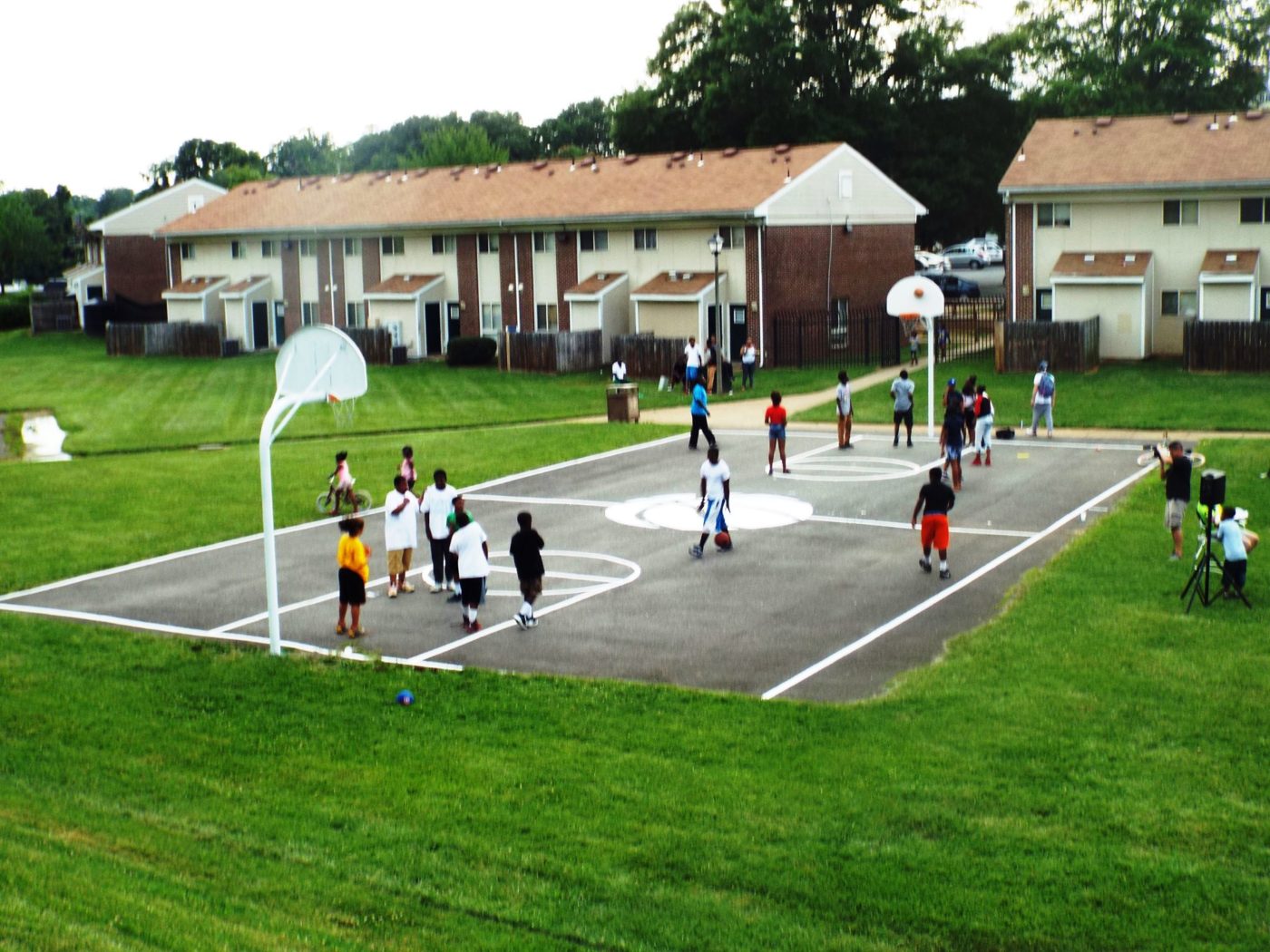 The nonprofit organization that owns a minority stake in the 150-unit Friendship Court subsidized apartment complex in Charlottesville has announced it intends to redevelop the property as a mixed-income neighborhood.

“The Piedmont Housing Alliance will have the opportunity to acquire Friendship Court late in 2018 and that’s exactly what we intend to do,” Frank Grosch said Monday at a fundraiser for the effort.

Grosch said the PHA is committed to making sure the property does not become entirely market-rate housing.

“We are committed to keeping 150 affordable homes and the Section 8 that makes it work for the families that live there,” he said.

The average annual income for families at Friendship Court is $10,800.

The PHA is a minority partner in a consortium that owns the 11.75-acre property. The majority partners are the National Housing Trust and a group of investors coordinated by the Enterprise Foundation, according to Grosch.

However, the partnership gives the local organization the right of first refusal on the property, and Grosch told an audience at the Omni Charlottesville Hotel on Monday that it plans to exercise the option.

“In 2018, Friendship Court will be 40 years old and the buildings there will be coming quickly to the end of their useful life,” Grosch said. “The site itself is in the heart of downtown and the center of the city’s Strategic Investment Area … and is an extraordinarily valuable piece of real estate.”

Friendship Court, originally called Garrett Square, was built on property that had been razed as part of Charlottesville’s urban renewal project in the 1970s. The current ownership of the property has been in place since 2002.

Grosch said the redevelopment project’s finances will be augmented by the creation of market-rate homes, as well as non-residential uses.

There is currently no specific plan but one will be created with input from residents.

“The board has been working really hard to think through a vision of what Friendship Court in particular might look like,” said Barbara Brown Wilson, an assistant professor of urban and environmental planning at the University of Virginia who serves on the board of the Piedmont Housing Alliance.

“What [we] have envisioned is a process that’s going to get the families living in Friendship Court feeling like not only is this plan developed for them but really with them,” Wilson said.

Wilson said the process will require leadership opportunities for residents and that the process should be stripped of jargon with clear language. Another goal is to have children who live at Friendship Court involved in the process.

A state housing official said partnerships and alliances will be more important going forward in order to maintain and expand the number of affordable living choices.

“We’re all aware of the fact that although the federal government for many years really led many affordable housing initiatives and provided funding for that, times are changing,” said Mike Hawkins, managing director of community outreach at the Virginia Housing Development Authority.

Grosch said PHA has been studying the redevelopment possibilities since January. As part of the process, a group has toured properties that have been redeveloped by the Alexandria Redevelopment and Housing Authority. Members of that group visited Charlottesville earlier this year to offer advice on how to redevelop the city’s public housing sites.

The current density of Friendship Court is about 13 units per acre. Some of the redeveloped public housing in Alexandria can be as high as 40 units per acre.

Grosch said residents will be at the center of the planning process, which will be led by several nationally known experts on redevelopment.

The PHA is raising funds to pay for the planning efforts.

“That redevelopment will no doubt be transformational for our community,” said Dave Paulson, treasurer of the PHA board. “But the reality is that government funding has been cutting back so we’re becoming increasingly reliant on private donations to fund the important work that we do.”