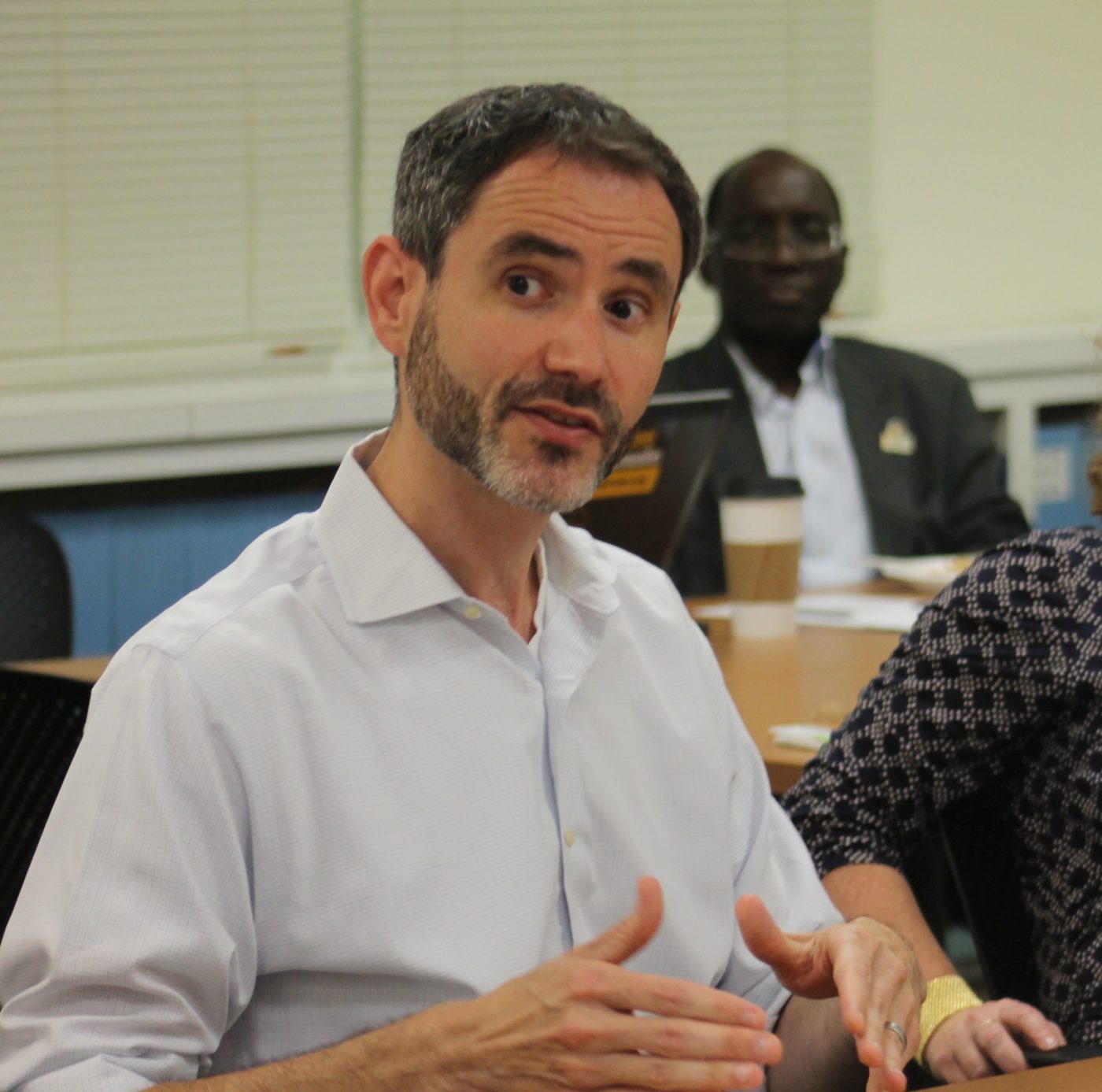 The nonprofit organization that is seeking to redevelop Friendship Court could lower the number of units being planned for the property.

The Piedmont Housing Alliance is working on potential revisions to a master plan that had called for the residential density at the site to quadruple to as many as 600 units.

As architects begin to turn PHA’s plan for the site into a reality, the organization is considering reducing the over-all number of units in order to diversify the type of units that eventually are built.

“No decision has been made, but that’s one of the options being explored, as it allows a much greater variety of unit types if we can reduce the overall density,” said Frank Stoner, chairman of PHA’s board of directors.

PHA has not determined how many units could be cut from the plan.

Friendship Court is currently home to 150 units built in 1978 that are subsidized through low-income housing tax credits issued by the Virginia Housing Development Authority.

The city gave PHA $350,000 in November 2015 to assist with a development process to guide its goal of building a mixed-income community that would include the subsidized homes.

“The funding PHA received from the city for the predevelopment study is tied to those 150 units,” said Alexander Ikefuna, the city’s director of neighborhood development services. “The city invested its money in order to preserve that housing, so we expect the developer to do that.”

The low-income housing tax credits will need to be renewed sometime next year, and Stoner said the process is underway.

Earlier this month, the organization held a two-day design workshop to revisit the master plan developed by the firm Stantec. Architects with the firm Grimm and Parker were in attendance to get feedback on how to turn the plan’s concepts into reality.

Andrew Mondschein, an assistant professor of urban and environmental planning at the University of Virginia, represented the PLACE Design Task Force at the event.

“It’s a master plan, so it is not meant to actually represent what is going to be built, ultimately,” Mondschein said Thursday at the monthly meeting of the PLACE group. “It looks like four boxes, basically, on a grid with a central green area. What that represents are the community’s desire for maintenance of green space and for the availability of better housing.”

The 11.75 acres at Friendship Court are within the city’s Strategic Investment Area and are within the city’s Downtown Extended zoning district. The city is paying the Form Based Code Institute more than $200,000 to re-write the rules for future development, however. The City Council will meet with the Planning Commission on Oct. 26 to review the institute’s work to date.

Mondschein said half of the charrette dealt with the process and ensuring that resident input influences the finished product.

The Strategic Investment Area plan adopted by the City Council in February 2014 calls for the super-blocks in the area to be broken up and for streets to be extended through the site. The master plan created by Stantec followed suit.

Emily Dreyfus, an organizer with the Legal Aid Justice Center, said some residents are concerned about what that might mean for their children’s safety. Friendship Court currently is only accessible by vehicles from two driveways.

The master plan depicts a community that is carved into four quadrants with a new road going through the mid-dle of the site.

“The goal is to build from that,” Mondschein said. “If the residents feel there can be changes or tweaks that really provide benefit and make sense and build and evolve from what’s been done, I think that’s the approach everyone wants to take.”

Mondschein said the discussion also included how to add commercial spaces to the development and how that might create revenue streams to support affordable units.

“There was a discussion about whether it is possible to provide a grocery store,” Mondschein said. “What are the hurdles for that? The economic analysis had not been undertaken but there will be one.”

Ikefuna said the city is also interested in bringing the property into the city’s street grid and is interested in having a child care facility on the site.

The original master plan showed Friendship Court developing in six phases. Stoner said the design workshop was held in part to reduce the number of phases as well as to increase the kinds of housing types on the site.

“The purpose of the charrette was not to evaluate options and make decisions,” Stoner said. “It was to determine what options might exist and how best to explore them with the residents and other stakeholders.”