From the newsroom: Charlottesville Tomorrow welcomes new board members 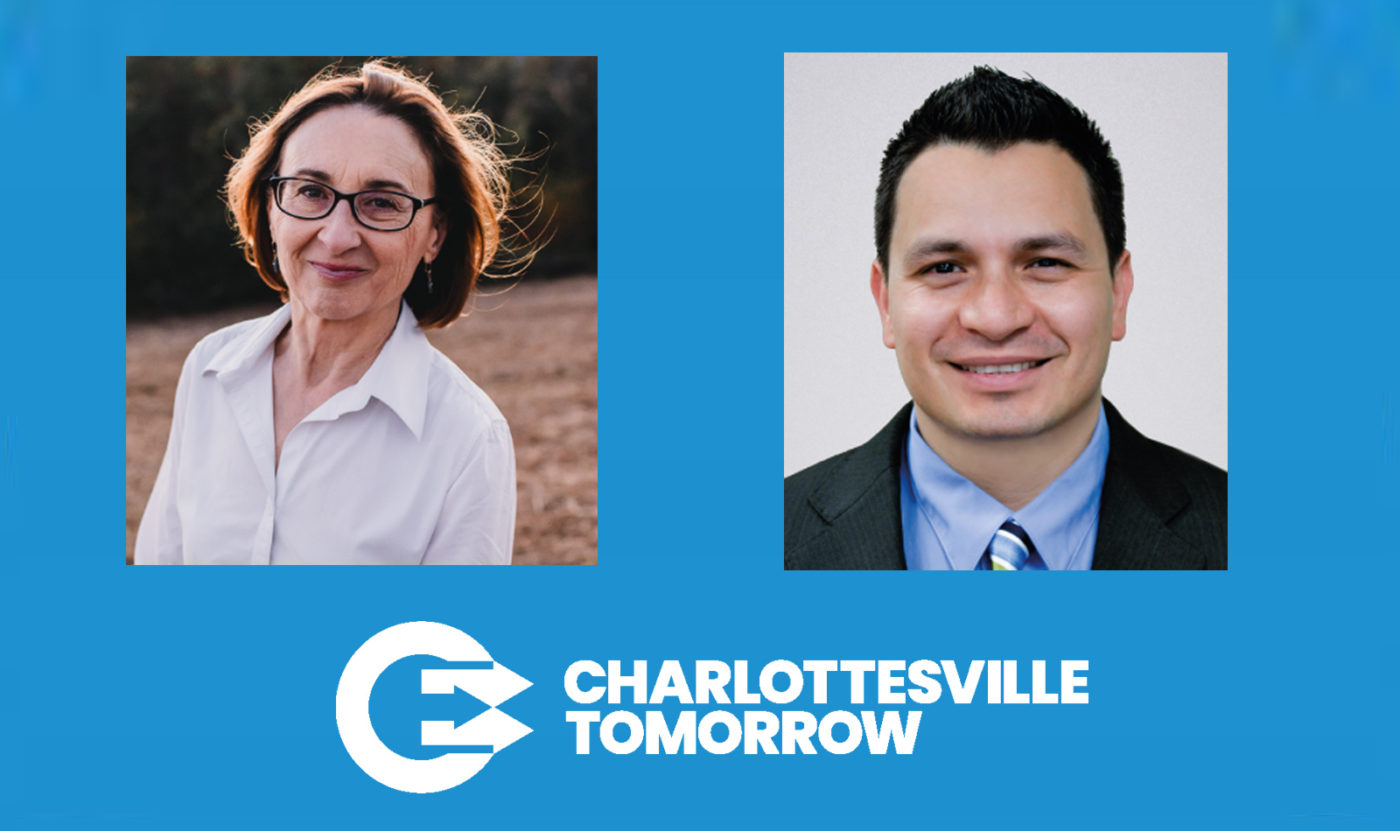 We welcome our newest board members Jacqueline Salmon and Miguel Coradine to our nonprofit board of directors.

Jacqueline Salmon is principal media strategist at the American Bar Association, where she leads a team of writers in positioning the ABA as a thought leader on diversity and inclusion in the legal system, independence of the judiciary, and equal justice under the law. Previously, she was chief writer for the CEO of Pew Charitable Trusts and a Washington Post reporter. At the Post, she covered a wide range of topics, including business, politics, suburban life, national and world crises, and religion.

Ms. Salmon is also a New York Times bestselling author and book collaborator, writing and editing seven books on child psychology, politics, health, business, and military intelligence. She has served as a key partner in a startup management team in planning strategic growth aimed at creating one of the first online local-news networks of websites and blogs.

A 1979 graduate of Syracuse University, she earned a B.S. in newswriting. She is a resident of Charlottesville and volunteers for OneVirginia2021, a nonpartisan anti-gerrymandering nonprofit.

Miguel Coradine is originally from Colombia but was raised in Venezuela. In 1998, Miguel moved to the United States to learn English and start his career. He attended the University of Tampa, Florida, obtaining a bachelor’s degree in business administration. He settled in Charlottesville in 2004.

Miguel is the founder and CEO of Sirius Insurance. He is a bilingual insurance advisor and helps families make better decisions when it comes to Auto, Home, Life, business insurance, and more.

Prior to founding Sirius Insurance, Miguel worked for several years as an independent contractor in the insurance industry. He has also worked at the Daily Progress as Regional Circulation Manager, overseeing the day-to-day operations of the circulation department, including sales, retention, service, and distribution. In addition, he worked as the circulation manager for nine years at the C-VILLE Weekly in which he was responsible for the main paper as well as over ten magazines.  Miguel has also worked as the circulation director for the first Latino newspaper in Central Virginia and the Shenandoah Valley, Nuevas Raices/New Roots.