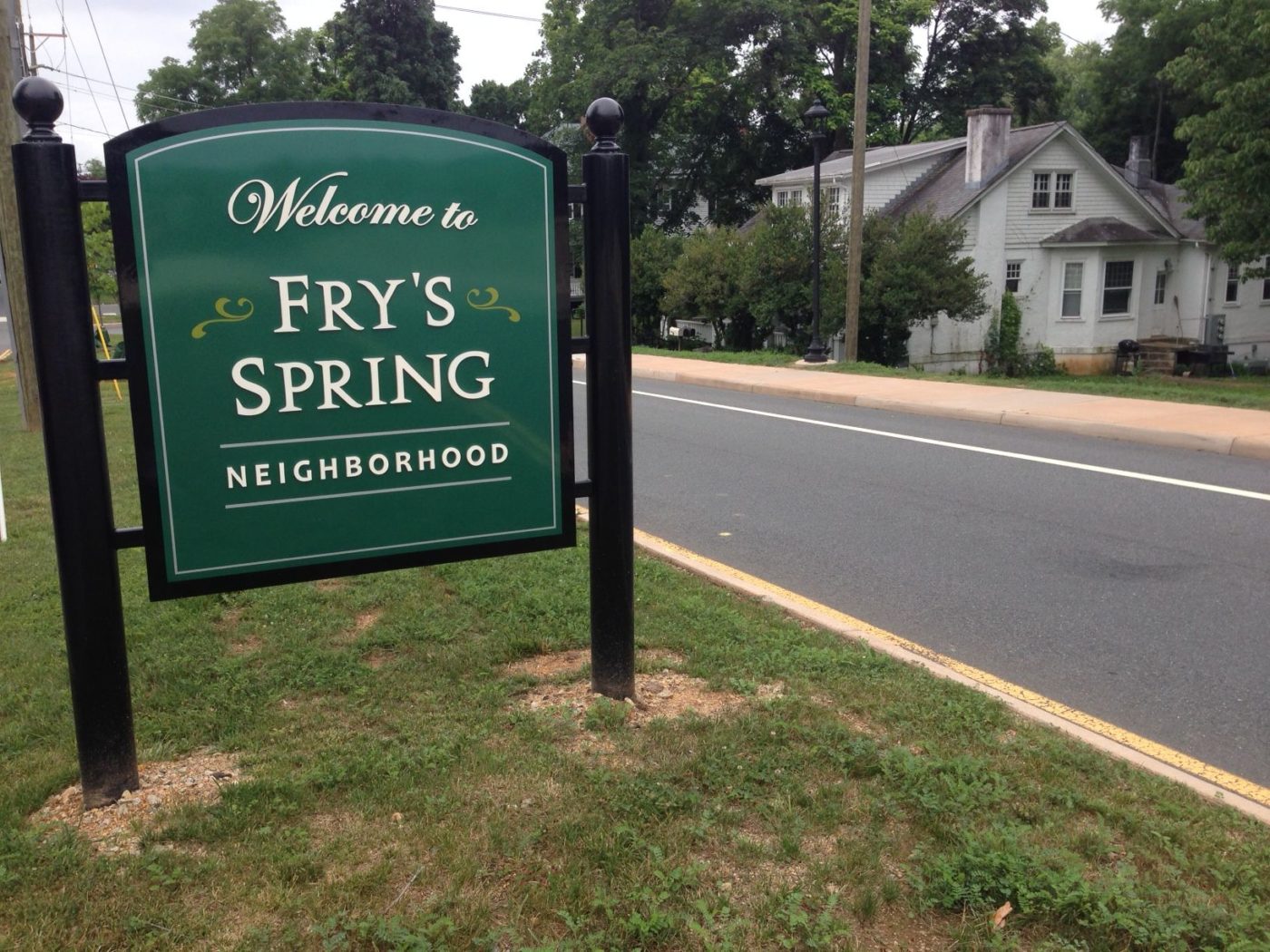 The Charlottesville City Council has agreed to consider a request from the Fry’s Spring Neighborhood Association to study rezoning of three streets.

“Essentially, they are asking for the properties on Stribling, Crestmont and Shamrock to be downzoned,” said Jim Tolbert, director  of the city’s Neighborhood Development Services.

Specifically, the neighborhood association has been asking for the city to change the zoning on all properties classified as R-2 to R-1S. Properties in R-2 can have up to two families, whereas R-1S allows only one. Accessory apartments could still exist, but only if the property owner lives on site.

In all, there are 213 properties in the Fry’s Spring neighborhood with R-2 zoning.

The neighborhood association has been making the request since 1999 and its members refer to the potential land-use change as a “corrective rezoning.”

“We really feel like it’s time we move this process to the next step and allow it to have the public forum it deserves,” said Terri Di Cintio, of the association.

However, the association does not have the legal right to initiate the process by itself as it does not own any of the properties that are now under review.

“Rezonings can only be initiated by petition of property owners, by initiation of City Council, or by initiation of the Planning Commission,” Tolbert said. “If you think its worthy of study, then you can pass the resolution.”

The council considered a resolution to initiate the process, which will include a joint public hearing with the Planning Commission within the next three months. City Attorney Craig Brown advised against the rezoning, because he said the courts would view the action as a downzoning.

“If you look at a property owner’s ability to use their property as a bundle of rights under existing zoning, you’d be taking some of those rights away,” Brown said. “It would be incumbent on your legal counsel to show some type of change that materially affects health, safety and welfare to justify that downzoning.”

Brown said if there was a legal challenge, the court would examine what has changed in the neighborhood since 2003, the last time the city undertook a comprehensive rezoning.

“That’s when the City Council reaffirmed the zoning of those properties as R-2,” Brown said.

The public hearing will give property owners the chance to share their opinions.

Tolbert said the rezoning is opposed by 16 out of 23 residents of Crestmont Avenue.

Councilor Dede Smith, a Fry’s Spring resident, said that half of those owners do not live in Charlottesville.

Smith said it was important to study the issue to see if it would protect the neighborhood from dense development by preventing single-family homes from being split into two units.

“The premise, though, at this point in time, is this concentration of density along corridors which makes the protection of neighborhoods, particularly those close to the University of Virginia,” Smith said. “That’s a protection this neighborhood has never seen.”

“Why were these not included with the rest of the neighborhood?” Smith asked.

Neither Brown nor Tolbert had an answer, and that will be one of the questions asked as staff does further research.

Councilor Kristin Szakos said she did not think there were three votes to approve the rezoning.

“I don’t believe that it’s legal for us to do downzoning there, and I think that to do the public hearing is to engage in false hope and make people think that something is possible that I really believe is not,” Szakos said.

But Councilor Kathy Galvin said she thought the city should grant the request to at least hold the conversation about the rezoning process.

“The neighborhood does want to have this hearing,” Galvin said. “In the process of having this hearing, there will be research done and staff resources put to this question.”

Galvin said the process may uncover a legal reason why the rezoning could be permissible.

“I just want to make sure that this is not viewed as a done deal in any way,” Galvin added.

Mayor Satyendra Huja also said he will probably vote against the rezoning.

The council voted 4-1 in favor of studying the rezoning, with Szakos voting against.