Gallaway to seek Rio seat on Board of Supervisors 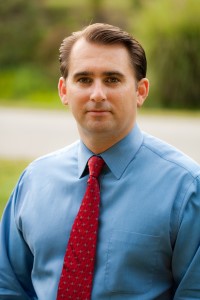 Ned Gallaway, chair and At-large member of the Albemarle School Board, announced his plans to run for state Senate Monday.

Former Albemarle County School Board member Ned Gallaway is seeking the Democratic nomination for the Rio District seat on the county’s Board of Supervisors.

He is set to make his announcement Wednesday at the Albemarle County Office Building on McIntire Road.

Incumbent Democrat Brad Sheffield announced in early February that he would not seek a second term for the Rio seat.

Gallaway has filed paperwork for the seat with the State Board of Elections and is listed as a candidate on the Virginia Public Access Project’s page for Albemarle County.

Gallaway was elected as the county’s at-large School Board member in November 2011 and became that body’s chairman in January 2014. He ran for the Rio seat on the School Board in 2009 but lost to incumbent Pam Moynihan.

In 2015, he ran for Virginia’s 17th Senate District as a Democrat against Republican Bryce Reeves but was defeated by a 2-to-1 margin. Reeves raised more than $1 million to Gallaway’s $131,702 in the campaign.

Gallaway is general sales manager at Mercedes Benz of Charlottesville. He earned a bachelor’s of fine arts from Ohio University and a Ph.D. from the Curry School of Education at the University of Virginia.

This week, Diantha McKeel, chairwoman of the Board of Supervisors, announced that she is running for a second term representing the Jack Jouett District.

“Community leaders are facing governing challenges as never before,” McKeel said at Wednesday’s Board of Supervisors meeting. “I believe in the strength that comes from a diverse community. [I believe in] protecting our environment, fiscal responsibility and the role of government as a catalyst for opportunity.”

McKeel ran as an independent in 2013 but said in an interview that she will seek the Democratic nomination this time around. She said her objectives in a second term would include expanding affordable housing, seeking public-private partnerships and growing local businesses. She previously served four terms on the School Board.

John Lowry announced his campaign for the Republican nomination for the Samuel Miller District on Feb. 23. Incumbent Liz Palmer, a Democrat, has said she plans to seek a second term.

No other candidates for supervisor have filed with the State Board of Elections.

So far, there is only one contested race for the Albemarle County School Board. Western Albemarle High School student Julian Waters is challenging incumbent Graham Paige for the Samuel Miller seat.

Pam Moynihan was first elected to represent the Rio District on the School Board in 2001. She has not stated whether she will seek a fifth term.

Kate Acuff, the School Board’s chairwoman, also has not announced whether she will seek a second term to represent the Jack Jouett District. She was first elected in 2013 when she ran unopposed.