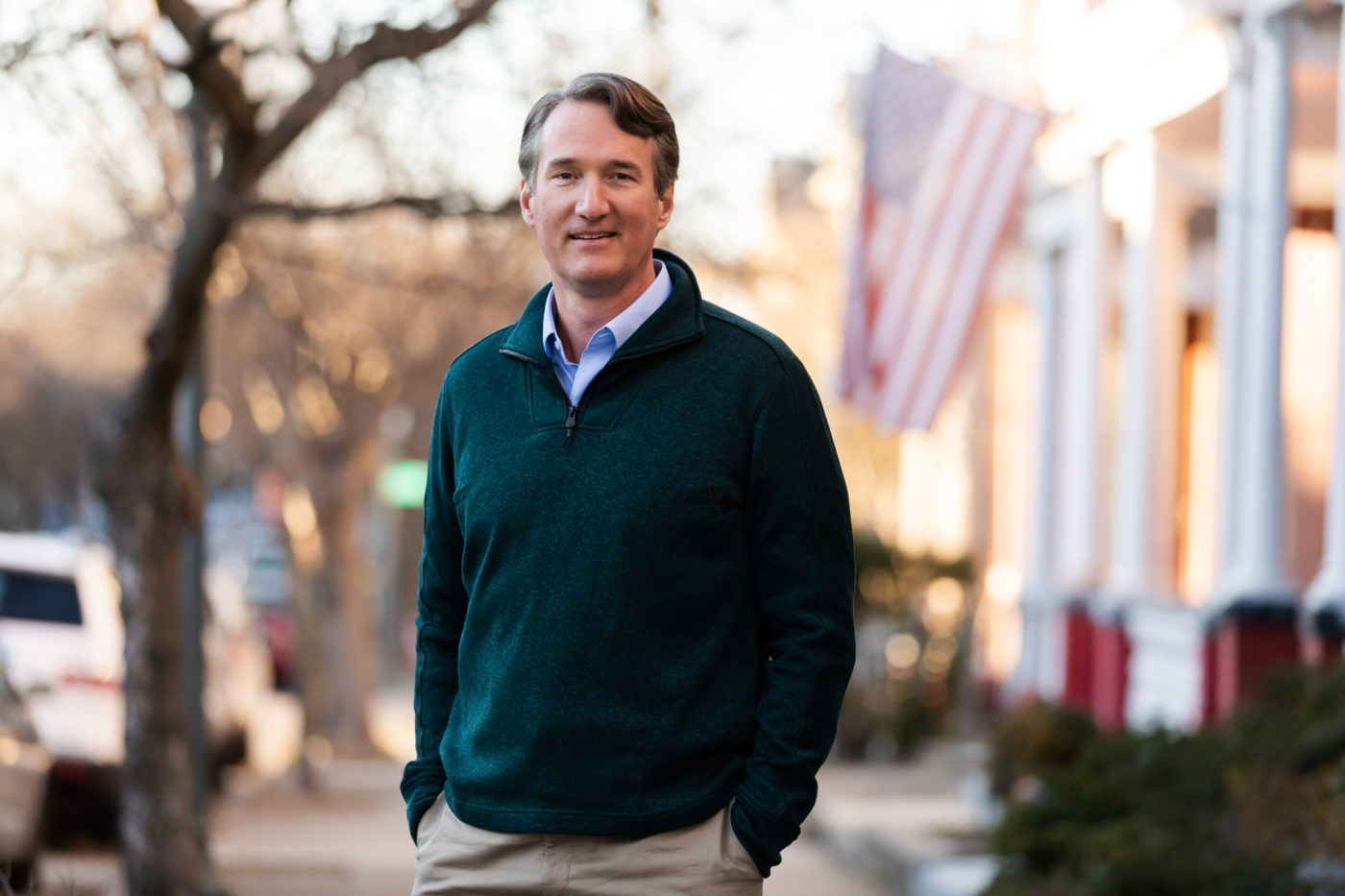 Former businessman Glenn Youngkin stepped back from his position of CEO at private equity firm The Carlyle Group last fall in order to shift his focus to public service and politics. Touting himself as someone who isn’t a “career politician,” Youngkin is now running to be Virginia’s next governor and recently launched a political action committee to support efforts of Republicans around the state.

His inspiration for running stems in part from launching a nonprofit organization to help with employment opportunities during the ongoing COVID-19 pandemic along with dissatisfaction with recent democratic leadership following the terms of Gov. Ralph Northam and Terry McAuliffe — the latter of whom is seeking a second term this year.

“A lot of career politicians spend a lot of time trying to address 100 different topics. What business leaders learn is you’ve got to focus to get things done to deliver results,” Youngkin explained.

Citing his experience with economic hardship in his youth with his experience successfully working in the business sector for about 30 years, Youngkin said he has the skills needed to guide the state into economic recovery.

Originally from the Bon Air area of Richmond, Younkin’s adolescence was spent in Virginia Beach following his father losing a job. The experience, Youngkin said, reinforced hard work for him. He went on to work at a local diner while in high school as his family rallied together to make ends meet.

“That was a challenging time for my family. I learned how to work hard, and I actually watched my family pull together in a remarkable way,” Youngkin explained.

Youngkin later attended Rice University on a basketball scholarship and went on to earn an MBA from Harvard.

His family’s experience recovering economically is an experience he knows many Virginians are facing due to the pandemic’s impact. He hopes to apply his entrepreneurial background to governance if elected.

First, he said that he would like to fully “open Virginia back up” from businesses to schools.

“I believe [Ralph] Northam has made a mistake by keeping Virginia closed and restricted like he has. I think people can conduct their lives safely. I believe we can serve both lives and livelihoods,” Youngkin explained.

He noted how businesses have adapted to social distancing, mask use requirements and how to serve clients with limited capacity.

“I see innovation from businesses to do things safely and unfortunately our governor doesn’t see it that way,” he said.

With schools having shifted to virtual learning since March 2020, Youngkin is concerned for children who struggle with not being in a classroom. Though there are no requirements to reopen physical schools, Northam has required plans for some in-person instructions — with some schools within the state currently offering in-person options. Youngkin would rather see the situation flipped.

“We need to make sure our schools are open. Let families make the choice, not schools making the choice,” Youngkin said.

Youngkin notes that exceptions will need to be made for at-risk staff, however.

“If some faculty are at risk, of course accommodations need to be made.”

On higher education, Youngkin said that he supports universities finding ways to keep costs consistent and referenced Indiana’s Purdue University — which has frozen its rates for the past 10 years.

“Higher education is expensive and generally very hard to access for Virginian families,” he said.  “I’m always surprised at the competition who has figured these things out. I don’t think it should take a pandemic for Virginia universities to freeze tuition.”

Meanwhile, Youngkin cites his several decades of experience in the business world and can offer that perspective in governance to keep employers in the state. Citing the move of Advanced Auto Parts from its home base in Roanoke to Raleigh, North Carolina  — made in part from the company acquiring a Raleigh-based company along with a $10 million incentive from North Carolina, Youngkin said it’s an example of a big company leaving the state.

If elected, he vows to not raise taxes and to support job creation opportunities.

“I think finally a governor that’s been building businesses and creating jobs for 30 years is most fitted to recruit new businesses to come,” Youngkin said.

As some members of the GOP party with Virginia and across the country have expressed doubts about election integrity and the results of the 2020 presidential election, Youngkin said that he has a plan to restore that faith. The issue —he asserts is not simply a Republican issue, but a “democracy issue.”

Youngkin plans to decouple the Department of Elections from the executive branch in order to keep it independent and nonpartisan, require the presentation of a state ID in order to vote along with proof of citizenship when requesting an absentee ballot, along with auditing of voting machines, and signature matches.

“We do this all the time with Visa cards, this is not hard to do,” he said of signature matching.

“We worked with companies to catalogue jobs and figure out needed training. We worked with community college on courses,” Youngkin explained. “We’ve had a vibrant retraining program that supports unemployed or those disrupted by pandemic to find new careers.”

On the establishment of the nonprofit and his decision to run for governor, Youngkin said that he and his wife, Suzanne, have been “on a journey” to being more engaged with public service and politics.

“I sat with my wife. We discussed it and prayed over it,” Youngkin said.  “We felt like we wanted to step into it and get engaged. I quit my job. I resigned the next day. Suzanne and I have been on this journey since.”

“What’s happened over the course of the past 10 years is a flood of money coming from outside Virginia supporting candidates whose political philosophy I disagree with,” Youngkin explained.

If elected to governor, Youngkin said he hopes his win is not a “lone win” for his party and that his PAC can help fellow conservatives.