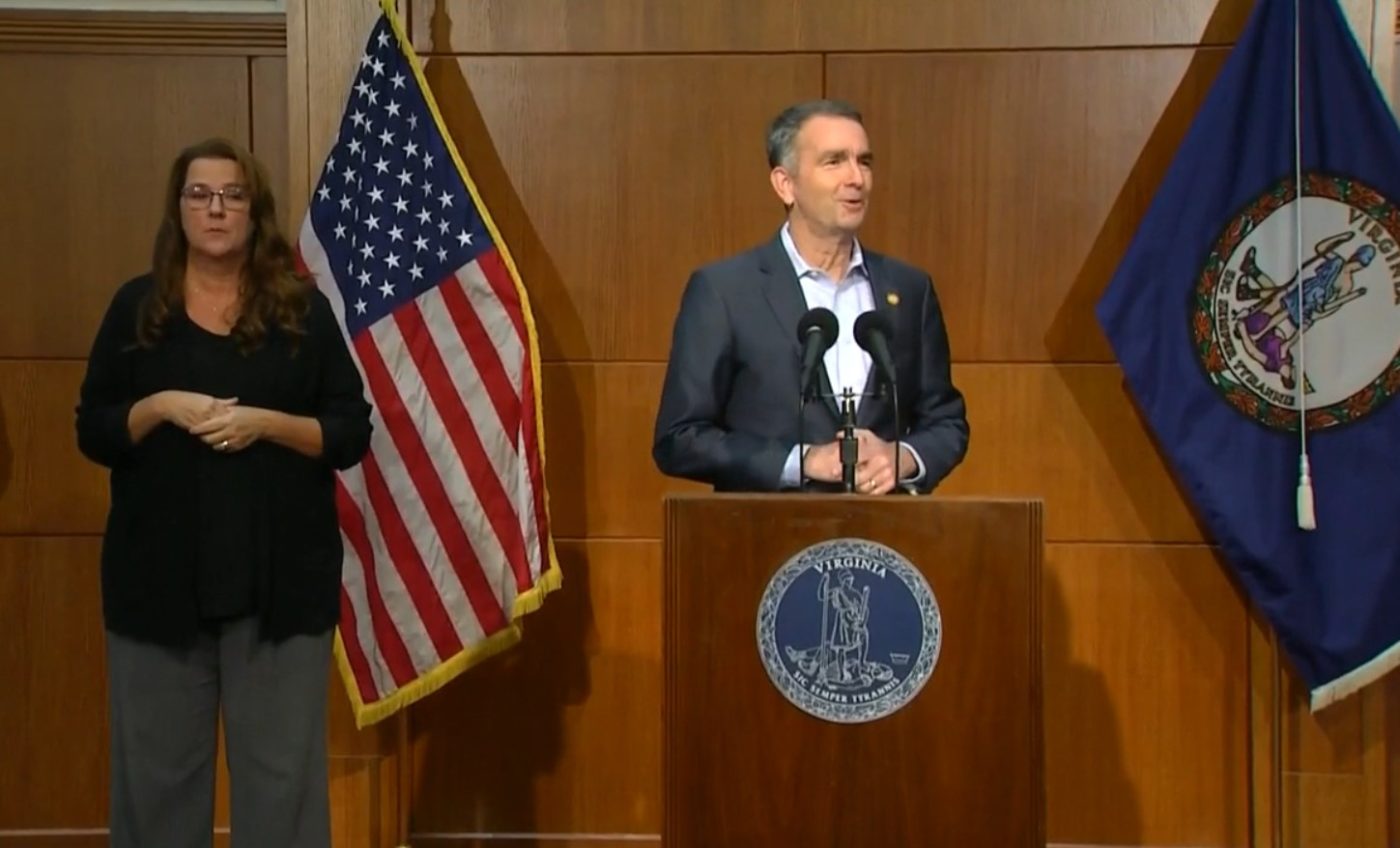 The same week that the Charlottesville City Council revisited its local ordinance aimed to curb the spread of COVID-19, Gov. Ralph Northam announced new measures to mitigate the spread of the virus. This comes as case numbers are up nation and statewide — with Virginia’s own positivity rate recently at 11%. With the colder months inspiring more time inside and holidays inspiring gatherings, officials are concerned about continued COVID-19 spikes.

Additionally, restaurants will continue to operate under their restrictions of social distancing and sanitization requirements, capacity limits and reduced hours for the sale of alcohol — with sale cutoffs at 10 p.m. — and overall site closures at midnight.

“New daily case numbers are higher than they have been at any previous point in the pandemic, and while the trends in Virginia are better than most of the country, we are taking action now to slow the spread of this virus before our hospitals get overwhelmed,” Northam said at a Thursday news conference. “We already have strong public health measures in place, and with these additional steps, we can turn this around. Virginians, if you don’t have to be out, stay at home. Whenever we are around other people, we all need to wear a mask, indoors and out.”

The new restrictions will remain in place until at least Jan. 31, and Northam said it could be extended.

As Northam gave his announcement of further restrictions an advisory panel was convening in Washington, D.C., to recommend distribution of a COVID-19 vaccine developed by Pfizer and one developed by Moderna is expected to be reviewed.

Northam expects the first round of vaccinations to begin in Virginia soon. Charlottesville Tomorrow previously reported that — locally — the initial doses will go to the University of Virginia Medical Center and will be available exclusively to staff who work directly with COVID-19 patients.

Afterwards, the Charlottesville and Albemarle County area will take a tiered approach to distributing the vaccine — granting more vulnerable populations first access, followed by others later on.

Meanwhile, Charlottesville City Councilor Lloyd Snook explained that the council suspected new conditions and restrictions could be forthcoming from the governor after the increase in statewide cases. Snook said it inspired him to suggest repealing the city’s previous ordinance to “not be in conflict with stricter rules from Richmond.”

Previously, Charlottesville and Albemarle had implemented ordinances over the summer that were firmer than the Phase III or reopening that Northam had placed Virginia in at the time. Now, Snook — at least — said local governments should be deferring to the state as it cracks back down on restrictions to combat the virus’ spread.

“We changed our ordinance to limit gatherings to 25, as the Nov. 13 order from the governor had provided,” Snook said in an email to Charlottesville Tomorrow earlier in the afternoon. “But now, as of the effective date of this new regulation, our ordinance is basically meaningless. We need to speak with one voice. And that voice should be the governor’s.”

During the  Dec. 10 city council budget work session the council voted to defer to state guidelines.