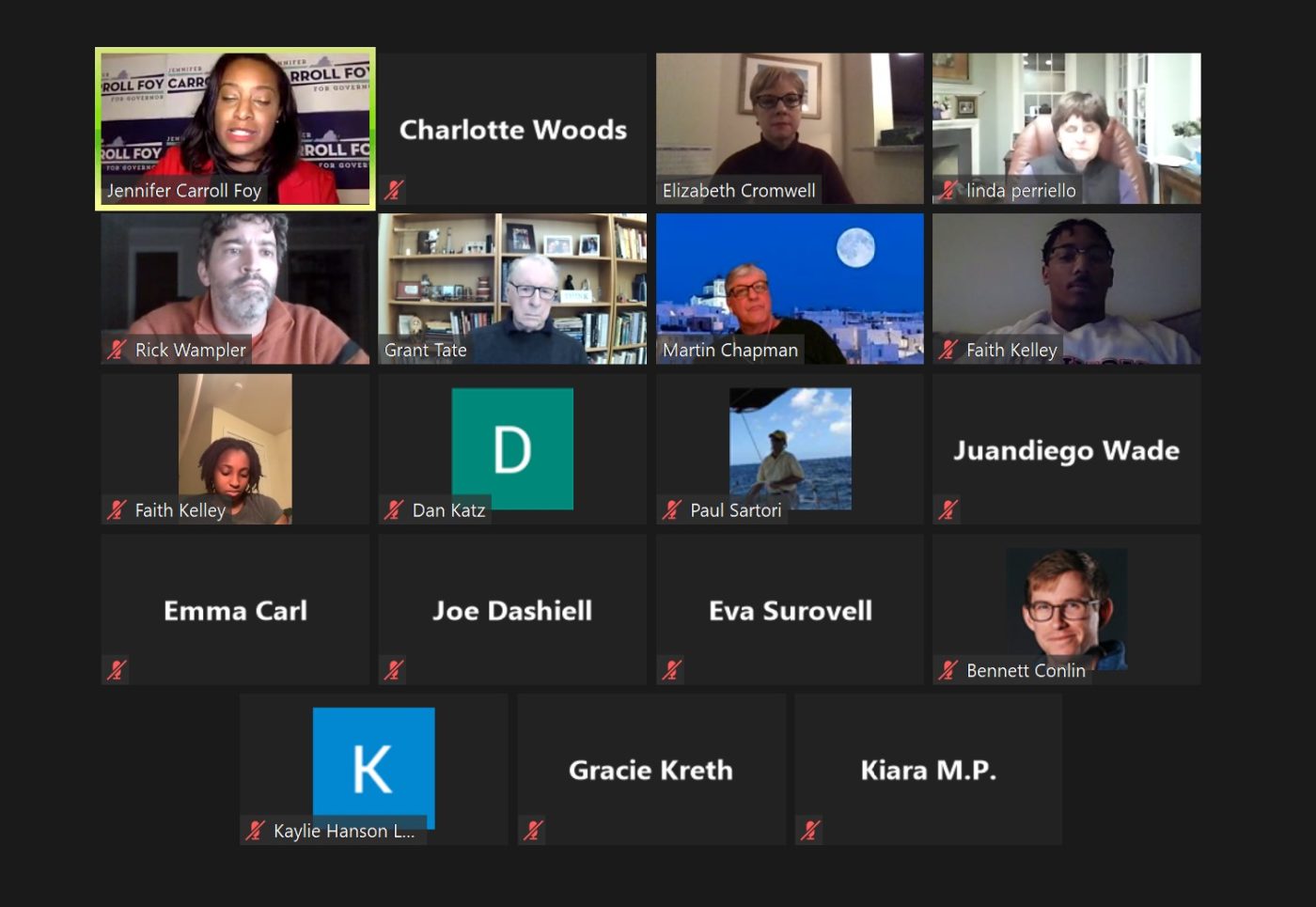 This week, gubernatorial candidate and former state Del. Jennifer Carroll Foy, D-Prince William, shopped around some of her ideas for how to help small businesses survive and recover from the economic impacts of COVID-19. On Jan. 26, she hosted a virtual roundtable with Charlottesville-area entrepreneurs and stakeholders. In the event, she outlined her plans to help aid the economy and help bolster small businesses in particular.

“Our post-COVID economy will not look exactly the same as it did before COVID-19,” she said.

Most immediately, Carroll Foy wants to bolster the Virginia Employment Commission and increase its funding so that it can operate more efficiently.

In unveiling her economic development plans and consulting with locals, Carroll Foy also previously launched the Rebuilding Virginia Economic Council — which fielded input and policy recommendations from various businesses and small business owners from around the state.

“I always believe in a ground up approach,” Carroll Foy explained. “The people closest to the pain do need to be a part of the conversation in the draft to what the solutions look like.”

Building on her council, as governor, she plans to establish a Rebuilding Virginia Task Force.

Charlottesville Chamber of Commerce President Elizabeth Cromwell was also in the virtual meeting. Similarly to Carroll Foy’s council, Cromwell noted Project Rebound — which, according to her, had around 350 various businesses providing input.

Cromwell said that in meeting with “various industry groups to talk about where the pain points were, two big points that were universal were access to broadband and child care.”

Carroll Foy noted continued efforts to expand broadband access — an issue further highlighted by the pandemic — and said that early childhood education should be expanded as well for both educational and child care perspectives.

“We cannot leave behind the small businesses at the heart of our economy in favor of massive corporations and special interests as we recover from COVID-19,” she said. “As part of my plan to get Virginia’s economy back on its feet, I’ll fight to ensure our small businesses have access to the capital they need to thrive, including by expanding the Angel Investor Tax credit program.”

By allocating about $4 million per year to the tax program, Carroll Foy said it will expand to encompass more small businesses. Her plan would also require financial entities to devote a certain proportion of resources to angel investments and increase the percentage of funds invested by state pension programs that are going towards angel investments.

Angel investments are when an organization or individual gives financial support to startups or businesses at stages where they are usually unable to secure loans or funding from financial institutions. Angel investments also allow the investors to exchange capital for a stake in a company or convertible debt.

Other goals include the promotion of union apprenticeships “so more Virginians have access to skills training that can lead to solid jobs and paychecks.”

The conversation surrounding workforce development and education surfaced at the event, as well, and Carroll Foy noted that she plans to better promote vocational schools and careers that don’t need college degrees. She explained that as governor, she would continue to build on Ralph Northam’s G3 plan as well as ensure that high school guidance counselors are aware of trade skill opportunities or incentives.

“How is Virginia going to expand renewables?” he asked.

As a key patron of the Virginia Clean Economy Act which passed last year, Carroll Foy explained that it can be built upon to reach energy goals by 2050, as well as the intersection of workforce development and education.

“[VCEA] has a project labor agreement on offshore wind, protection rates of bills, and a timeline of 2050,” Carroll Foy said. “We need to ensure that some other things happen where there are reviews of the process.”

Noting the continued greening of the energy market in the state, Carroll Foy estimates that Virginia can bring in about 15,000 clean energy jobs over the next 15 years — but that a trained and ready workforce will be crucial.

“We strike on these [opportunities] by having a workforce that is ready,” she said.  “We don’t want these companies to bring in out of state workers.”

Carroll Foy is one of five Democrats vying for their party’s nomination this summer. The crowded race also includes seven Republicans — who will compete for votes in a forthcoming convention — and Princess Blanding, who is running under the newly-formed Liberation Party.