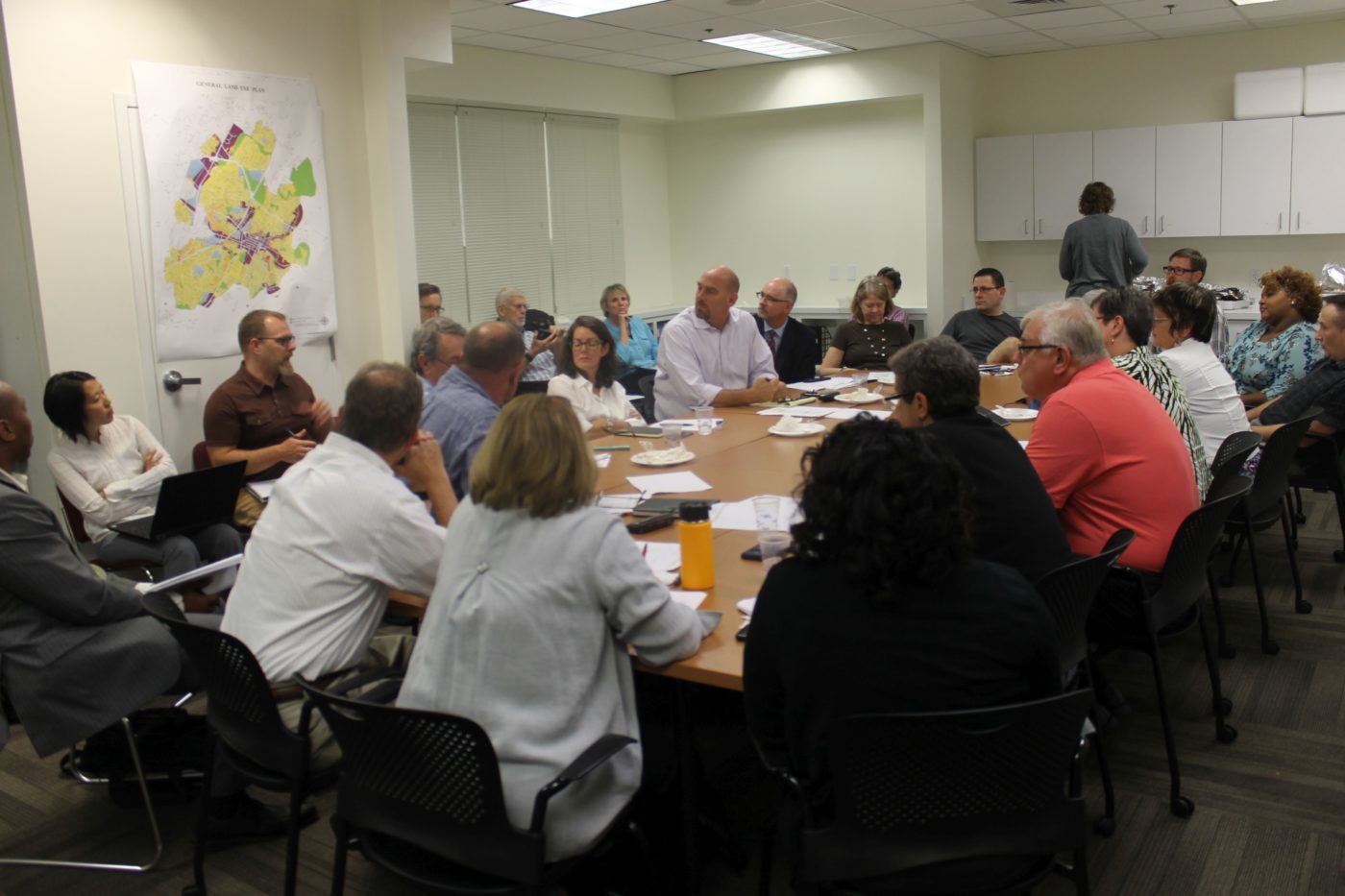 For years, Charlottesville city government has wrestled with policies to help increase the number of homes that are affordable to families who make much less than the annual area median income of $77,800.

The housing market is skewed in favor of those with higher incomes, creating what many consider a crisis that is displacing people who cannot afford to live within city limits.

“I work every day with job seekers who are trying to work up the income ladder and so a lot of the folks I work with are minimum wage workers,” said Ridge Schuyler, dean of community self-sufficiency at Piedmont Virginia Community College.

Schuyler said the U.S. Department of Housing and Urban Development classifies the average rent for a two-bedroom apartment at $1,200 a month. HUD classifies an “affordable” rent as one that only takes up 30 percent of a household’s monthly income.

“My biggest challenge is that a single mother working as a certified nursing assistant at $28,000 a year can afford $700 a month in rent and she’s happy to pay that,” Schuyler said. “But she has nowhere to spend her money. That’s the problem.”

Schuyler’s comments came at a joint meeting Sept. 13 of the Charlottesville Planning Commission and the Housing Advisory Committee (HAC) held so the two groups could continue working through a list of recommendations inspired by a January 2016 housing market study conducted for the city by the Richard Charles Lesser Company.

Some of those original recommendations have been adopted.

In April, Council adopted a budget that doubled the amount of funding that goes toward the Charlottesville Affordable Housing Fund.  Over $16 million will be spent on affordable housing programs over the next five years.

In June, Council voted to approve the creation of a rental assistance program to increase the number of housing vouchers issued by the Charlottesville Housing and Redevelopment Authority.  Another idea in the works is the creation of a fund that would help pay for security deposits to encourage more property owners to rent to low-income families.

Volunteers, appointed officials and nonprofit leaders working as part of the city’s network of advisory groups are continuing to run through the rest of the RCLCO list to see what other recommendations can help lead to the construction of below-market units within Charlottesville.

The review by the HAC and the Planning Commission comes at the same time that the latter is reviewing the city’s Comprehensive Plan. That document is a general guide that directs the city’s overall policies including affordable housing.

One goal in the plan is for the city to meet a goal of having 15 percent of housing units be affordable to people making less than 80 percent of the annual area median income. However, the actual number has hovered around 10 percent for the past several years.

“We know that the way we have been doing it will not get us to the goal,” said City Councilor Kristin Szakos. “We want to change the way we do business. We need the planning commission to help us figure out what’s possible.”

The review of the Comprehensive Plan is intended to inform future changes in zoning. The two groups discussed policy changes that could help encourage the creation of affordable housing.

“If we had a better understanding of how big the problem was, we might be able to say that there are certain parts of the city that could handle more density and then incentives for bonuses related to affordability could come to pass in those areas,” said Kurt Keesecker, a member of the Planning Commission.

One idea that came up several times during the meeting is how to encourage private developers to build affordable units. Most in Charlottesville are built by nonprofits.

“How do we increase the number of affordable housing units?” asked Commissioner John Santoski. “How do we make sure that we have the right zoning in place and the right incentives in place so we don’t have to rely on the Habitat and Humanity and the Piedmont Housing Alliance to piecemeal this together?”

One idea would be for the city to enhance an existing policy that requires city staff to speed up development review for new residential communities that set aside 15 percent of units for families who earn less than 80 percent of the AMI.  Another would be to drop planning fees for such developments.

One Texas city also used that combined approach to help with a population boom from 1990 to 2010.

However, Mathon said the cost of land and construction in Austin rose too much such that the expedited review process no longer worked after a period time. Instead, city government began covering the cost of some infrastructure for units that provided affordable housing.

Planning Commissioner Taneia Dowell said she had some concerns about pursuing an expedited review process.

“Are we just going to have a team in the [Department of Neighborhood Development Services] who takes care of these reviews?” Dowell asked. “It seems to me that they already have a lot on their plate. Who’s going to be on the team?”

Missy Creasy, the city’s planning manager, said under the city’s existing expedited review process, plans must still be reviewed to ensure they are consistent with city ordinances. She says that frequently is not the case.

“Even though we may turn something around in the 21 days, it make take six or seven times to go through to get all the comments addressed because of the initial quality of the application,” Creasy said. “You can expedite, but if what comes in initially isn’t meeting the code and it takes a long time to get there.”

Mathon said the relationship between city planners and developers could perhaps be improved in order to ensure that funding sources don’t dry up during the lengthy review process.

“Whoever is applying for low-income housing tax credits, the biggest funding source for affordable housing nationwide, has statutory limits by which we have to have construction complete with a certificate of occupancy,” Mathon said. “In Austin, the biggest issue we had was the city permitting process and that absorbing nine months out of our two and half years.”

Another recommendation would be to reduce parking requirements for developers who build low-income housing.  The cost to build parking lots is often factored into the price of rent and waiving the need for more spaces could lead to more affordable units.

The chair of the HAC was skeptical of that approach.

“Parking becomes a thorny issue having to do with density,” said Phil d’Oronzio. “Who is building it and why? Who pays for it? What does it cost? How many do you have per unit? Do we really want to still build for car culture? And what effect does this have on affordability?”

Santoski agreed that parking is a cultural issue that comes up during many land use discussions.

“If you’re building something and you say, ‘We’re not going to have parking there,’ folks in the neighborhood around it will complain,” Santoski said.

Dan Rosensweig, a former planning commissioner and CEO of Habitat, said the Planning Commission and the HAC could further address the issue in the future because the link between parking and affordability is worth studying and better understanding.

“I think this would be a really good thing for us to throw ourselves into,” Rosensweig said.

September’s meeting concluded with a pledge for the two panels to spend more time on the issue.

“We need a more robust connection between these two organizations,” said Commissioner Jody Lahendro. “We need to get together more.”