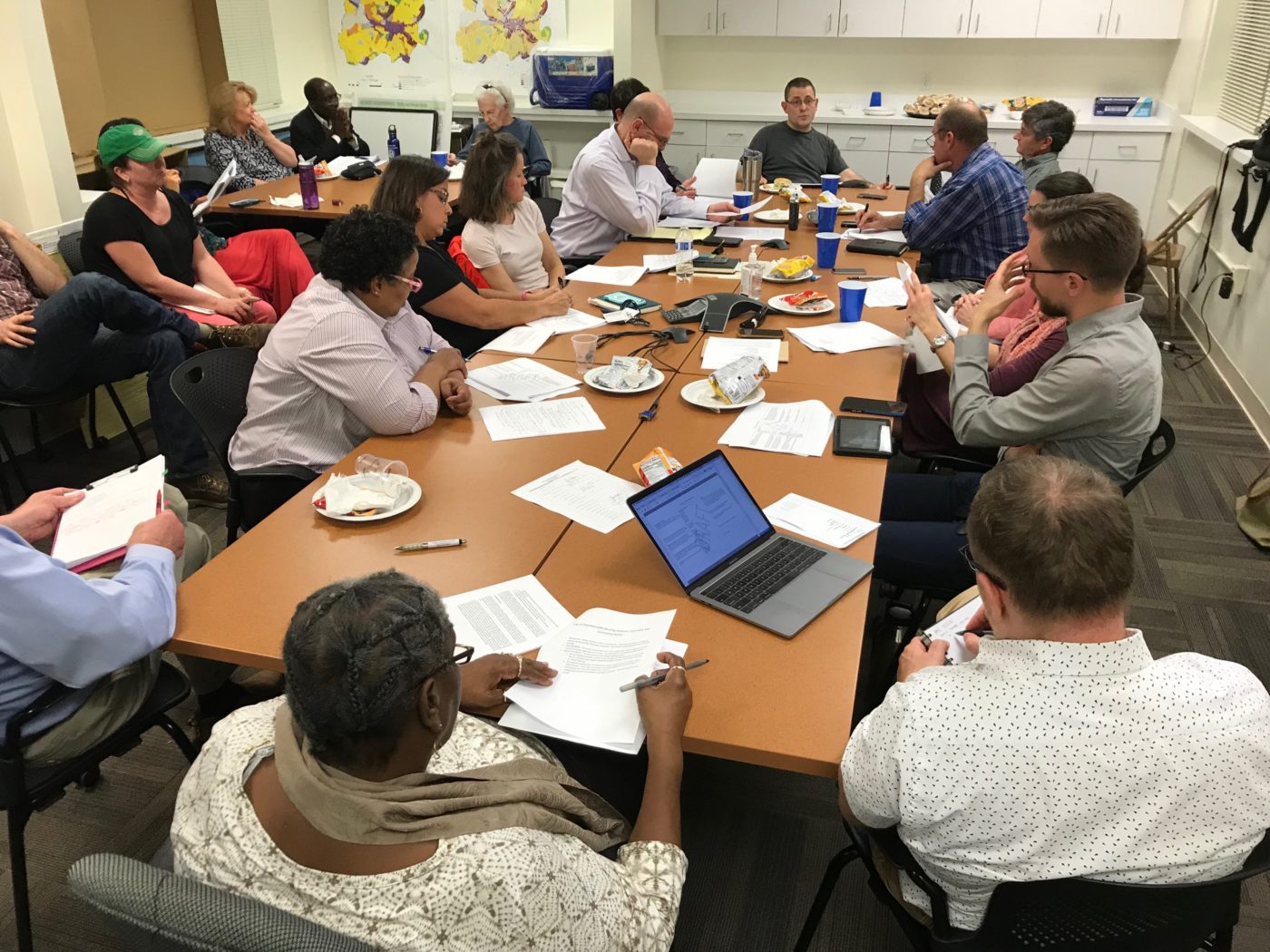 Charlottesville’s Housing Advisory Committee has spent the last year evaluating several ways the city can use its power and resources to increase the number of affordable living choices.

At this month’s meeting, the group discussed how city government processes might be adjusted to speed up the implementation of new policies.

“We need to get on the same page here, and I think that’s a process that is in process,” said Phil d’Oronzio, the chairman of the HAC.

One mechanism to reduce the cost of building new affordable units would be to create a land bank corporation that would have more flexibility on selling city-owned property. The General Assembly in 2016 passed a law allowing such entities.

In 2017, the City Council directed staff and the HAC to study the idea. A subcommittee met twice in last month and recommended a city ordinance to create the Charlottesville Land Bank Corp. The draft ordinance states the corporation would have the right of first refusal on any city property that might be sold. The main priority for the corporation will be affordable housing.

The council plans to take up the idea at a future meeting.

Another initiative that has been through the HAC review process is a $900,000 rental assistance program funded by the city. A contract between the city and the Charlottesville Redevelopment and Housing Authority was signed in January, three months after the council approved the program.

That delay was caused in part by a disagreement between staff and the HAC about how to implement the program. Some HAC members want to iron out potential issues with the land bank before the ordinance goes before the City Council.

“Are we going to get in the same situation where we had with the vouchers where we have two competing proposals?” asked Dan Rosensweig, the executive director of Habitat for Humanity.

D’Oronzio said the hope was to get the staff report to HAC members before it becomes part of the next City Council agenda.

“So if there’s anything that can be quickly smoothed over, you all can at least have the chance to say so,” d’Oronzio said.

Rosensweig said he was concerned that the council will once again be asked to select between the staff’s version of a policy and the HAC’s version.

“Don’t get me wrong,” Rosensweig said. “I’m not trying to have an us-versus-them conversation. How do we utilize the expertise of staff and perspective of multiple departments?”

City Councilor Heather Hill, a HAC member, said she would be meeting with the city manager to discuss how the process will work going forward.

“We are definitely having a meeting set up so that we are not dealing with this every time we have a [proposal] coming from this body,” Hill said.

“If there are substantive differences, it shouldn’t go to council that way,” said Lesley Fore, a HAC member who represents the Local Energy Alliance Program. “We should reconvene the subcommittee and work it out with staff.”

“Your proposed land bank ordinance is presented as-is to City Council,” Pethia said. “Through the staff memo, if the staff has disagreements or alternative recommendations, those are placed within the memo. We do not present two separate ordinances.”

Joy Johnson, of the Public Housing Association of Residents, asked why staff’s thoughts wouldn’t be reflected in the ordinance.

Pethia said staff is not part of the HAC but provides support and reviews projects.

The director of the Department of Neighborhood Development Services reminded members that HAC is an advisory body.

“It makes, reviews, analyzes and makes policy recommendations regarding affordable housing or housing in general,” Alexander Ikefuna said, adding those recommendations must go through multiple offices to determine various impacts of implementation.

“As an advisory committee, it is not a given that every time you make a recommendation, the entire recommendation will arrive without any changes,” he added.

“Before it’s final, we’re working with staff to come up with a document that is given to City Council,” Johnson said.

D’Oronzio said HAC members are concerned that their feedback can get lost along the way.

“It’s an advisory committee that has been asked to give advice,” d’Oronzio said. “The HAC needs to be able to present its advice.”

Rosensweig said staff and HAC have to be on the same page.

“We have to get to a place where it’s not us and them,” Rosensweig said.

Rosensweig suggested if there are differences between the HAC and staff on the land bank corporation ordinance, the item could be further refined.

“Obviously, we don’t want to delay this thing for a long time, but I think we want to get it right and the most important thing we consider is the trust of the public,” Rosensweig said.

The HAC also discussed whether it should ask the council to expand or refine its membership.

“One of the questions I think is worth being transparent and cognizant of its membership,” said Sunshine Mathon, executive director of the Piedmont Housing Alliance. “I do think there’s value in being deliberate about who we are now compared to who we were a year ago before Aug. 12 happened.”