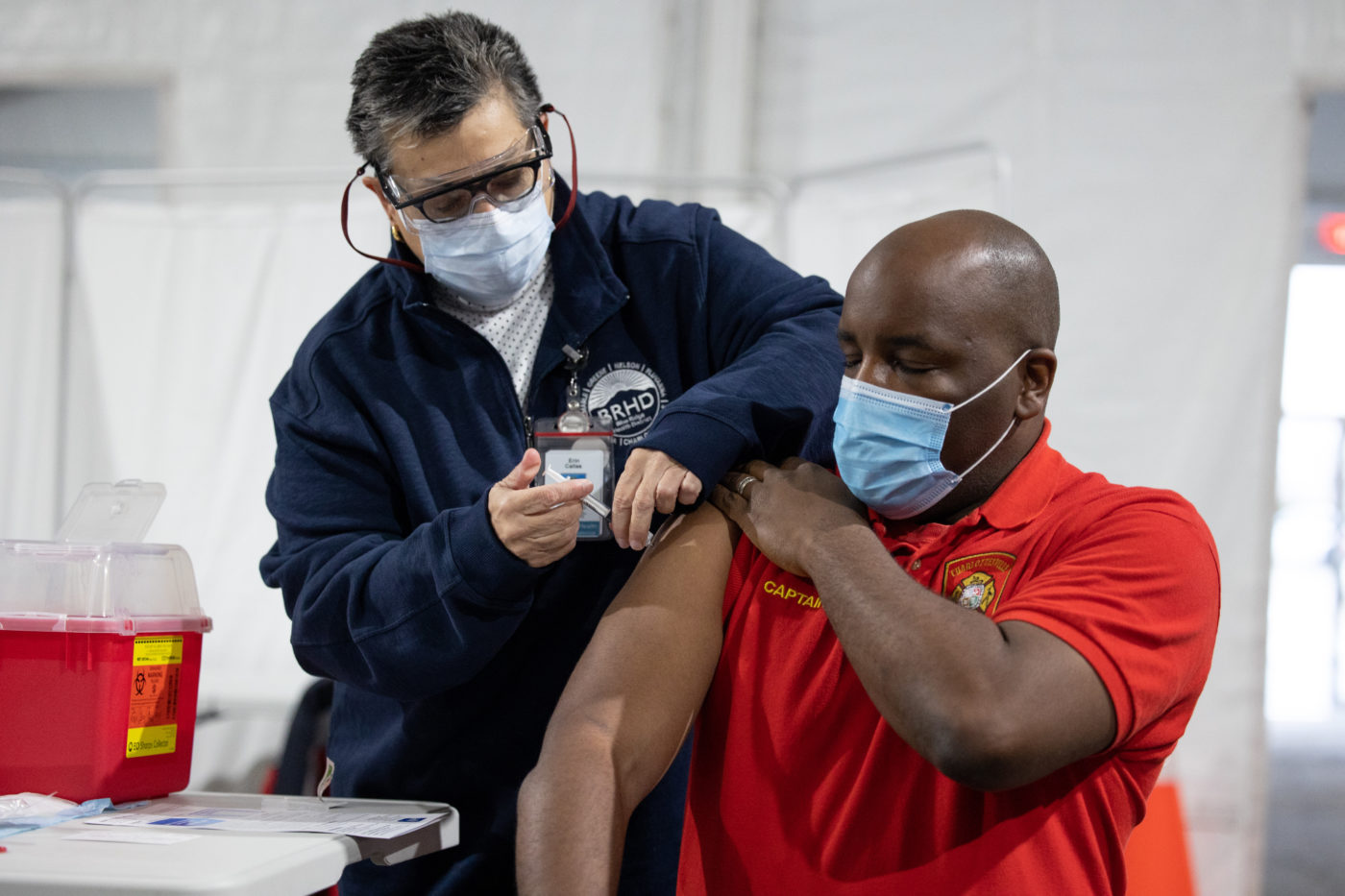 Local health officials are postponing the release of plans for how they intend to provide booster shots to the nearly 150,000 fully vaccinated people in the Blue Ridge Health District until it receives final federal authorization.

Last week, the U.S. Department of Health and Human Services announced it’s recommending all vaccinated individuals receive booster shots eight months after receiving their second dose to “maximize vaccine-induced protection and prolong its durability.” The agency already is seeing evidence of the vaccine’s waning effectiveness in the number of “breakthrough” cases of vaccinated individuals becoming infected by coronavirus.

The agency said it is prepared to begin giving booster shots the week of Sept. 20.

But before that can happen, the Food and Drug Administration and the Centers for Disease Control and Prevention must review the safety and efficacy of a booster and grant final approval.

Still, state officials have said they are already prepared to administer a third dose.

The Virginia Department of Health “and local health departments now have experience in planning and carrying out the logistics of a large-scale vaccination effort, and rebooting that for booster doses will not be an issue,” Dr. Danny Avula, the state’s vaccine coordinator, said in a statement. “The infrastructure for administering the booster doses is already in place.”

The first COVID vaccines arrived in Charlottesville in December and were available only to frontline healthcare workers at University of Virginia Medical Center. Healthcare workers who received those early doses are now roughly eight months out from their second dose.

Vaccine supplies remained tight in the Blue Ridge Health District through about February, during which time only healthcare workers, individuals who lived in long term care facilities and some people over 65 were eligible.

It wasn’t until March that supplies became more widely available and on April 1, the health district began vaccinating the general population.

Because of that timeframe, many fully vaccinated people will become eligible for a booster around eight months following that March to May window, when the largest number of vaccines were given. That means roughly November to January.

“We will provide updates on COVID-19 booster doses for the general public when available,” the local health district said in a statement. “If FDA and CDC [Advisory Committee on Immunization Practices] recommend them for the general public, we anticipate the rollout of booster shots will take place over the next several months.”

This third dose was approved by the FDA and CDC earlier this month.

A third dose is different from a booster, the health district has said.

“It is the intent and timing that makes a 3rd dose different from a booster,” the district said. “Third doses are given to improve immunocompromised people’s immune response to the 1st and 2nd doses, administered 28 days from the 2nd dose. Boosters are given to people after immunity wanes over time (to boost immunity), and thus administered 8 months or later than the 2nd dose.”