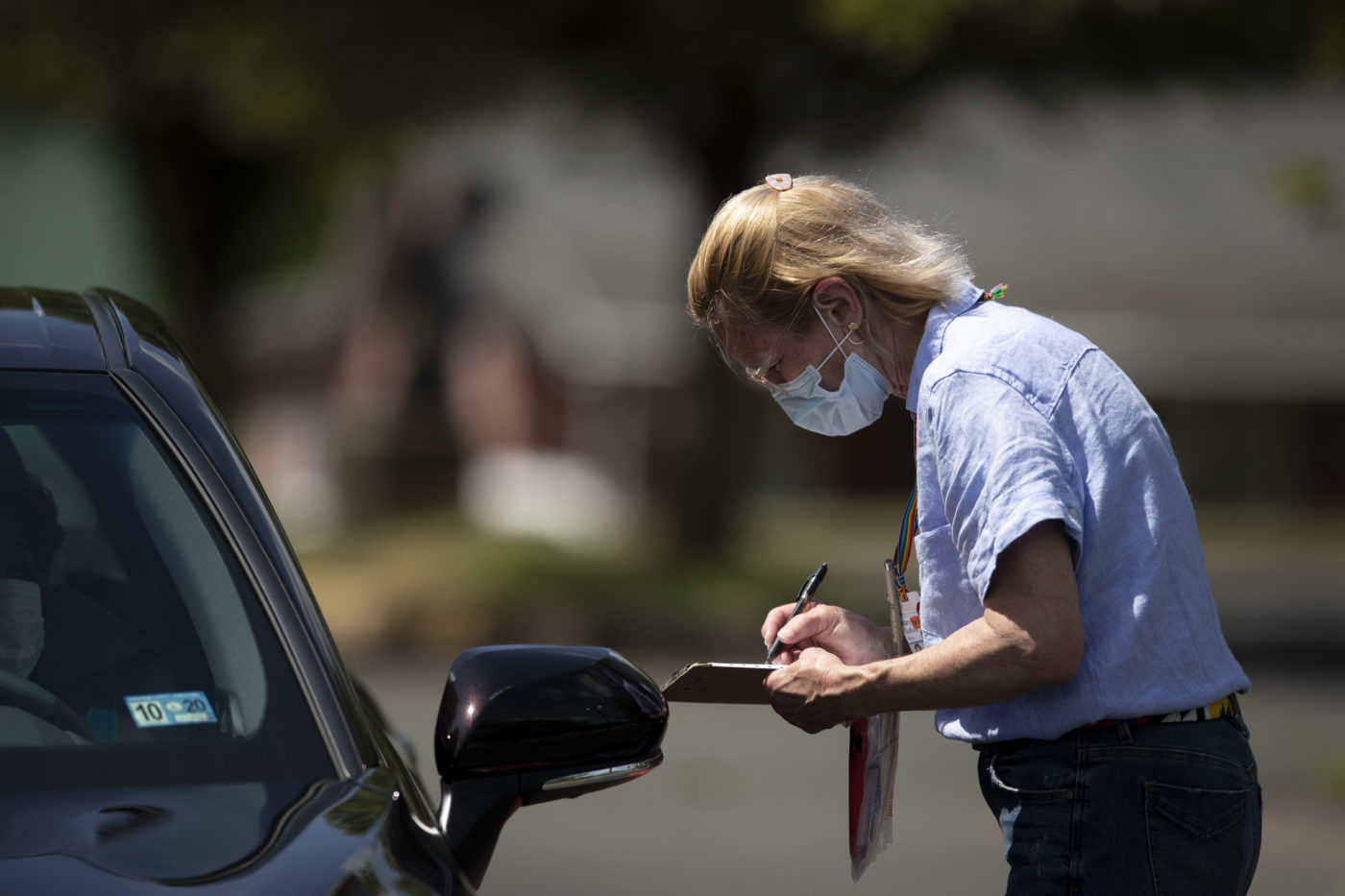 A volunteer takes down a community member's information.

Although the area is expecting an increase in COVID-19 cases, the Thomas Jefferson Health District has indicated support for Charlottesville City Schools’ plan to resume in-person education in January.

There have been no outbreaks in the schools served by the Health District, said Ryan McKay, a TJHD senior policy analyst, describing the ways that local schools providing in-person learning while coping with the pandemic a success.

McKay stressed that at this time, the Health District “definitely” supports CCS’ January plans, saying that while cases have emerged in schools, there have not been in-school transmissions.

“[This] is really a huge success,” he said, giving credit to the schools following COVID-19 safety protocols, including schools implementing symptoms checks at their buildings, social distancing and handwashing, among others.

Last month, Charlottesville Tomorrow reported that the area had reported low numbers of COVID-19 cases, while other parts of the state had seen an increase.

As of Thursday, the Health District had the lowest number of cases per 100,000 people in the state.

Charlottesville City Schools stakeholders, including parents, have voiced concerns regarding an expected spike in COVID-19 cases following the holiday season, as well as the flu season, if schools were to reopen in January.

While McKay also said he worries about the surge, he vouches for the city schools to reopen in January, saying that schools operating in-person learning have had great successes.

People have been traveling and have been engaging in activities regardless of the holiday season, he said. That has not previously affected the number of COVID-19 cases in schools, he noted.

“We’ve had extended weekends with a number of school divisions that are open throughout the district, and when students have come back, there hasn’t been an increase of cases — a significant one that would give us a pause,” he said.

Being concerned about the holiday season does not influence his opinion about reopening schools in January, he said, in large part because of the ways that local schools have been operating so far with following precautionary measures.

“There could be that sort of argument of what are we doing on weekends? If students come back in February, what have they been doing before you bring students back in-person because I imagine they’re [going] to be a lot of students who go to some sort of childcare setting,” he said.

“So, I’m not worried about that because I don’t think unless we have massive amounts of cases in the community where it’s clear there are [going] to be concerns in terms of exposure, I don’t know that there’s [going] to be a perfect time for students to come back.” 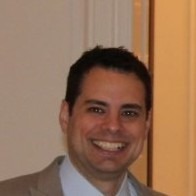 Ryan McKay is a senior policy analyst for the Thomas Jefferson Health District.

There’s always going to be some level of risk, he said, adding that the emphasis should be more about the way people are going to manage the risk within the setting.

He boasted that Charlottesville is in a better position than other parts of Virginia, adding that people should focus on how that translates to the schools.

The area, he said, not just from a public health department, but as a community, has created a culture of commitment to adhering to the guidelines that has reduced the spread of the virus.

“We can say that we’re supportive of schools reopening in January, that masking policies, limiting the size of social gatherings, all of those things, have sort of been ingrained in our community,” he said.

“We’ve seen rising case numbers. We’ve not gotten to this point where we feel like we shouldn’t be reopening schools. That sort of community culture of adhering to the guidelines has set us up well for being able to reopen schools and bring students in for in-person instruction.”

The city schools, according to the reopening plan, would allow younger children to attend in-person first. And then the plan is to proceed with the older children.

The division aims at getting the buildings ready by early January.

Beth Cheuk, city schools spokeswoman, on Thursday afternoon wrote in an email that the School Board is likely to vote on the reopening plan on Dec. 16.

“Depending on the health data, etc., they may change the timeline for implementation,” Cheuk said.

The city schools recently surveyed parents about whether they’d prefer sending their children to school in-person or stay virtual. Cheuk said 89% of parents responded to the survey, and 63% have picked in-person instruction for 2,406 of the divisions’ pupils.

Some parents have said that they have been concerned about the city schools’ plans because the survey forced them to make a tough decision to either choose in-person instruction or remain virtual. And regardless of their decision, they said they had to stick with it for the remainder of the year.

“We appreciate parents and guardians making these difficult decisions; it’s very helpful to us in our planning,” Cheuk said. “As always, we will work with individual families whose situation has changed.”