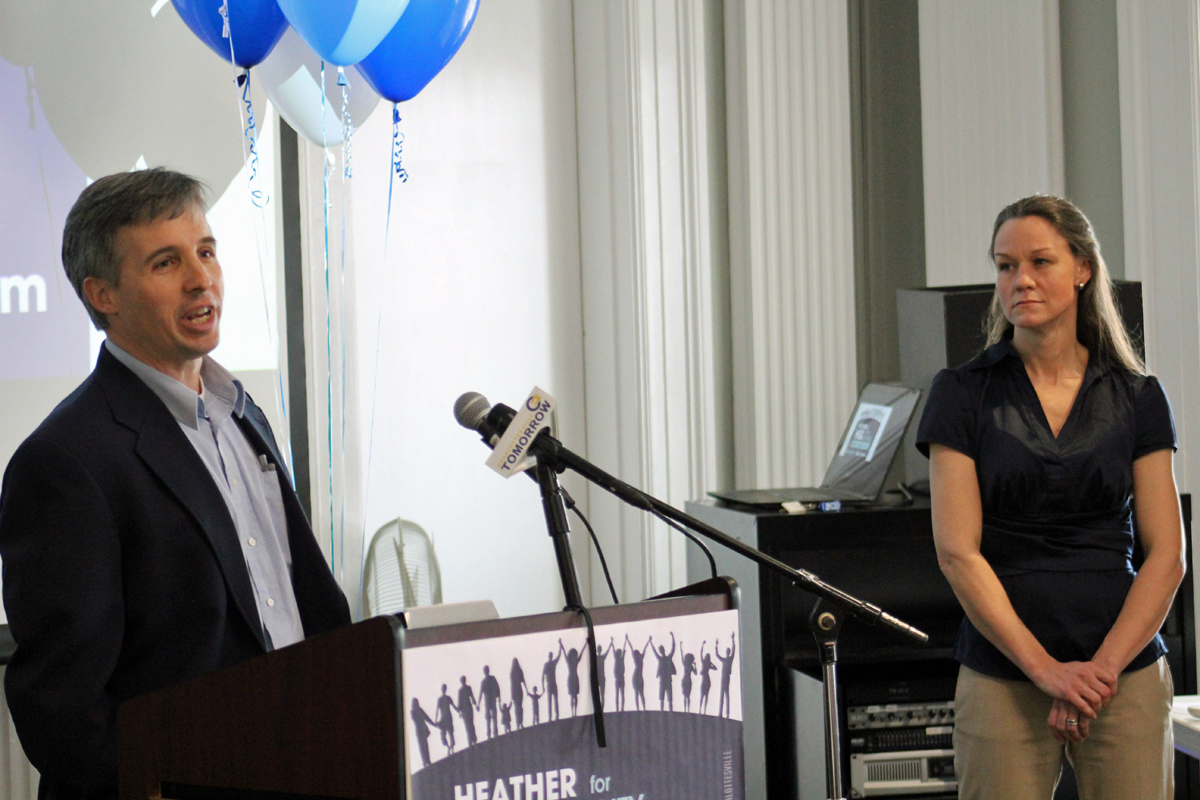 Heather Hill, right, listens as Eric Anderson, head of school at the International School of Charlottesville, introduces her at her campaign announcement.

Hill, a former Charlottesville Tomorrow board member, is running to fill one of two open seats. The terms of Councilors Bob Fenwick and Kristin Szakos expire at the end of the year.

Szakos, a Democrat, said in January she will not seek another term. Fenwick, elected as a Democrat in 2013 after two unsuccessful bids as an independent in 2009 and 2011, has not yet announced his intentions.

In her announcement Tuesday, Hill, a Democrat, said her campaign will focus on equality and the economy.

“There are families struggling throughout our city to cover the most basic costs of living,” she said. “Luckily, new and growing businesses as well as local development initiatives need a skilled workforce in our urban center. Strengthening and expanding the bridge that connects these needs is important for both residents and businesses to survive and thrive.”