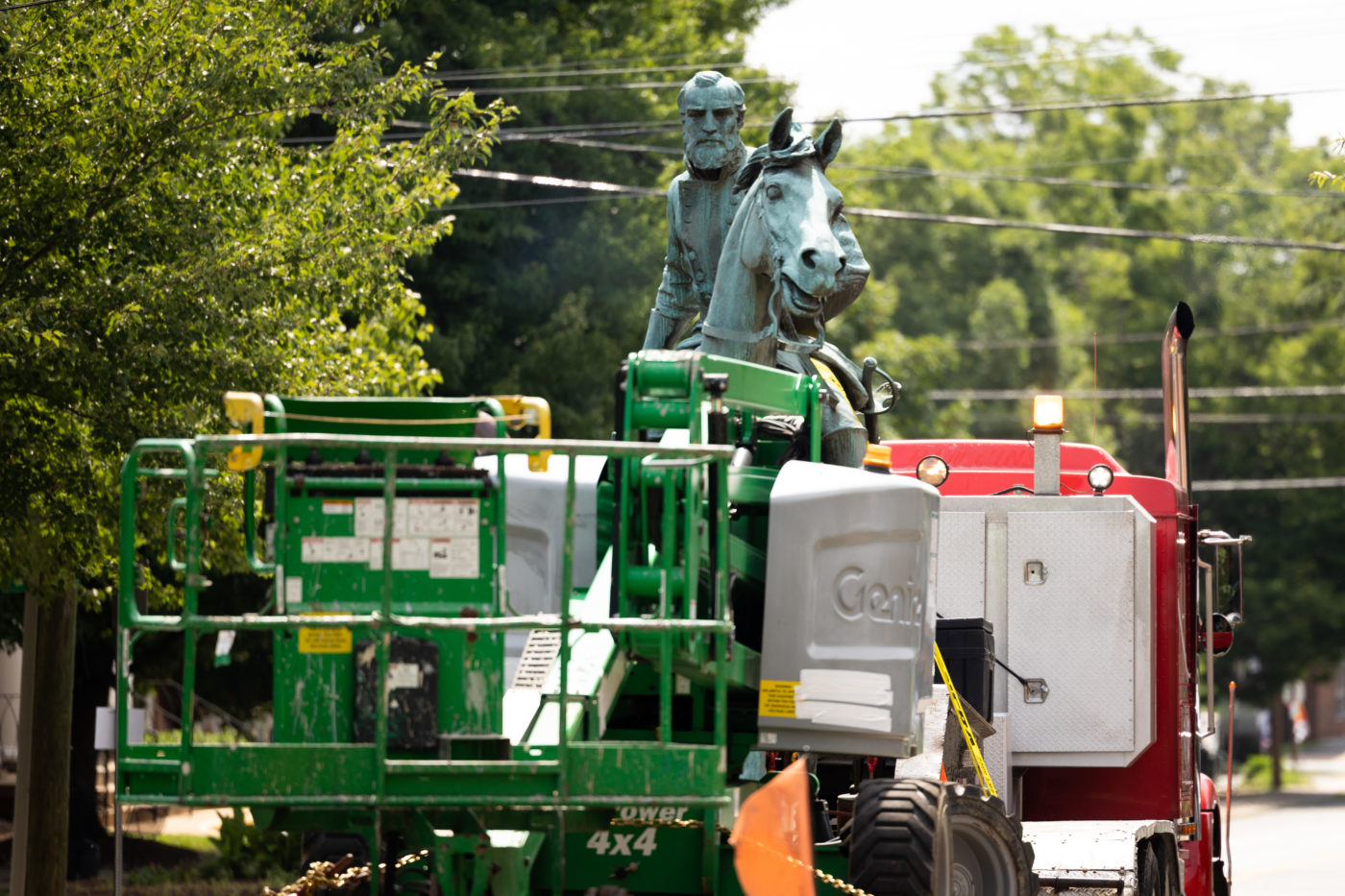 With just 333 people, Goshen, in western Rockbridge County, struggles to attract visitors, the town’s clerk wrote in an email to the Charlottesville city manager in June. But, more than that, many locals are “concerned about the historical value” of the Confederate monuments being removed from public view around the state.

“If we thought begging would do any good, we would be happy to beg for the honor of receiving these statues!” Sheila Sampson, Goshen’s town clerk, wrote. “The statues would have a great home here in the Town of Goshen and we know that our residents would be proud to have them on display here.”

Goshen’s request is one of 32 that Charlottesville City Manager Chip Boyles received between June 7 and July 21 from people and entities who wish to take ownership of the city’s now-removed statues of Confederate Gens. Robert E. Lee and Thomas “Stonewall” Jackson.

More requests may yet arrive. The city has extended the time period during which it will accept statements of interest. State law only required they accept such offers until July 7.

“There’s no need, in terms of the final disposition, for us to rush or say that the offers that we’ve gotten during that period are the only ones we’ll ever look at,” said Michael Payne, a Charlottesville City Council member.

That does not mean the already received requests are out of the running, Payne added. The council has yet to discuss what it will do with the monuments — and there is no deadline for them to make a decision.

Of the requests in hand, more than half are from individuals. Many are people who wish to display them on their private properties.

“The Confederate statues being removed from sight should come to Texas where we will give them a place of honor to be viewed by all patriots who wish to keep our heritage strong,” Ed Atkinson wrote to the city manager on July 14 in a request to take the statues and put them on his private land in Hondo. “Your leaders, your city has no honor and does not deserve a place of heritage in history.”

In another request, a woman from Pennsylvania offered to put them up on her farm.

“You should be ashamed of yourself for allowing them to be removed,” she wrote on June 9. “But since they are coming down I am trying to find a place for them.”

Aside from individuals, the city has received requests from a local chapter of the Sons of Confederate Veterans, and a slew of historical organizations and museums.

The Shenandoah Valley National Historic District — which took possession of Albemarle County’s “Johnny Reb” statue — expressed interest, as has a group called the American Historical Veterans Monuments and another called the Gettysburg Sculpture Museum. Neither has an active website.

A handful of groups asked to take the statues and use them to educate people about the United States’ racist history.

The Jim Crow Museum of Racist Memorabilia, which is part of Ferris State University in Michigan, was one such group. That museum claims to use “objects of intolerance to teach tolerance and promote social justice.”

“The objects displayed in Michigan’s newest museum range from the ordinary, such as simple ashtrays and fishing lures, to the grotesque — a full-size replica of a lynching tree,” the museum’s website says. “But all are united in a common theme: They are steeped in racism so intense that it makes visitors cringe.”

Another group offering to recontextualize the statues is an art gallery from California. The gallery, Laxart, is planning a major art exhibition in which it hopes Charlottesville’s monuments will take center stage.

“The statues will each be given to an artist to use as the basis for a new work of art,” Laxart’s proposal to the city said. “After the events of August 11 and 12, 2017, the Charlottesville monuments became infamous. Wittingly or not, those who rallied around them exposed these statues for what they are, namely symbols of white supremacy. In addition to contextualizing the monuments socially, historically and art historically, the exhibition will squarely critique and confront the Lost Cause, framing it as the intentional rewriting of history which has acted as a highly effective propaganda campaign.”

Several council members have said they would like to see the monuments recontextualized in a way that highlights the racist history of such statues and of the Civil War itself. At the same time, they said, they will not vote to give the monuments to any group or individual who intends to display it in a way that venerates or celebrates the Confederacy.

“We just want to be 100% sure that any final disposition is going to 100% guarantee that it is going to be a transformation of these statues,” Payne said. We don’t want to “just put it in a battlefield somewhere where it’s without context and still being celebrated.”